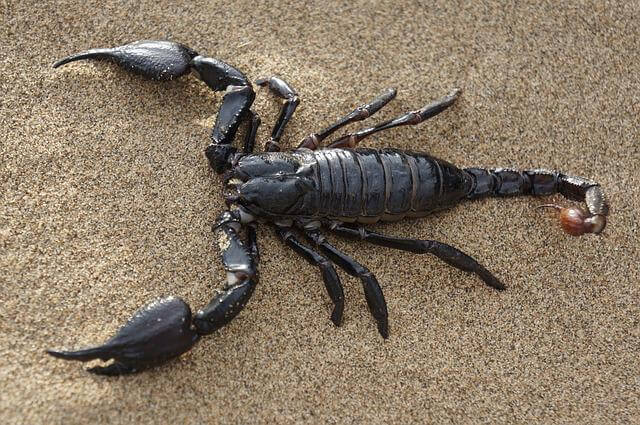 In Vedic astrology, the Zodiac sign scorpio is also referred to as Vrischik Rashi. It is the eighth of the 12 zodiac signs and is derived from the Scorpius constellation. Scorpio, a sign of the water element, is a fixed sign with a negative polarity.

Scorpios are passionate, powerful people who focus more intently, deeply, and intensely than other signs of the zodiac. The 8th house is ruled by the zodiac sign Scorpio, which stands for longevity, death, and resurrection.

Water as the Element, with Fixed Negative Modality.

Although Western astrology regards Pluto as the sign's ruler, the warrior planet Mars rules the zodiac sign of Scorpio.

Mars' impact on Scorpio may have contributed to their being characterised as a difficult or grumpy child when they were young. Although Scorpios appear to be peaceful most of the time, they actually have a lot of rage and violence within of them because they were unable to comprehend how the world worked. They were viewed negatively because they "argued" (questioned the authority) and did not just do what they were told. They might have grown to have a dark or cynical sense of humour as adults, especially as a coping tool.

It's important to make the most of your anger and irritation with the world; it's not necessarily a bad thing to feel this way. The greater good can be achieved by channelling this energy. The only way one can experience the bad affects or side of this rage is if they allow it to control them rather than exercising self-control.

The power of Mars can help those born under the sign of Scorpio find the strength to stand up for what they believe in, which is more important than ever.

Scorpions have forceful voices, angular features on their faces, broad shoulders, and a robust torso. The sexual organs of a Scorpio are one of their greatest pleasures and worst burdens. Scorpions are recognised for their high levels of vigour, creativity, and joy.

You have plenty of energy, but you need to refuel when it runs out. The impulse to accomplish things on your own, excessive stress, and work overload can lead to insomnia, tiredness, and other disorders. Elevated stress causes problems with the nervous system. You generally have a good immune system. You are able to control any health problems you may have as a result, and you recover rapidly.

According to astrologer, the reproductive system is associated with the sign of Scorpio. This area is visibly weak or fragile due to its high sensitivity. The Scorpios might guard against intense sexual need by concentrating their efforts on artistic pursuits. Additionally, they must safeguard themselves against illnesses of the reproductive or urinary tracts as well as infections, haemorrhoids, ruptures, and disorders.

·        Scorpios frequently come out as haughty, jealous, and manipulative because to their need for power.

·        Scorpios are adamant about getting back with those who have wronged them in the past.

·        A Scorpio finds it challenging to down their guard. Because they are afraid of losing that person, once they let someone down, their possessive and controlling side may show.

·        Scorpios might come out as haughty, menacing, and dark since they are rather withdrawn and have an unreadable countenance.

·        Because of their concern for the security of others, Scorpios have a propensity to become overly defensive.

·        Scorpios are prone to feeling resentful or envious of their friends, partners, and coworkers.

·        Catastrophizing, or expecting the worst to happen, is a behaviour Scorpios have that is bad for their mental health.