Why Are Teens So Moody And Impulsive? 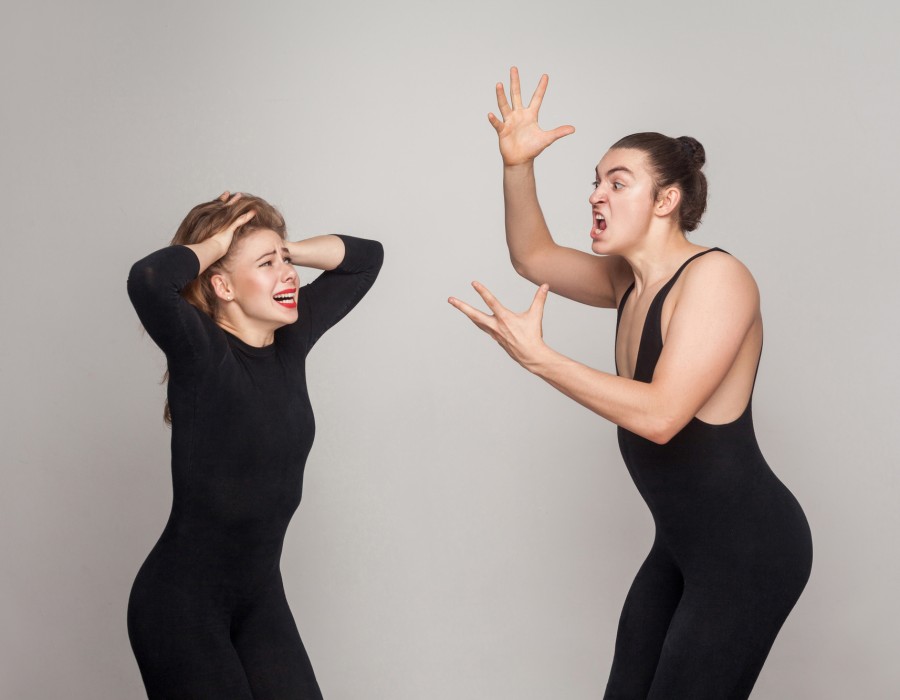 Parents often complain their teenagers are moody, impulsive and self-centered -- but it may not be their fault.

The secret to understanding teens' behavior may lie in understanding their brain chemistry, says Dr. Frances Jensen, chair of the University of Pennsylvania neurology department and author of The Teenage Brain: A Neuroscientist's Survival Guide to Raising Adolescents and Young Adults.

Jensen, a neuroscientist and mother of two teenage boys, describes adolescence as the "second critical period of development," after early childhood. The brain is developing until the mid-20s, she explains, and this has significant implications for young adults' emotional lives and decision-making.

In a recent interview with HuffPost Science, Jensen answered some of our questions about the mysteries of the teenage brain.

What inspired you to study the teenage brain?

I’ve had a career for many years looking at brain development. When I was doing all these experiments in my lab, I didn’t realize that I also had an experiment going on in my house with my sons, who were definitely changing, to say the least.

What was going on with my sons was fascinating -- and it was also frustrating. So I decided that I would turn my potential anger and frustration into curiosity, and given that I was already in brain development, I just switched my focus to a different window of development, and I realized that there was a wealth of extremely recent information and a lot of this research just wasn’t getting out to the public.

What makes the teen brain so different from the adult brain?

It was only recently that scientists realized that the brain is the last organ in the body to reach maturity and that it does not reach maturity during puberty. Development goes on into the mid-20s. That was big news, and people only became aware of it in the early 2000s when it was starting to hit the literature... As a parent and a scientist, it all started to gel for me. In every species that we look at, it's the last organ in the body to reach full maturity. Because the brain is built on experience, and it takes the first two and a half decades of life to sort of "scaffold" the brain. During the teenage years, your brain is actually stronger for learning and memory and being imprinted upon than it will be later in life. It’s a carpe diem point.

Of course, there are a lot of weaknesses, and that’s what you’re picking up on as a parent -- Why did this smart person do this really stupid thing? What are they thinking? Do they think? -- And a lot of that has science behind it. It’s made me a more patient parent.

In terms of decision-making, would it be accurate to say that teenagers are wired to be risk-takers?

Yes, it is absolutely accurate. What we know is that the frontal lobes -- which are the seat of executive function, decision-making, empathy, judgment, insight and impulse control -- are the last places that hook up to the rest of the brain during development.

It’s not that teens don’t have frontal lobes -- they can still do really well on their SATs and reason through things. But split-second decision making is a weakness. They don’t involve their frontal lobes and that explains the, “Oh I’ll take a left into oncoming traffic because I think I can get past that truck barreling towards me.” So we think the risk taking is very much biologically based and teens are very impulsive.

Their decisions -- especially the split-second decisions, which are more vulnerable -- are also under more emotional influence than they are in an adult. The emotional areas of the brain (the amygdala, the lymbic system), the reward systems and the systems for sexual desire are hooked up to the rest of the brain ahead of the frontal lobes. So they have high emotional responses. And fMRI has shown that the limbic systems light up much faster and much more intensely [in teens] than adults. That’s partly because they don’t have the frontal lobes to say, “There’s a way out of the situation,” or “There are going to be consequences if you get mad at this person.”

Their decisions may be under more emotional influence than they will be later in life, because there’s an imbalance between the two systems.

Does this also explain why teenagers are so moody?

We believe this [imbalance] contributes to the moodiness and can increase the stress response, too. This is a concern because too much stress in the teen years changes the way your brain develops -- it can actually set up neurochemical imbalances that increase your risk for depression in later life.

Where do hormones fit into this picture?

Hormones causing moodiness is kind of the myth. There’s much more to the story than hormones, and that’s a really important thing to get across. It’s more about the imbalance between your frontal lobe and your limbic system than it is about the hormones that are being produced the testes and ovaries running around in your bloodstream.

There’s much more to the story than hormones.

However, their brains are seeing levels of hormones that they’ve never seen before, and they have to learn to manage those hormones. It is a learning curve on how to manage the ups and downs of a testosterone surge or the waxing and waning of estrogen and progesterone through the menstrual cycle... Through experience, the brain will dampen the fluctuations in behavior in response to fluctuations in hormones.

Teenagers today are more connected to digital devices than any generation before them. Should we be concerned about how this is affecting their brains?

There’s a couple things to be said about the digital invasion of our brains at that age. The first is yes, this is a thing of the future -- it’s not going to go away and it’s probably only going to get more intense. The amount of information that's coming at teenage brains is unprecedented compared to any other generation. They’re also going to have to grow up in this world and they have to adapt.

But they're not perfect. I cite a study in the book about teens' ability to multitask, which finds that they’re better than other generations simply because they’ve grown up on this. But they still do better when they’re focusing on a single task rather than on multiple tasks. That’s important for teenagers to know because they’ll still suffer the consequences of divided attention for encoding and recall of information.

In the book, you talk about some of the particularly negative effects that smoking, drinking, marijuana and other drugs can have on the developing brain. Why might these substances be more dangerous for a teenager?

Here’s another myth to be debunked: Teens are not as resilient as we think they are. People say “Oh, they’ll bounce back,” but they don’t. Drugs and alcohol and stress work on, guess what -- brain synapses. They have more [synapses] than we do, and it’s not a stretch to suggest that those drugs will have more of an effect in the moment on those brains than they would in adulthood. With cannabis, the effects last longer for a teenager and the residual impairment of synaptic function from smoking pot can last for days.

Likewise, binge drinking can actually cause brain injury in the adolescent with alcohol levels that would just cause severe intoxication in an adult. So there’s the acute effect. But in addition, their brains are growing every day during this period. You give a drug, you put the brain development on hold or set it backwards. After the drug has cleared the system, the brain is not in the place it’s supposed to be three days later. You’ve actually changed the way the brain is developing, and neurochemical systems start to change.

A recent study found that helicopter parenting can negatively affect teens by lowering their self-esteem and increasing risky behaviors like binge-drinking and shoplifting. Is there a neurological basis to this?

What you’re going to get with helicopter parenting is a kind of learned helplessness. The kids have never had to make a decision. They’re not even aware that there are decisions there to be made because they were denied the awareness of the decisions by the parents. I’ve heard another term people have been using in the past couple years -- “bulldozer parents” -- who are the ones who clear the future for their kids so that they can just walk through.

I think parents should make sure they stay out of the day-to-day trial and error, because your kid is going to need to use that experience to learn when to take a risk and when not to take a risk.

What you’re going to get with helicopter parenting is a kind of learned helplessness. The kids have never had to make a decision, they’re not even aware that there are decisions there to be made.

So what should these parents do?

Do with this information what you will, but parents should be aware that this is a really important time for development… Helicopter parents are often very well-meaning, but they’d be better off helping their kids with their own introspection, which is something a teenager has a great deal of challenge with as they develop their frontal lobes and their own comfort with themselves. You can help guide them through discussions, making them answer their own questions but structuring it for them.

It’s like Malcolm Gladwell’s 10,000 hours [of practice at a skill]. If you deny your kid those 10,000 hours, you’re doing irrevocable damage to their future, probably.

Any other neuroscientist-approved advice for parents -- or teenagers themselves?

Being armed with facts can help you be a more patient parent because you understand the neurobiology. It also helps the kids themselves. When I give talks to kids, they’re really excited to hear that they’re seeking their identities in these years. They can change their fortunes. If you’re not a scholar at 14, it’s important for you to know that the doors aren’t all closed.

Their mistakes shouldn’t define them; they have a lot of capacity to change. We have to understand that as a society too -- there’s a huge amount of dynamic change that can happen.

This interview has been edited for length and clarity.

How Playing At Online Casinos Is Beneficial

The Center for International Finance: The Cook Islands