Is Money the Root of All Evil? Experts Pick Sides 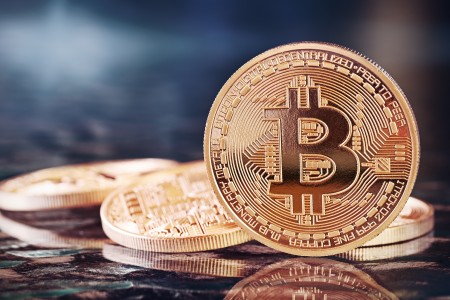 Money stresses us out even more than terrorism, according to the American Psychological Association, so it's understandable why some people consider currency to be especially evil. Money also greases the wheels of evil operations, from terrorist groups and violent dictatorships to human traffickers and poachers - just to name a handful. And the pursuit of material wealth can drive us to do some despicable things.

Yet money also does an awful lot of good. The most cost-effective charities can save a life for less than $5,000, for example. And while some might see it as penance for evil deeds, roughly 1.5 billion people give money to charity each year, with Americans donating more than $373 billion in 2015 alone. Plus, to continue with the clichés, both money and gravity are said to make the world go round, but we don't disparage the latter when we stumble. So what gives?

In search of answers about how much stock we should put into the dark side of money’s reputation, WalletHub posed one simple question – “Is money the root of all evil?” – to a panel of experts in the fields of finance, economics, psychology, theology and more. You can find their bios and responses below. And if you’d like to join the debate, just share your thoughts in the comments section at the end of the page.

Yes, Money Is the Root of All Evil
None of the experts on our panel believe money is inherently evil. But if you believe there is a case to be made in that regard, let us know.

Money Is Not Evil, But It Can Be Used for Evil
Highlights:

Evil results when we do things for the sake of money. It is wrong to exchange intrinsic values for the instrumental value of cash. Our deepest metaphor for evil makes this clear: it is wrong to sell your soul. The soul is priceless and non-exchangeable.
Andrew Fiala - Chair of the Department of Philosophy, Director of the Ethics Center, California State University, Fresno

I acknowledge that money, power, fame, intelligence, or beauty can powerfully influence the people that possess them. Once one has wealth one has the ability to exercise the full range of one’s desires in a way that a less wealthy person cannot. Having wealth, therefore, means that one has the temptation to give full rein to one’s desires. The temptation might even be considered like an addiction. Now, if one has evil desires – for example to harm, exploit, cheat, control, etc. other sentient beings – and if one has wealth, then one might perform evil actions. But the root of evil is human desire, not the instrument through which the desires are fulfilled.
Beau Shaw - Professor Department of Philosophy at Columbia University

The Love of Money Is the Root of All Evil
Highlights:
It is not money, per se, that is bad, but the desire that is kindled for more and more that is evil. It is evil because people infuse actual value into the money and material goods when they do not possess any intrinsic value. Thus, the person who is caught in this spiral makes a category mistake: he or she believes that they possess something of ultimate worth when they only possess a material transaction device. Since the most important goods in life: love, friendship, kindness and charity are not material, a flaw exists in the materialists’ logic.
Michael Boylan - Professor of Philosophy, Marymount University

Money in itself is not evil. We can see many wealthy but well-balanced people (like Warren Buffet or Bill Gates) who are generous givers to charities. But those who love money, putting it above other needs, making it an end (rather than a means to an end), are exemplars of unhappy people. As social psychologist David Myers (2013) reported in his cross-national research, the correlation is virtually zero between measures of wealth and happiness. We would assume poor people are less happy, but our data shows this is inaccurate.
Harold Takooshian, PhD – Professor of Psychology & Urban Studies, and the Director of the Organizational Leadership Program, Fordham University

While having money is a good thing, loving it—continually needing more of it—often leads to all kinds of trouble. Some companies which have introduced incentive plans based on individual and group performance were surprised to discover that aberrant behaviors ensued, ranging from interpersonal strife to illegal activities. On an individual level, there are many negatives attached to the excessive pursuit of money, including stress-related illness and marital conflict.
Paul P. Baard - Organizational Psychology, Fordham University