Adventures In Housekeeping With Teenagers 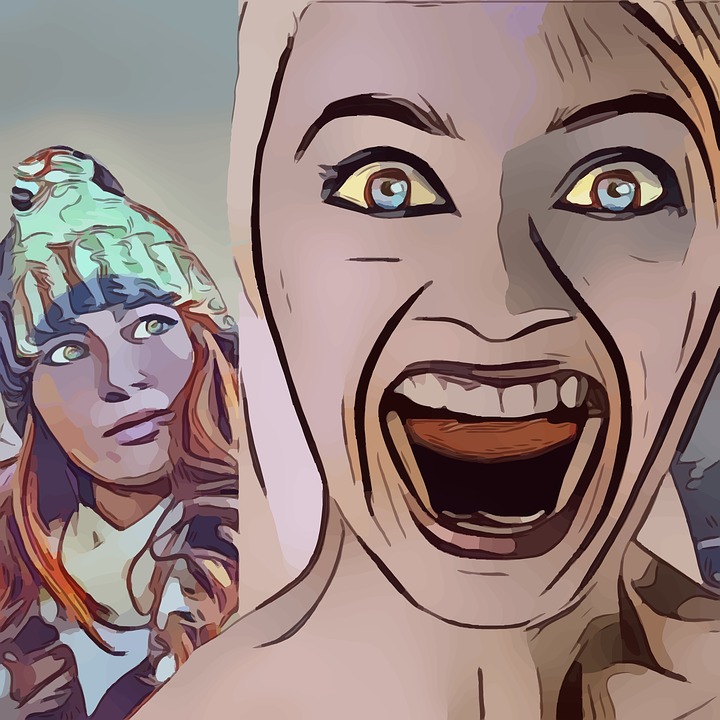 I’m not going down there, I said to myself as I squirted blue gel under the toilet rim. Not. Going. Down.
I have a housecleaning list, with tasks that need done weekly, bi-weekly, and monthly, like washing the towels, cleaning the mirrors, mopping the kitchen floor. And I ask for contributions from the fam. Especially over the summer, when the kids’ primary nod toward physical activity is the isometric couch roll, where they shift from one side of the rib cage to the other in an effort to reach the TV remote.
“Mom! Can you come and change the channel? The clicker’s, like, all the way over by the window!”
So I asked the nearly-thirteen-“I-am-now-a-man”-year-old to vacuum the dining and living rooms while I went upstairs to clean the bathroom.
The MGM lion roared out of his mouth.
“And use the Kirby,” I said.
Whale-song and emphysematic-camel-in-a-wood-chipper howls took over for the lion.
“But the Kirby’s so heavy! And it’s all the way in the basement! (If you read those last two sentences without inflecting an octave-up whine on the italicized words, go back and try it again.)
The Kirby’s too heavy? Says the boy who regularly tells me how much bigger and stronger than me he has become. Because he’s now one-quarter of an inch taller than I am.
He tried to pick me up once and it sounded like a Gatlin gun went off in his shorts. Yeah, Stretch. I still outweigh you by forty pounds, so if you want to throw down wi’cher mama, go ahead and bring it.
I left the man to wrangle the Kirby into place and I began work on the bathtub.
Before I even got the Comet sprinkled there was, downstairs, a bang. Followed by another. And some unintelligible, muttered words I decided not to investigate.
He does not need my help. I am not going.
The vacuum growled to life.
Another crash. “Aw, come ON!!!”
On my knees I scrubbed circles in the bottom of the tub with my scratchy-sponge.
Below me, in the living room, it sounded as though my son had undertaken hand-to-hand combat with a small band of psychopathic intruders. Or that a herd of wild boars were mating angrily with my Kirby.
Not rescuing him. Not validating this behavior. It’s vacuuming the carpet, not pick-axing granite boulders on a Louisiana chain gang.
After completing the tub I moved to the sink.
On the main floor a sound like someone pick-axing granite boulders on a Louisiana chain gang assaulted the threadbare fabric that is my nerve plexus.
“GEEZ!!!” echoed up the stairwell.
The woman in the mirror regarded me. I regarded her. Our eyes widened, our upper lips curled like Stallone’s, and our jaws took on a chiseled-marble appearance like those of Dwayne “The Rock” Johnson.
“I am not going down there,” I told the woman in the mirror, through clenched teeth.
Neither was she.
I scoured the sink, wiped down the toilet, and scrubbed inside the bowl.
The Kirby fell silent, but then I heard whipping sounds, like Indiana Jones had entered my home and found it replete with cobras.
Ah, he’s wrapping up the vacuum’s cord, I realized.
I continued to listen, monitoring my child’s progress. Because I am a mom who cares.
Those might’ve been choking sobs I heard. Or it could’ve been the cat suffering another bout of diarrhea.
Sure hope she doesn’t squirt it out in the living or dining rooms.
The boy returned the Kirby to the basement.
I returned to the main floor to find him on the couch, laptop on his stomach, earbuds snugged into his cochlear canals like two little umbilical cords. His eyeballs shot me the hairiest look of pure hatred I’ve seen since I French-kissed my sister’s husband at their wedding.
Totally kidding about that. I don’t even have a sister. But now you can picture the boy’s expression, right?
I knew he could do it, and without any intervention from Mom.
Think I’ll go make myself a stiff Margarita, then tell him I want him to mow the lawn.

The Future of Television, Past and Present

The Future Of TV Is Here. Can Cable Survive?

This Teacher’s Story Will MAKE Your Thanksgiving

Lives That Were Forever Changed Thanks to the Power of Generosity