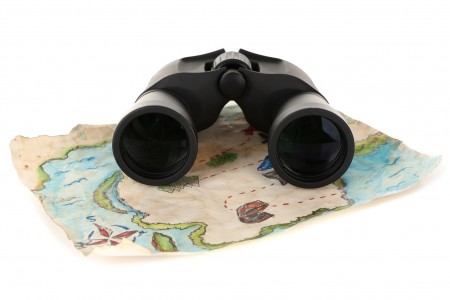 In 1988, I was a 21-year-old Naval Reservist living in Winnipeg. One evening I was taken aside by the unit Chief Clerk. He asked if I would like to deploy ‘somewhere interesting’, but with the Army, not Navy. Knowing only that the deployment was to be in the Middle East, I volunteered and started preparing for departure to the staging base in Montreal. Naval Reservists were not issued combat clothes, so every visit to the local base was done in my blue uniform. It was only a few days before heading to Montreal that I was finally issued the green combats that everyone else would be wearing. They were brand new with tags that read, “Do Not Iron”. The new combat boot tags said, “apply boot black only”, and came complete with a can of solution to keep the boots black and dull. As a good sailor I read the labels and followed the instructions.
Shortly after arrival at the base, we were told that we would be met and inspected the next day by someone called the “Regimental Sergeant Major”. I learned that this fellow would be a Chief Warrant Officer, a rank to be feared, and that our RSM was one of the last serving veterans of the Korean War. It was suggested that we should all be quite worried, and look sharp with no loose threads, with pant cuffs “properly bloused”, and with no drawstrings visible. No problem, I thought.
By morning, I had washed and hung my combat clothes to ensure that any creases were gone. I applied a fresh coat of boot black to cover any scuffs. I double-checked my uniform, pulled my black beret over my short-cropped hair, centered the anchor badge over my left eye, and headed out to fall-in with the others on the parade square. It was a beautiful sunny day.
There were 50 personnel on parade and I was the only one wearing a beret with an anchor sewn on it. As I looked around at the soldiers, I got a sinking feeling. The sun revealed 50 pairs of gleaming boots and combat pants and shirts with distinctively ironed creases. Giggles erupted from soldiers who saw my uniform, boots, and cap-badge. Someone said, “He is going to destroy you!” My mouth went dry as we were ordered to fall into our assigned parade positions.
The RSM arrived and started the inspection. He was tall and thin with small thick glasses that made his eyes appear huge and all seeing. As he walked along the row of soldiers, he stopped at each one. “Poorly polished boots!”, “railway tracks on pants!”, “loose thread!”, “lousy boots!”, “poor blousing!” Few seemed to avoid criticism, and for those that received it, a Sergeant wrote down details to ensure extra duties were assigned.
The fellow next to me got a loud blast about “poorly polished boots!”, I was going to really get it.
He was right in front of me now. I looked straight ahead, trying to stand as straight and tall as I could. I felt sick.
“Navy, eh?” he said.
“Yes Sir”, I choked.
“I see you read the instructions on the combats about not ironing, and you’ve properly applied boot black on your boots.”
“Yes Sir”, I croaked.
“Well done, Sailor.”
Serving with the army was going to be fine. I just had to follow instructions.

What is the significance of coinbase clone development services?

11 Point Checklist for Homes Being Sold

How to Use Ratings Systems in Horse Racing