When Racial Prejudice Smacked Me in the Head 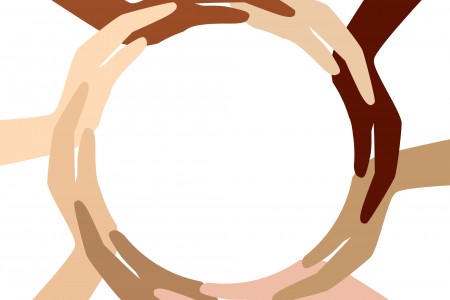 In college I took a class titled African-American Literature. That’s been a few days ago, but if memory serves I was one of no more than three white students in a class of eighteen or so.

Why did I sign up for it? I’d like to say it’s because I was radical about racial understanding. More honestly it’s because I never liked doing what everybody else does, and I figured not too many white, middle-class, northern-America English-ed students were taking that course to fulfill one of their lit requirements. (I was right.)
Incidentally, I signed up for Russian history for the same reason. I dropped it a week later because I didn’t speak Russian, I knew nothing about Russian history, and it’s pretty hard to take useful notes when you don’t know a Menshevik from a mensch, and you think the Ottoman Empire is a great place to buy footstools.
In African-American Lit we read W.E.B. Du Bois, Frederick Douglass, Maya Angelou. I learned more about slavery and the civil war and the minority experience than I had in every American history and literature and political science class I’d ever taken, all put together.
But the thing that smacked me upside my privileged, oblivious, majority-culture head was something one of the other students said during a class discussion. She explained, “When you’re black, and you do something wrong, like come late to class, people say, ‘Black people are lazy and irresponsible’. But when you do something right, like study hard and get good grades, people say, ‘There’s an example of a good black person’. If you perform badly, you’re proof of the rule; if you perform well, you’re an exception to it.”
I’ve never forgotten that, and I hope desperately that it’s made a difference in how I perceive and treat others.
In these days of prejudicial hatred and bloodshed, and brokenness across layered, tangled lines of ignorance and anger and unforgiveness, it’s easy to feel helpless to do anything to turn the tide or change the culture or make any kind of meaningful contribution to healing and reconciliation and hope.
But I can remember every day that each person I encounter is an individual, with his or her own experiences and history and feelings and dreams, and does not and cannot represent an entire race or class of people.
I can show the same respect, deference, and generosity to those I don’t understand—or don’t agree with, or don’t even like—that I hope to be shown by others. And I can recognize that I am shown respect, deference, and generosity, almost across the board and with few exceptions, because I am a white American in a white-positive America.
And I can be an active participant toward goodwill, who watches for opportunities to behave with humanity and decency and respect toward others—black, white, or otherwise—and not someone who goes about her day less concerned about the words she used with the cashier than about whether the person ahead of her in line had eleven items instead of ten.
And I can pray that someday behaving with decency, honor, and civility to others will put me in the uncomfortable position of doing things just like everybody else does, instead of just the opposite.

What to Look for on Your First Pawn Shop Visit

The Advantages of Using a Gold Pawn Shop

How many advantages to betting online