How to Know You Can Trust Someone

Trust is an incredibly powerful bond. When it's shared by two people, it brings them closer and more together. But when it's broken, it causes a great deal of damage. By the time in your life that you're reading this, you've probably felt the sting when you trust someone and they let you down.

Getting back up, figuring out how to move forward, and who you can trust to do that with is the hard part. But luckily, there are some telltale signs of who will and won't break your trust, things you can rely on as you build new relationships and connect with people.

Trustworthy people are consistent. They're not two-faced and don't change their personality all of the time. They are who they are, and they don't pretend to be something that they're not. When someone shows up as they are on the regular, it lets you get a good sense of what they're really like and whether or not they're a safe person to trust.

Trustworthy people are honest. They keep it real. If you can trust them, they should be able to trust you. Maybe they don't overshare, but at a bare minimum, they're not liars.

Trustworthy people keep it classy -- and by this, I mean that they don't talk about other people behind their back. Even when they disagree with someone, they remain respectful, kind, and boundary-conscious. Experiencing that level or character in someone is typically a good sign that they will treat you that way in the same way they treat others.

At the end of the day, there are no guarantees, but if someone checks off all of your boxes, it might be time to let them in a little. Trust can be scary, but vulnerability is necesary in order to build real and strong relationships.

Take a chance and let yourself fall. No matter what happens, you can walk out on the other side knowing that you were brave, courageous, and intentional.

People who work in high-trust jobs are far less stressed than those in low-trust jobs.

A study proved that trust is the most important element in a strong work culture.

Photo of the day - Are They Trustworthy? 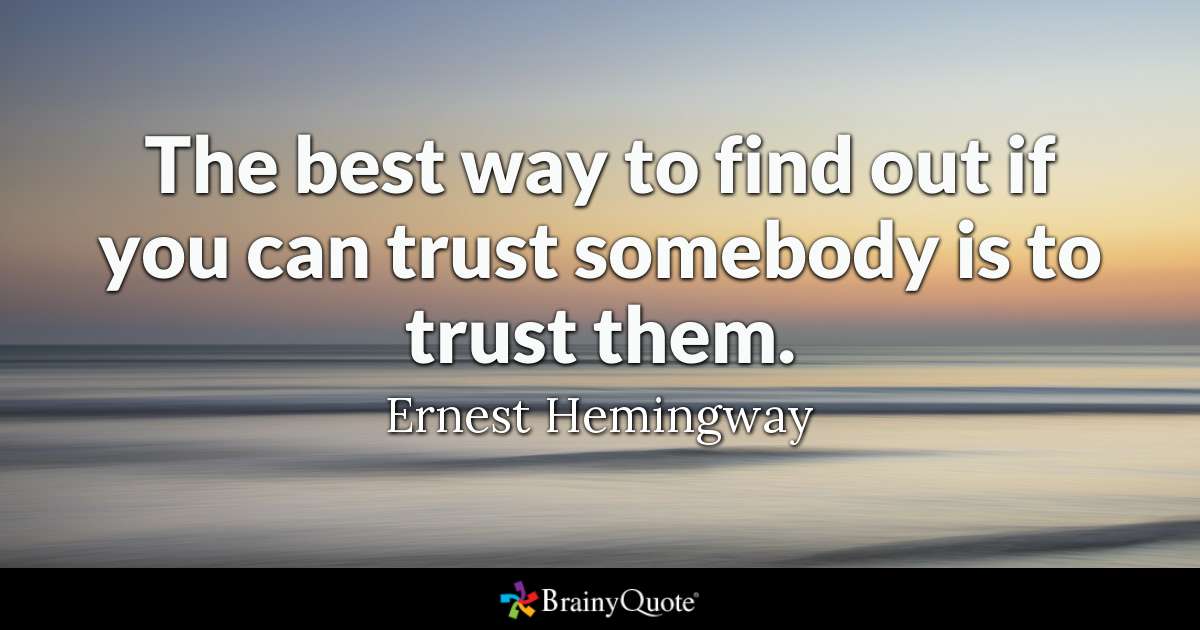 Video of the day - 7 Signs Someone Is Trustworthy

To be trusted is a greater compliment than being loved.

Article of the day - Want to Know If Someone Is Trustworthy? Look for These 15 Signs

Great relationships give life significantly more purpose, and in business, they translate to resources, advice and stability. Trust is at the heart of these connections.

These 15 signs are dead giveaways that you're dealing with a keeper:

A trustworthy person will use roughly the same behavior and language in any situation. They have the self-control to maintain character and follow through on what they say they'll do, even when they are tempted to walk it back. They won't wear different masks or pretend they're someone they're not just to impress. Switching gears comes from having learned reliable new information, not from self-serving whims. What's more, what they say matches what you hear from others.

2. They show compassion and humility.

Both these traits demonstrate that the person can think of others well and doesn't consider themselves as more important than anyone else. Because they are more outwardly focused, they're less likely to step on your toes or betray you to get something they need or want.

Trustworthy individuals don't try to impose their will on others because they don't feel the need to control those around them. They avoid bullying and acknowledge that no means no.

4. They compromise and don't expect something for nothing.

Small sacrifices show that the individual recognizes that trust is a two-way street. They're willing to give a little to get something back later. And if they do ask for something, they're sure to demonstrate the value of their request.

A person who is faking it and who is more likely to behave in shady ways usually will display some signs of anxiety, such as agitated body language. If the person seems at ease, they likely have nothing to hide and are being honest and open with you. You'll likely feel calm, too, because you won't be subconsciously picking up on and mirroring back negative cues.

6. They are respectful when it comes to time.

Trustworthy people do their best not to be late or cancel plans at the last minute because they know doing so inconveniences you and violates promises. They won't try to rush or drag things out for their own benefit.

Trustworthy individuals are willing to admit they can't do it all alone and value teamwork. They give credit where it's due, even if it means they don't advance as quickly or shine as much themselves.

8. They give up all the facts, even if it hurts.

Truth and transparency matters to trustworthy people. They won't lie by omission or fudge data. They will give up even the information that could put their reputation at risk or create conflict, believing that those conflicts can be solved with good empathy and communication.

Confiding in someone, exposing faults and all, involves a certain amount of vulnerability. So when someone confides in you, it demonstrates that the individual already trusts you and that they want you to be open with them, too.

10. They aren't materialistic or desperate for money.

While there's zero wrong with having nice things, trustworthy people don't put stuff ahead of people. They're willing to give up what they have (or could have) to help. Financial stability facilitates trust because it reduces the temptation to treat others poorly out of the need for self-preservation.

Because trustworthy people value truth, they are willing to do their homework. They do the research that leads to verifiable conclusions, so they have a track record of having the right answer.

12. They skip the water cooler gossip.

Trustworthy individuals don't like to make assumptions about anything or anybody. They prefer to get information from the source and to let the source speak for themselves. They avoid rumors because they know that rumors usually include negativity that tears people down instead of building them up. When they do talk, their language is empowering and respectful.

Individuals who are worth your trust know they don't have all the answers. They look for ways to learn and improve themselves constantly, and through that process, they're willing to share the resources and facts they find.

14. You know who they're connected to, and they try to connect you.

Both these elements show that the other person sees you as important. They want you to be part of their regular social group and meet the people you need to succeed. Others can affirm or contradict what you know about the individual, too. Subsequently, the more people the individual introduces you to, the more likely it is that they're not hiding who they are.

15. They're there for you and others.

Trustworthy people will listen to and support you even when they don't need something from you. They do their best to be available to help, whatever you might be going through.

Question of the day - Does trust come easily for you?

Does trust come easily for you?

June 10th 2021 - Are These Habits Giving People a Bad Impression of You? 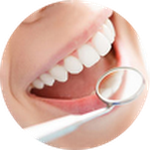