The Truth About CrossFit

Being healthy and fit has become fairly trendy these days. With countless fitness blogs, Instagram accounts and vegans leading the charge, it’s hard to tell what and who is legit and what’s not.

One of the impossible-to-ignore trends is CrossFit. Jokingly (sometimes affectionately) labelled a cult, thousands of people have nothing but high praise for the exercise program, claiming it’s been life-changing, totally turning around their perceptions and ideas of health. but what is it, really? And why is it any different from all the other fitness programs?

The reality is that it’s never claimed to be all things to all people. CrossFit doesn’t claim to turn you into the next Dwayne Johnson or revolutionize your idea of health. The goal and intention of the program is to improve and strengthen yourself in every area - rather than specializing in one. If your focus is to be a great cyclist, the fastest runner, etc. it’s probably not for you. Rather than attempting to perfect one area of fitness, the idea is to increase skills and abilities in all areas at a much slower, more sustainable pace.

If your goal is to become an Instagram blogger with the perfect bikini body in 12 short weeks, it may not be the method for you. but if you’re truly looking to become healthier all around, then it may just be worth a shot.

CrossFit has more gyms across the world than Starbucks has coffee shops in America.

Photo of the day - CrossFit Gym 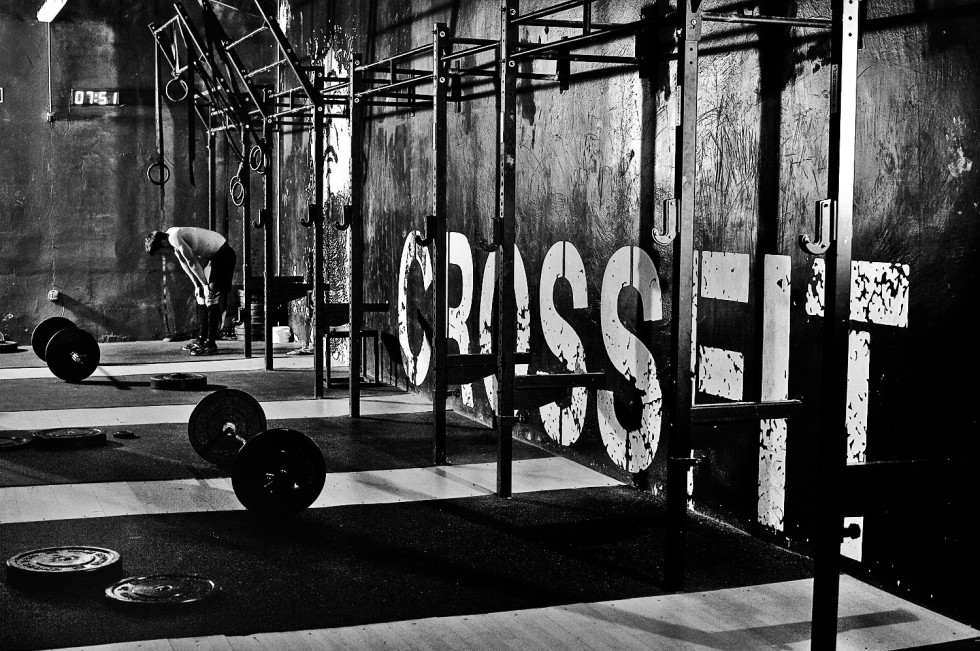 Video of the day - What is CrossFit?

Respect your body. It’s the only one you get.

Article of the day - The Truth About CrossFit

"Was I in the right place?" I asked myself for the second time that day.

The little street near Southern Methodist University in Dallas was an incongruous blend of old houses and new bars teeming with college kids. It was 9 p.m. and the sun had set, making it impossible for me to read the street numbers. Finally I pulled over next to a bar called The Green Elephant to look at my directions again.

And that's when I saw them, a handful of men and women lunging down a long corridor holding Olympic bars over their heads. A well-built young man held a timer and appeared to be either encouraging them or yelling at them.

Later I learned that the athletes – which included members of the SMU lacrosse team – were performing what the owner of the facility called a "single-movement mindfuck." This group was on their 28th minute of overhead walking lunges, the only exercise in that day's workout. The record was 400 meters in 20 minutes flat. The sweat poured.

Earlier that day, at 6:45 a.m., I'd had the same experience, driving around an industrial-warehouse district in Plano looking for building numbers in the dark. That time, instead of lunging lacrosse players, I was clued in by a man running by my truck wearing a weighted vest. I followed.

The runner dashed into the next room and began to do kipping pull-ups. I learned later he was doing "Murph": a one-mile run in a vest followed by 100 pull-ups, 200 push-ups, 300 body-weight squats, and another one-mile run, all done against the clock.

This "WOD," or Workout of the Day, was named after a Navy Lieutenant and CrossFit enthusiast killed in Afghanistan. Most other WODs are given girl names, like they used to do with hurricanes.

I was there to learn the truth about CrossFit, the training phenomenon dubbed "one of the fastest-growing fitness movements on the planet" by the Business News Network. Later, I'd do interviews with CF fans and critics, make phone calls, and read everything I could find online. But I'd start by driving to Dallas and doing CrossFit ... twice in one day.This is what I learned. This, as I see it, is the truth about some of the most controversial aspects of CrossFit.

The Truth About CrossFit's Training Goals

"CrossFit is not a specialized fitness program, but a deliberate attempt to optimize physical competence in each of 10 recognized fitness domains," says founder Greg Glassman in the Foundations document. Those domains are: cardiovascular and respiratory endurance, stamina, strength, flexibility, power, speed, coordination, agility, balance, and accuracy.

CrossFit coaches like to point out that even champions in certain sports have huge gaps in their fitness, as defined by the above 10 domains. Ironman competitors score high in some areas, low in others. The marathoner dominates cardio endurance but he isn't strong. The powerlifter is strong, but often has very low endurance and can't do a single pull-up.

If your goal is to specialize and compete in one sport, then CrossFit isn't for you. Instead, the goal of the CrossFitter is to become "competent" in all 10 domains. He may never be a top gymnast but he will develop great body control. He may never win a marathon, but he can enter a 5K without training for it and finish near the top.

Troy Dodson, owner of CrossFit Plano, says that for the CrossFitter, fitness itself is the sport. Indeed, CrossFit draws a lot of ex-athletes, and the CrossFit Games are growing in popularity and pulling big-time sponsors. If it sticks, CrossFit competition will join a distinguished list of training methods that eventually became competitive sports, including Olympic lifting, powerlifting, and strongman.

The CF goal of overall fitness, "functional" strength, and all-around preparedness has attracted many law-enforcement agencies, military and firefighting units, and martial artists who like the "train for the unknown and unknowable" philosophy.

According to the CrossFit website, "Our specialty is not specializing. Combat, survival, many sports, and life reward this kind of fitness and, on average, punish the specialist."

Experienced CrossFitters aren't the strongest athletes out there, but they're stronger than most. They're not the fastest either, but they're fast. Their claim to fame is their completeness.

And it's easy to see the appeal: Why be big if you're not functional? Why have great endurance if you have no strength and power? Why not be competent in all of those things?

The truth? If you're not competing in a specific sport that measures only a few athletic qualities, then why not become fully rounded? Why be the guy with the big bench who can't run up a flight of stairs? Why be the guy who can run 10 miles on the treadmill but who can't help someone move a couch?

If you have a specific goal in your training – top-level competitive mountain biking, bodybuilding, a 600-pound deadlift – then CrossFit isn't for you. You need to specialize. If you want to be good, but not great, at a variety of athletic qualities, then CrossFit is a good option. And that's the truth.

Question of the day - What is your favourite way to exercise?

What is your favourite way to exercise?