Botox Side Effects and Costs 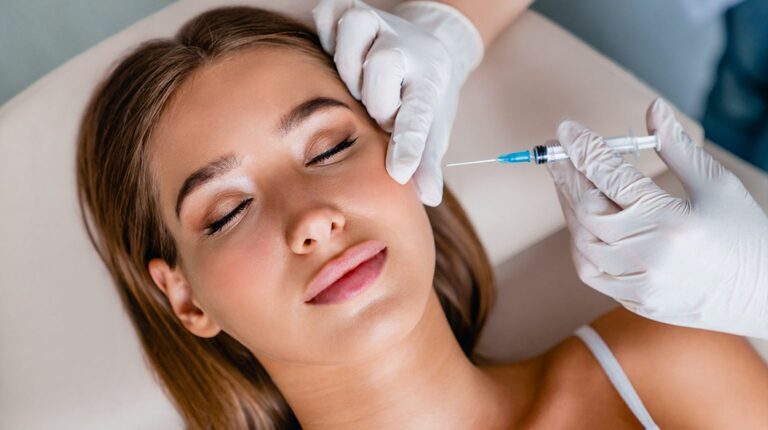 It's pretty hard to find a celebrity over twenty-five who hasn't had a Botox injection these days. Considering how easy and effective Botox is, it's pretty easy to see why.

A Botox injection is a procedure that gets rid of wrinkles instantly, without having to go through the bother and recovery time of getting sliced open or having to sit through a long and uncomfortable recovery period.

If you're looking for a slightly cheaper way to free yourself from your frown lines, Botox might just be the way to go for you. The cost of Botox injections might be cheaper than a face lift or other forms of plastic surgery, but it can still set you back anywhere between three hundred and fifty U.S. dollars, and five hundred and twenty dollars.

If you have the cash to spare and are raring to go though, be aware that even though they're generally a lot less trouble than invasive surgery, but the side effects of Botox do exist.

What is Botox, Anyway?

Botox is actually a brand name for a substance known as Botulinum Toxin Type A, or simply, botulism. This stuff is actually the most toxic known protein today. Before you start running off in the opposite direction though, take note that even though this stuff is really toxic, it has a lot of medical uses outside of keeping Hollywood's Hottest from looking their age.

What Does Botox Do?

In tiny doses, Botulinum Toxin Type A actually paralyzes the muscles it's applied to. It was originally used to treat the muscle spasms caused by diseases and conditions like Parkinson's disease and cerebral palsy.

Later on though, this protein, diluted and packaged as Botox and applied through injections, became the treatment du jour for people who wanted to make their faces smooth and wrinkle-free again. Botox injections basically cause the facial muscles in the area where the substance was applied, to tense up and stop moving for three to four months.

Botulism is toxic. There's no way around that. It's part of its charm though. After all, it's precisely that toxic effect that paralyzes the muscles in a person's face and gives them that line-free look that lets them look like they've beaten the clock.

Before you start jamming that needle into your face though, take note that the side effects of Botox can be pretty irritating. Administered correctly though, that's about as harmful as Botox gets.

You should make sure that you take all of the necessary precautions so that your Botox injections will be the genuine article though -a lot of botulism-related deaths have actually been linked to people using fake Botox.

If you're using the genuine article, the possibility of side effects of Botox should still be looked out for.

If things go wrong, for example, you can end up with the wrong muscle group paralyzed (like the muscles controlling your eyelids getting paralyzed instead of the ones that cause those frown lines), bruising -although that doesn't come from the toxin, but from how it was injected- and the possibility of your face becoming stuck in an odd rictus of a facial expression for six or more weeks because the Botox was incorrectly administered.

You could temporarily end up with a droopy smile or eyelid, or even the loss of the ability to close an eye. Additionally, if the Botox is injected into the jaw muscles -which may or may not reduce turkey neck and other really annoying signs of aging- you might have trouble chewing solid food.

Aside from the potential muck-ups that can happen while injections are being put in place, the other possible side effects of Botox include headaches, partial facial paralysis, difficulty swallowing, muscular weakness, allergic reactions, and flu-like symptoms.

Also, Botox will usually leave the parts of your face where it was applied difficult -if not impossible -to move, and feeling numb. This means that you might end up not being able to display normal-looking facial expressions.

Check with your doctor to see if you're a good candidate for Botox injections; if you're pregnant, breastfeeding, trying to get pregnant, or susceptible to allergies for example, it's better to stay away from the needle.

What is the Cost of Botox Injections?

If you're willing to brave the possibility of looking like the product of the crypt keeper having a wild night with the bride of Frankenstein after a botched-up Botox job, then it should be a real relief to know that you're very likely to spend a lot less on Botox injections than on any other form of age-arresting plastic surgery.

Botox injections will eventually wear out and can be reapplied every four months, although since the muscles that'll get injected will start thinning over the course of repeated treatments, which means that you could eventually get longer lasting results.

With each treatment normally costing between three hundred and five hundred dollars though, it might feel like the cost of Botox injections are easier to stomach than other kinds of cosmetic procedures meant to dramatically get rid of wrinkles. The side effects of Botox can be pretty annoying, but at least they aren't permanent, like most botched cosmetic surgery effects can be.

Facts and Figures Regarding USA Facility Management Market By 2028, Research and Future Growth

Importance of Hiring a Best Architect

An Overview of Monel K500 Sheets