Kafka on the Shore – By Haruki Murakami 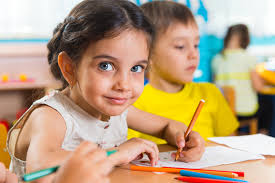 “My son Sean is in regular kindergarten. He can’t talk. He uses sign language and a machine which talks for him when he pushes buttons. The teacher asked the students to bring in a favorite stuffed animal at story sharing time. Sean brought in his Snoopy, who he carries with him all the time. When it was his turn, the teacher wouldn’t let him use his voice machine. She said it was disruptive and distracting to the other children. She has not learned his signs, so no one understood what he was doing with his hands. Sean stood in front of the class, silent. The teacher and children stared at him for a while and then she instructed him to sit down. He threw himself to the floor and had a temper tantrum. The teacher told the aide to take him out of the room for “time out.” She then reported that Sean was becoming a problem child in her class and asked the principal to work out a behavior modification program.”

“Adults constantly raise the bar on smart children, precisely because they’re able to handle it. The children get overwhelmed by the tasks in front of them and gradually lose the sort of openness and sense of accomplishment they innately have. When they’re treated like that, children start to crawl inside a shell and keep everything inside. It takes a lot of time and effort to get them to open up again. Kids’ hearts are malleable, but once they gel it’s hard to get them back the way they were.”

How To Choose The Best Orthodontist?