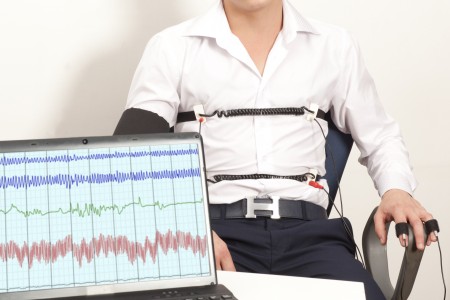 Intro: Any man can be a player, but it takes a real man to keep a real relationship...A real man won't send you mixed signals because a real man knows what he wants. A real man will say "I love you" for who you are, you without your hair done, no makeup on, and still in your pajamas and say "babe you look so beautiful “any man can say I love you, but a real man will marry you and tell you that every day for the rest of your life.

Verse 1: Real men are there for you when boys are not, Real men stay faithful while boys play the game. Get rid of the boy and get a real man they do exist. A real man tells you your beautiful instead of pretty, doesn't just text, but calls to hear your voice, protect you, and would never let another man have you! A real man will make you feel like you're the only girl in the world, a real man will call you just to say "hi" A real man WON'T be in and out of your life! A REAL MAN is secure enough in his man-hood to treat a REAL WOMAN the way she deserves to be treated always and without fail! Being a REAL man doesn't mean you chill with 100 girls! being a REAL man means you fight for ONE GIRL, even when 99 others are chasing you find the guy that calls u beautiful instead of hot that will kiss you in front of his friends and get along with yours and that won’t break your heart A REAL man will treat his woman better than she has ever been treated AND better than he has treated any other woman...no matter who is watching!!!

Verse 2: The best boyfriend in the world doesn't have to drop everything for his girl or anything like that, all he has to do is love her unconditionally and prove it. The perfect man is the one who listens to you, respects you and always wants to make you smile A man's biggest mistake is giving another man an opportunity to make his woman smile. cause if you love her, you shouldn't be giving any guy that chance. A man has 2 options either stand up to be the Man she needs or sit down so she can see the Man who stood up! Every woman deserves a man who can make them smile til their cheeks ache, laugh til their ribs hurt and make their heart skip a beat with every touch A real man gives his lady the attention she deserves, gives her all of his love, calls her beautiful, and treats her like a queen.

Verse 3: Any man can tell you the things you want to hear... A real man will make you feel the things you need to feel! A real man is one that will treat u the same way in front of his friends, be proud to say this is my women, be truthful & faithful, & tells u he loves u every day. Winning a woman's heart doesn't make someone a man, learning to treasure that heart after it's won is what makes someone a real man. Men need to understand that women need to vent emotions. They don't want you to fix what is bothering them; listen and show that you care. Getting all the women doesn't make you a man. But knowing how to treat one right does. If a man truly loves you, you would never feel like you have to compete with any other woman. To all men I say Making your woman feel beautiful is a full-time job from which you should NEVER want to retire. A boy will love many girls in the course of a lifetime. A man will love one woman the rest of his life.

Verse 4: A "real" man will never take you for granted...will always be there for you...will respect you and your feelings...and never make you wonder where you stand. When a woman has been hurt by so many men in her life it's hard for her to trust a good man when he comes her way. A real man isn't a player. Little boys play games. A real man works for what he wants then appreciates it once he finally gets it! Note to men: Be the guy that can be kicking it with his friends, when your girl walks into the room you say "there she is, that’s my baby, isn't she beautiful? “Men, always remember to be good to your wife because there is always another man out there looking at your wife like you did the first time...Thinks sometimes men need to stop calling other women beautiful, if they can’t even tell their own woman that she’s beautiful...Be careful not to make a woman cry because GOD counts her tears. A real woman can go through anything on her own, but a real man won't let her. Real men don't love the most beautiful girl in the world, Real men love the girl who can make their world the most beautiful, you can always tell how much someone wants something by the amount of effort they put into it...I'm pretty sure that men would be way more excited about cleaning if spray bottles made a laser noise. Ladies! Don't be comfortable being any - one’s secret! A real man will be more than honored to call you his lady.

Verse 5: A real man won't degrade a woman with words nor will he ever put his hands on her with anger A real man doesn't play with a woman's heart. Men You don't need money to be romantic just a little imagination. Don’t let life make you forget the simple things that would make her happy. Whenever you ignore her, another man is listening to her, while you are busy giving her problems, another man is listening to them, and he knows what he wants. Being with every woman in the world doesn't make you a man. Being with one woman and making her feel like the world does. It takes a boy to say you're cute, it takes a guy to say you're hot, but it takes a true man to say you're beautiful. Any man can get a million girls any day. But it takes a real man to love one girl a million ways! A True Man: strong, wise, ready to lead, protect, and provide for his own.

Verse 6: Secure enough in his masculinity to be tender and show his woman she's cherished. If a guy really loves a girl, the one and only thing he would wanna change is her LAST name. <3 Hey guys, here's an idea: Why not try treating women the way you would want a guy to treat your daughter, or your mother! A real man does not try to control you, change you or get jealous of your friend’s male or female! A real man is secure with who he is and who you are! Treat your women with respect because one day you'll want your daughter to be treated the same. A real man will keep all the promises the last man broke! Every woman deserves a man that makes her forget her heart has been broken! A "real" man: ~ opens doors for you ~ treats you like a lady ~ doesn't assume "sorry" can fix everything ~ never takes you for granted! A typical man, will give his woman a reason to be jealous of other women! A real man will give the other women a reason to be jealous of his queen! Little boys play around. Real men settle down.

Verse 7: A boy makes his woman jealous of other beautiful girls. A Real Man makes other beautiful girls jealous of his woman. An intelligent man will open your mind. A handsome man will open your eyes. A GENTLEMAN will open your heart. REAL MEN stay faithful. They don't have time to look around for others cuz they are too busy and committed to loving the one that they have! A person with courage will face you and tell the truth no matter if it hurts you, A coward avoids you and lies to you. The only three things a man has to say regularly to make his woman happy are, "I love you, you are beautiful, and everything will be all right in the end. men encourage you, not discourage you! Real men want a smile on your face, not tears! Real men don't call you names unless it's honey, baby, or sweetie!!The difference between a man and a boy: A man will tell you the truth no matter what...BUT...A boy will still lie even after being caught! Men...when will u get it? The only way to make a woman stay is to make her feel special, like a priority. If she feels like an option, you've already lost her!

What To Consider When Getting A Windshield Repaired?

Outpatient vs. Inpatient – Which is the Best For You?

Another Chance Rehab - 6 months ago

Ways To Enjoy Pleasure Toys With Your Partner