Something Of An Enigma 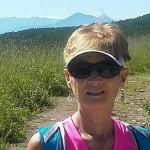 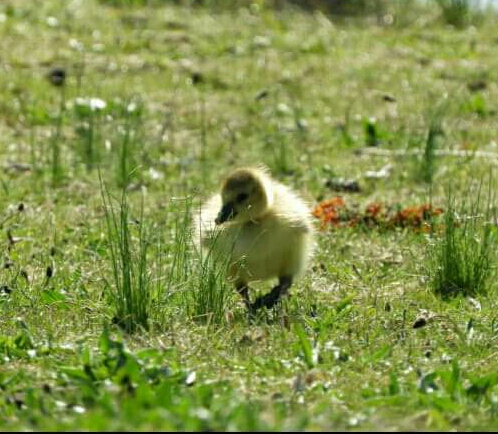  
My late and very dear friend Barbara was something of an enigma to me at times. As a case in point, we had to pass by a small pond while driving back and forth to appointments for a few years. As Spring approached each year, Barbara would keep a close lookout for the various waterfowl that nested on this pond. She'd point out to me that the swans, in particular, mate for life. Isn't that a wonderful thing? She'd ask me as I drove. Yes, it is indeed. Was my reply. Soon she had me keeping a close eye out for the White Swan couple as well as for the baby Canadian Geese that hatched each spring. Here's where the enigma part comes in. Barbara had a huge, sprawling waterfront lawn on which this very variety of goose congregated every so often to, well, to eat worms we supposed. But also to wreak havoc with their humungous and multifarious droppings. Barbara wasted no time in taking her boisterous boat horn, blowing it out the window and scattering those birds like there was no tomorrow.
But the goslings? Oh, now those baby balls of fluff straight from heaven were a gift from God, a miracle, she'd tell me, every one of them. And I'd agree.
Anyway, I'd look for them in the pond while walking, driving or bicycling, always stopping or slowing down so as to update her on their progress at our next meeting.
Barbara passed away about a year and a half ago at the age of ninety-one. I miss her sorely, which brings me here to tell you this story today. I stopped at the beach Tuesday afternoon, the first day of May. It was truly Spring, warm and sunny, but windy as usual at the oceans edge. As I stepped from the car, I turned and looked around and there, across the street by the pond, were the geese. And with them were their newly hatched goslings, barely cracked from their shells, tiny divinely created balls of pale yellow fluff. Even from where I stood I could see how the sun shimmered through their finer than babies hair feathers. I crossed the street and sat there admiring them in the sun, my back resting against the street pole for a good long while. Their parents hovered protectively as the gaggle of them scurried about, pecking away at the soft, damp ground. The little fuzz balls on tiny twigs pecked and flopped, pecked and flopped, needing frequent naps between feedings. Mother and Father Goose had a real good handle on the discipline thing already, a secret code calling them to upon hearing an abrupt dog bark or a crow caw. Tiny gosling would run to Momma and Papa so fast it was nothing short of wonderment to witness in these newborns without lessons; indeed a sight to behold as the southern sun sparkled on the pond in the backdrop.
Eventually, the parents gathered them all up into the nest and I decided to walk a different walk. One which unexpectedly led me down a wooded path to, you guessed it, a perfect, previously undiscovered view of the swan's nest. It ended where, hopefully, the hatchlings will learn to swim when they arrive. I'll go back there frequently and check. And I'll let you know.
More than anything, I'd love to say that I'll let my friend Barbara know but, really, something tells me she already does.
 
 
 
 
 

27 Quotes on the Olympics

Characteristics of a ‘high performance athlete’