The three reasons conspiracy theories are more dangerous than ever 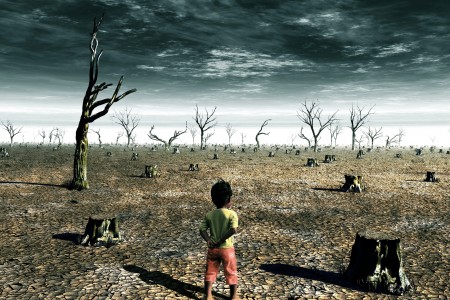 The three reasons conspiracy theories are more dangerous than ever

One of the worst moments of dread I’ve experienced over the past few months was in one of the most idyllic settings. Looking at the waves crashing against the Hawaii shoreline brought home how indifferent nature is to human suffering. No matter how many people die, the sun will come up and the tides will come in. At a time when our society is being pummeled by a pandemic, that’s a depressing, even terrifying thought. It makes you realize how little our suffering matters in the cosmic scheme of things.

When people despair, they often seek solace either in mainstream religion or in less organized, more extreme faiths. Conspiracy theories always flourish in a time of troubles. These are attempts to suggest that inexplicable and random events, terrible in their import, are the product of hidden human forces — and therefore are controllable, or at least understandable, to the initiates who know what’s really going on.

Every great disaster of the past century has brought forth conspiracy-mongers. They claimed that World War I was started by arms manufacturers, a.k.a. “merchants of death”; that Franklin D. Roosevelt goaded Japan into attacking Pearl Harbor and knew all about it in advance; that homegrown traitors “lost” Eastern Europe and China to communism; that the military industrial complex assassinated John F. Kennedy; that the crack cocaine epidemic was started by the CIA; that 9/11 was an “inside job”; and that George W. Bush invaded Iraq to help Halliburton.

In the absence of crucial evidence of how the new coronavirus began comes many theories — one is that the virus accidentally escaped from a lab in Wuhan, China. (Sarah Cahlan, Meg Kelly/The Washington Post)

The impulse to “conspiracize” is as old as the human race. Often that means blaming despised minorities for larger ills. For centuries people have said that Freemasons run the government, that Jews control the economy, and that Catholics are a papist fifth column. Intelligent people have believed such nonsense. In 1835 Samuel F.B. Morse, the future telegraph inventor, published a book called “Foreign Conspiracy Against the Liberties of the United States,” warning that Roman Catholic immigrants would soon overthrow the Republic. “Up! Up! I beseech you!” Morse exhorted readers. “Awake! To your posts!” In the 1850s, an entire political party — the Know Nothing Party — was devoted to promulgating such anti-Catholic hysteria.

Plagues have been a particularly rich breeding ground for conspiracy theories. In 14th century Europe, Jews were massacred after being accused of spreading the bubonic plague by poisoning wells.

So it is no surprise that there is now an epidemic of coronavirus conspiracy theories. The virus was said to have been started by a Chinese biological warfare laboratory, the U.S. Army, Bill Gates or a “globalist conspiracy to establish sweeping population control” — and it is said to be spread by 5G towers. A movie called “Plandemic” alleges that masks make you sick, that bleach can heal you and that a vaccine may kill you; it has been viewed at least 8 million times online. Naturally, the novel coronavirus has been subsumed into the all-encompassing QAnon conspiracy theory that has become a quasi-religion among some Trump supporters. They think that the virus was created by the “deep state” to bring down their hero.

What’s different about this particular moment in conspiracy history? Three things, I think.

First, conspiracy theories spread more efficiently by social media than by previous communications media. The online world is a post-truth space where there are no undisputed facts, only competing narratives, and even the most deranged claims (e.g., QAnon) can aggregate an audience.

Second, the stakes are higher now. It doesn’t much matter if someone thinks that UFOs landed at Roswell, N.M., or that Elvis is still alive — but it matters greatly if someone thinks that the coronavirus isn’t real or that a vaccine may be more dangerous than the disease. Such beliefs, if they become widespread, pose a danger to public health. Indeed, anti-vaccine activists are already a menace.

Third, we now have an unhinged conspiracy-monger in the White House. When he is not ranting about a vast, nebulous plot perpetrated by the prior administration (“Obamagate”) or about how Joe Scarborough supposedly murdered an aide, Trump is opining that the virus started in a Chinese lab, that hydroxychloroquine is an effective prophylactic, and that injections of bleach can treat the disease. His son, Eric, recently said that the coronavirus has been hyped by Democrats eager to stop his dad from holding rallies, and that “after Nov. 3, coronavirus, will magically all of a sudden go away.”

This is nuts, but it gains credence by being promulgated by authority figures. In fact, the entire GOP — which just nominated a QAnon believer as its Senate candidate in Oregon — is becoming a modern-day Know Nothing Party, a cesspool of prejudice and irrationality. What was once the fringe has now moved into the mainstream — and will become even more prominent as a result of the coronavirus crisis. Let’s hope that people can find saner and safer ways to make sense of this terrible time, because if they give in to irrationality, our current predicament will only get worse.