The Future Of TV Is Here. Can Cable Survive? 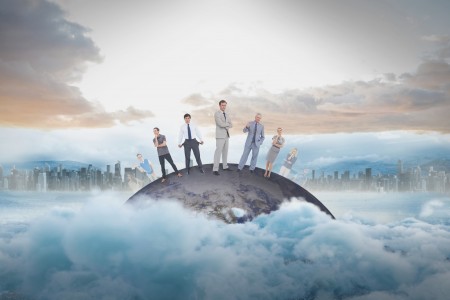 For a long time, TV was a fairly sleepy business. You had three major networks in the US—less elsewhere—acting as gatekeepers. They chose their programming lineup each year, which attracted a certain amount of audience that could be transformed into a certain amount of money.

Cable clouded the picture somewhat, adding subscription revenues to the mix, fragmenting audiences and giving rise to pay channels like HBO and Showtime, yet the change wasn’t drastic. You still had those who developed programs and those who distributed them, along with a few players that could do both.

Yet as I wrote two years ago, we’re entering a new age of TV where distribution is being devalued and completely new models for programming are beginning to evolve. Now, we’re approaching a tipping point where what we used to call “TV” is morphing into something else entirely. Cable providers, if they are to survive, will have to innovate their business models.

The family television used to be the centerpiece of every living room and whoever held “the clicker” ruled the roost. Yet today, “TV” the appliance is being decoupled from “TV” as a form of entertainment. Now, every screen in the house—traditional sets, tablets and mobile phones—can access top notch programming.

As for the TV appliance itself, it is also being transformed. Every major manufacturer now offers “smart TV’s” that can access the Internet directly and a host of streaming devices, such as Roku, Amazon Fire and Apple TV, just to name a few, transform any set into what’s effectively a very large tablet computer.

That makes the traditional cable box somewhat of an anachronism. We don’t actually need it, at least technically speaking, to access programming. Cable boxes today mainly serve to perpetuate cable companies’ role as gatekeepers through their agreements with broadcasters. That’s simply not a sustainable business model.

The New Economics Of TV

Traditionally, the TV business has been built on two revenue streams: advertising and subscription. Premium channels, like HBO and Showtime, are able to thrive on subscription models alone. Most, however, work on a hybrid model. They sell advertising and receive fees from cable providers in return for allowing them to carry programming.

Until recently, cable companies held a lot of leverage because, unlike broadcasters, they had a direct financial relationship with the consumer. They could decide to pay a programmer more or less, give them access to a coveted spot on the cable box, or bury them deep in the back of the lineup. Broadcasters, whether they liked it or not, had to play ball.

Yet that model is already breaking down. Consider the case of Netflix, whose streaming service blends original programing with feature films and documentaries, much like HBO. However, although Netflix charges less, the company earns roughly the same per subscriber because it does not have to pay fees to cable providers.

Clearly, that’s no recipe for success, as HBO recently acknowledged with its launch of HBO Now, a service that allows consumers to access the pay channel directly—on any device— without a cable subscription. So consumers get the programming they want and the company gets to keep all of the subscription revenues.

Everybody wins. Except, of course, the cable companies. And HBO’s new service is just the tip of the iceberg.

I recently discontinued my cable service and am already amazed how little I’m missing. Some of the best shows are actually Netflix and HBO originals, which I don’t need a cable subscription for. I can catch most of the rest with Hulu Plus and a digital antenna. Some broadcasters, like Bloomberg TV, already offer a live stream through their apps.

I’ve also noticed new programming business models starting to emerge. Companies like Red Bull and GoPro have their own channels that are essentially an extension of their marketing activities. Amazon Prime, which has a large video library and some fantastic original programming—Woody Allen has agreed to produce a series—can be seen in the same light.

And there’s more to come. Yahoo recently announced that they have acquired the digital rights to stream a NFL game this year. Google, which owns YouTube and has two steaming devices on the market, Chromecast and Nexus Player, has already rolled out its Google Fiber service in five cities, with more on the way.

Cutting the cable certainly isn’t ideal. Many of the programming networks require me to enter an activation code tied to a cable subscription, integration is far from seamless and I miss the ability to channel surf a bit, but considering I’ll save about $600 a year, the trade-offs seem more than worth it.

What has struck me most about cutting out my cable service is that what few barriers remain aren’t economical or technological—broadcasters are perfectly able to serve ads and charge subscriptions in streaming video—but tied to agreements with cable providers. The truth is that, beyond infrastructure, cable companies are providing little, if any value.

Take a step back and forget that we’re talking about entertainment for a moment and it becomes clear that TV programming is going through a similar transformation as every other software business. In effect, it is moving from installed solutions to the cloud. There is, in fact, no reason that we need cable boxes anymore.

As I’ve noted before, the cloud might very well be the most disruptive technology ever because it compels legacy players to change their business models, including pricing strategies, sales channels and even their basic technology.  And that appears to be exactly what’s happening in the cable business.

Sling TV already offers cable like service in the cloud for about $20 per month. Charter Communications, which recently acquired Time Warner, has a similar capability. For broadcasters to convert to full streaming, all they would have to do is turn off the access code requirements in their apps. The technology is already here.

That doesn’t mean the cable companies themselves are dead. They still have valuable infrastructure and have begun to offer new services like home security. However, the cable business, as we have come to know it, will soon be a thing of the past.

What To Consider While Finding A Good Orthodontist?