What Does Buddhism Teach About Time? 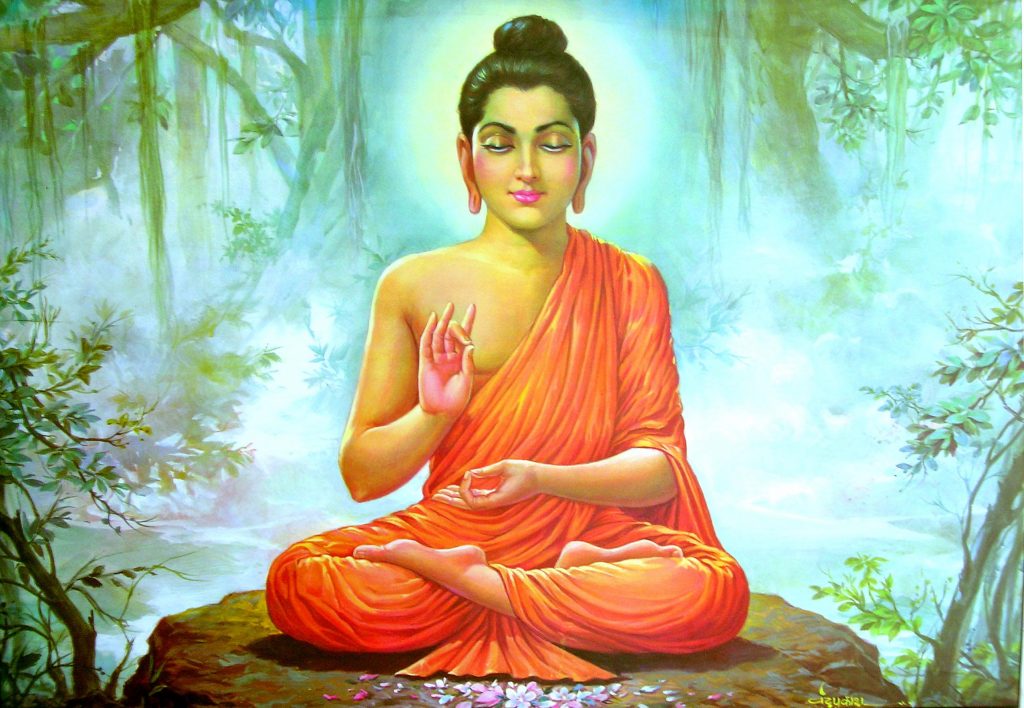 We all know what time is. Or do we? Read some explanations of time from the perspective of physics, and you may wonder. Well, Buddhist teaching about time can be a bit daunting, also.


This essay will look at time in two ways. First is an explanation of measurements of time in Buddhist scriptures. Second is a basic explanation of how time is understood from the perspective of enlightenment.

There are two Sanskrit words for measurements of time found in Buddhist scripture, ksana and kalpa.


A ksana is a tiny unit of time, approximately one seventy-fifth of a second. I understand this is a generous amount of time compared to a nanosecond. But for purposes of understanding the sutras, it probably isn’t necessary to measure ksana precisely.


Basically, a ksana is an imperceptibly small amount of time, and all kinds of things happen within the space of a ksana that elude our conscious awareness. For example, it is said there are 900 arisings and ceasings within each ksana.


I suspect the number 900 is not meant to be precise but rather is a poetic way of saying “a lot.”


A kalpa is an aeon. There are small, medium, great, and uncountable (asamhyeya) kalpas. Over the centuries various scholars have attempted to quantify kalpas in various ways. Usually, when a sutra mentions kalpas, it means a really, really, really long time.


The Buddha described a mountain even bigger than Mount Everest. Once every hundred years, someone wipes the mountain with a small piece of silk. The mountain will be worn away before the kalpa ends, the Buddha said.

Along with ksanas and kalpas, you may run into mention of “the three times” or “the three periods of time.” These can mean one of two things. Sometimes it just means past, present, and future. But sometimes the three time periods or three ages are something else entirely.


Sometimes “three periods of time” refers to the Former Day, Middle Day, and Latter Day of the Law (or Dharma). The Former Day is the thousand-year period after the life of the Buddha in which dharma is taught and practiced correctly. The Middle Day is the next thousand years (or so), in which dharma is practiced and understood superficially. The Latter Day lasts for 10,000 years, and in this time the dharma completely degenerates.


You might notice that, chronologically speaking, we are now into the Latter Day. Is this important? It depends. In some schools the three periods of time are considered important and discussed quite a bit. In others they are pretty much ignored.


But What Is Time, Anyway?

These measurements may seem irrelevant in light of the way Buddhism explains the nature of time. Very basically, in most schools of Buddhism it is understood that the way we experience time — as flowing from past to present to future — is an illusion. Further, it could be said that the liberation of Nirvana is liberation from time and space.


Beyond that, teachings on the nature of time tend to be on an advanced level, and in this brief essay we can do no more than stick a tip of the toe into very deep water.


For example, in Dzogchen — the central practice of the Nyingma school of Tibetan Buddhism — teachers speak of four dimensions of time. These are past, present, future, and timeless time. This is sometimes expressed as the “three times and timeless time.”


Not being a student of Dzogchen I can only take a stab at what this doctrine is saying. The Dzogchen texts I have read hint that time is empty of self-nature, as are all phenomena, and manifests according to causes and conditions. In the absolute reality (dharmakaya) time disappears, as do all other distinctions.


Khenpo Tsultrim Gyamtso Rinpoche is a prominent teacher in another Tibetan school, Kagyu. He said, “Until concepts are exhausted, there is time and you make preparations; however, you should not grasp onto time as truly existent, and you should know that within the essential nature of mahamudra, time does not exist:” Mahamudra, or “great symbol,” refers to the central teaching and practices of Kagyu.


Dogen’s Being and Time

Zen master Dogen composed a fascicle of Shobogenzo called “Uji,” which usually is translated as “Being Time” or “The Time-Being.” This is a difficult text, but the central teaching in it is that being itself is time.

8 games, apps, and workshops you can do virtually with your friends to stay connected while quarantining

How Communities Are Staying Connected During Coronavirus