A History of ‘Happiness’ 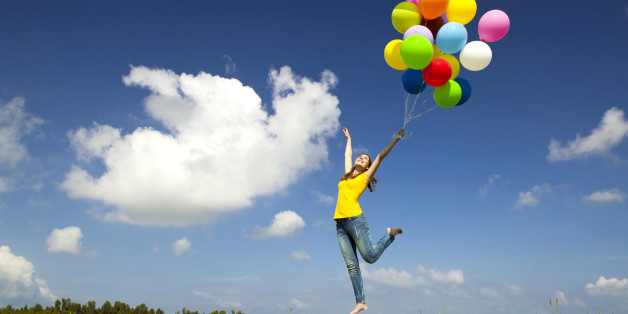 “Happiness” is a word with a thousand definitions. When most people today use the word, they mean positive emotion or positive affect. It’s also a shorthand for satisfaction with life, or general well-being. We could liken the emotion of happiness to joy, but joy is sometimes thought of as more spiritual than happiness, which can feel more simple and cheerful in nature. Over the years, happiness has meant many other things, some of which are surprising when compared with our current sense of the word.

Christian philosophy often turned to blessedness to describe happiness, which might have even entailed suffering while awaiting one’s greatest good in Heaven. During the Enlightenment, positive affect and pleasure became valued as basic rights (and it was here that the groundwork was laid for the construction of social architecture that enabled one to pursue happiness).

In East Asian religion and philosophy, Confucianism and Daoism concluded that the way to a life of fulfillment and joy was predicated on following the Dao, or “the way”. This spontaneous way of living accorded the practitioner liberation from daily stresses, and a sense of belonging to greater concerns. Unlike Western notions of eudaimonia, these ways to happiness were grounded in intimate connections with nature and the larger human family. Confucius’ notion of joy was not an emotion or attainment of material objects, but an “ethical response to features of the world”.

Aristotle used the word eudaimonia to describe happiness as an experience of the good life through virtuous action. To Herodotus, the happiness known as eudaimonia implied possession of a guiding spirit, or “daimon”. We could think of this as our conscience – though today most people don’t associate conscientious action with happiness.

More often, we associate happiness with pleasure. Hedonism, though, is prone to adaptation; over time, we need more and more stimulus to feel the same amount of pleasure. This phenomenon is called the “hedonic treadmill”. No matter how much you have, you want more in order to sustain the same level of satisfaction. One type of “happiness” that battles this adaptation is engaged activity, often called flow. Flow is a deep, skillful engagement in one’s activities, during which time can feel distorted and a sense of self can even be temporarily lost. Some, like John Stuart Mill, have believed that one can only attain happiness by striving for something else, a striving present in flow.

Happiness is sometimes called well-being, which has many theories for its attainment. List theories explain all of the things we need, while desire fulfillment provides us with what we want. Authentic Happiness and PERMA are happiness theories born out of positive psychology that incorporate elements such as: positive emotion, engagement, positive relationships, meaning, and accomplishment. The “happy” life is sometimes called the good life, or the “choice-worthy life”, which incorporates all of those goods we would choose for ourselves, including virtues and ethics.

Some researchers believe that hedonism and even life satisfaction are not great standards for happiness. For instance, because reality is subjective, being satisfied with one’s life can be a function of how high you set the bar. Daniel Haybron believes that it is only in the area of psychological state well-being that we get a commonsense affirmation of why happiness matters. One’s overall emotional well-being creates a more complex version of happiness that he calls “psychic flourishing”. Philosopher James Pawelski reminds us that happiness is a both a goal of, and a construct of culture. So we are creating what happiness is through the fruits of culture. (Consider the Declaration of Independence’s “pursuit of happiness” clause.)

Neuroscientist and Buddhist monk Matthieu Ricard teaches that durable happiness as a way of life requires training the mind and developing qualities like inner peace, mindfulness, and altruistic love. The Dalai Lama agrees, describing happiness as a skill requiring effort and time to develop an understanding of the true nature of reality.

Regardless of one’s own view of what happiness means, it’s difficult to argue with Aristotle: “Happiness is the meaning and the purpose of life, the whole aim and the end of human existence.” Or at the very least, it is the end of the other ends we seek, even today.

Understand The New Model of Cybersecurity

Top Companies in the India Tire Market in 2022, Trends, and Growth Factors, and Trend Forecast to 2027

How to Get Cybersecurity Certificate?