Researchers May Have Just Discovered What Really Makes You Happy 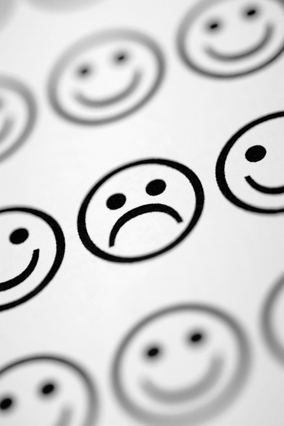 Do you know what makes you joyful? Maybe you think it’s a vacation, a promotion or a new car. Perhaps it’s a night in with your spouse, a good book or some time with your dog.

In reality, it’s none of these things. However, researchers do believe that what makes us happy can be summed up by this totally casual equation:

Translation: A portion of our joy depends on if others have the same fortune as we do at the same time.

Researchers from the University College London originally discovered the formula in 2014 and recently updated it based on new data they collected on what’s called “in-the-moment inequality.”

“Inequality reduces happiness on average, both when people get more or when they get less than the other people around them,” study author Robb Rutledge, a researcher at the University College London, told The Huffington Post.

In other words, we’re happier when we have the same circumstances as other people. But if the person next to us is either more or less prosperous, we’re aren’t as joyful. This reaction may then lead us to be either more or less generous to the other person, Rutledge said.

To reach their conclusion, researchers had 47 participants who didn’t know each other complete multiple tasks in pairs, known as social partners.

In the first assignment, volunteers were asked to determine how they would split a small sum of money with another person they just met. The next task, they gambled money and were told what the other person’s outcome was based on the same gamble. Then they were asked if they wanted to split their money like they did in the first task. Throughout the entire process, researchers checked in and asked the subjects how happy they felt.

Researchers discovered that when participants felt guilt, they were more likely to give away half of their money in the experience. Those who kept the money for themselves were more likely to feel envy. The results indicate that inequality reduces happiness and subsequent generosity. The authors then factored these outcomes into their 2014 happiness equation to update the formula.

“This is the first time that people’s generosity has been directly linked to how inequality affects their happiness,” the authors said in a statement.

Sure, there’s a happiness formula — but there’s a catch

The original equation solely suggested that our moment-to-moment happiness depended on our expectations. That is, not how well you’re doing at the present time, but if you’re doing better than you anticipated. But Rutledge and his team are now discovering that’s only a piece of the puzzle.

“Lots of things can affect our happiness and with these equations we are starting to pin down just a few of those important variables including rewards, expectations and what happens to other people,” he said.

Of course, there’s no such thing as an exact science (or in this case, equation) when it comes to something as transitory as happiness. The team’s study sample was small, for starters, so it can’t be totally conclusive. Rutledge also says more research is needed to figure out the real life application to how people feel about inequality.

“In our experiment, everyone starts off with the same amount and they can

get equal and unequal outcomes,” he said. “In the real world, there is already a

lot of existing inequality, and we don’t know yet how exactly that affects happiness.”

Ultimately, though, Rutledge says the developing formula will help people discover the main sources of their joy — and that can play a big role in mood regulation and self-awareness.

“If we want to understand happiness, we need to be able to predict it,” he explained. “Hopefully this research will allow us to help people that suffer from depression, and at the same time allow us to understand ourselves a little better.”

So, until more definitive research comes, may you and your friends have equal good fortune.

Jesus, Sin and You (message illustration)

A science experiment showing how Christ can wash away our sins

The Brain-Training Secrets Of Olympic Athletes