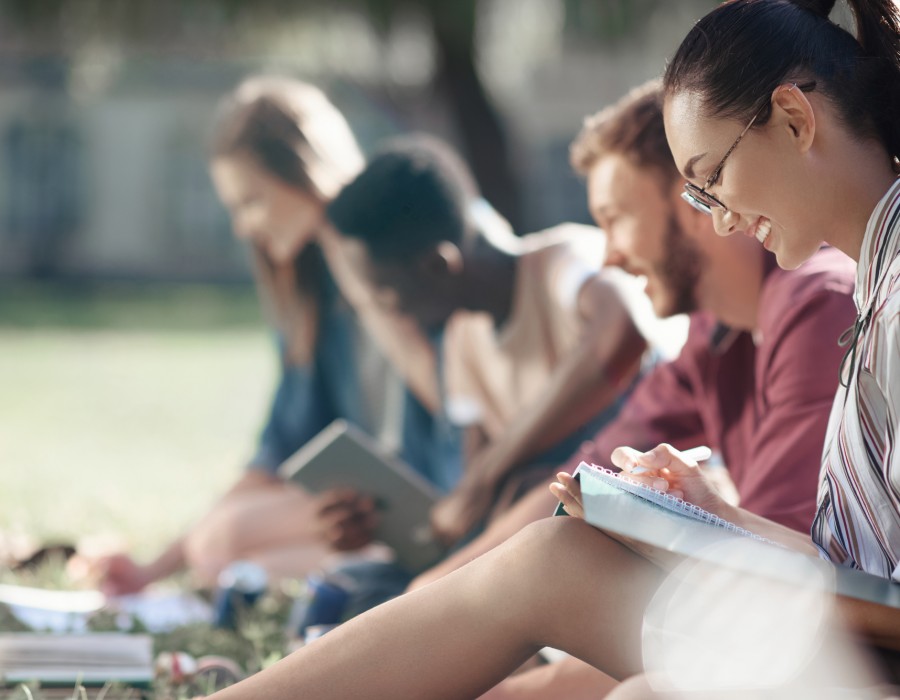 In many cases, happiness is a role people play, and behind the smiling facade, there is a great deal of pain. Depression, breakdowns, and overreactions are common when unhappiness is covered up behind a smiling exterior and brilliant white teeth, when there is denial, sometimes even to one’s self, that there is much unhappiness.

“Just fine” is a role the ego plays more commonly in America than in certain other countries where being and looking miserable is almost the norm and therefore more socially acceptable. It is probably an exaggeration, but I am told that in the capital of one Nordic country you run the risk of being arrested for drunken behavior if you smile at strangers in the street.

If there is unhappiness in you, first you need to acknowledge that it is there. But don’t say, “I’m unhappy.” Unhappiness has nothing to do with who you are. Say: “There is unhappiness in me.” Then investigate it. A situation you find yourself in may have something to do with it. Action may be required to change the situation or remove yourself from it. If there is nothing you can do, face what is and say, “Well, right now, this is how it is. I can either accept it, or make myself miserable.” The primary cause of unhappiness is never the situation but your thoughts about it.

Be aware of the thoughts you are thinking. Separate them from the situation, which is always neutral, which always is as it is. There is the situation or the facts, and there are my thoughts about it. Instead of making up stories, stay with the facts. For example, “I am ruined” is a story. It limits you and prevents you from taking effective action. “I have fifty cents left in my bank account” is a fact. Facing facts is always empowering. Be aware that what you think, to a large extent, creates the emotions you feel. See the link between your thinking and your emotions. Rather than being your thoughts and emotions, be the awareness behind them.

Don’t seek happiness. If you seek it, you won’t find it, because seeking is the antithesis of happiness. Happiness is ever elusive, but freedom from unhappiness is attainable now, by facing what is rather than making up stories about it. Unhappiness covers up your natural state of well-being and inner peace, the source of true happiness.

The ego creates separation, and separation creates suffering. The ego is therefore clearly pathological. Apart from the obvious ones such as anger, hatred, and so on, there are other more subtle forms of negativity that are so common they are usually not recognized as such, for example, impatience, irritation, nervousness, and being “fed up.” They constitute the background unhappiness that is many people’s predominant inner state. You need to be extremely alert and absolutely present to be able to detect them. Whenever you do, it is a moment of awakening, of disidentification from the mind.

Here is one of the most common negative states that is easily overlooked, precisely because it is so common, so normal. You may be familiar with it. Do you often experience a feeling of discontent that could best be described as a kind of background resentment?

It may be either specific or nonspecific. Many people spend a large part of their lives in that state. They are so identified with it that they cannot stand back and see it. Underlying that feeling are certain unconsciously held beliefs, that is to say, thoughts. You think these thoughts in the same way that you dream your dreams when you are asleep. In other words, you don’t know you are thinking those thoughts, just as the dreamer doesn’t know he is dreaming.

Here are some of the most common unconscious thoughts that feed the feeling of discontent or background resentment. I have stripped away the content from those thoughts so that the bare structure remains. They become more clearly visible that way. Whenever there is unhappiness in the background of your life (or even in the foreground), you can see which of these thoughts applies and fill in your own content according to your personal situation:

“There is something that needs to happen in my life before I can be at peace (happy, fulfilled, etc.). And I resent that it hasn’t happened yet. Maybe my resentment will finally make it happen.”

“Something happened in the past that should not have happened, and I resent that. If that hadn’t happened, I would be at peace now.”

“Something is happening now that should not be happening, and it is preventing me from being at peace now.”

Often the unconscious beliefs are directed toward a person and so “happening” becomes “doing”:

“You should do this or that so that I can be at peace. And I resent that you haven’t done it yet. Maybe my resentment will make you do it.”

“Something you (or I) did, said, or failed to do in the past is preventing me from being at peace now.”

” What you are doing or failing to do now is preventing me from being at peace.”

The Secret of Happiness

All of the above are assumptions, unexamined thoughts that are confused with reality. They are stories the ego creates to convince you that you cannot be at peace now or cannot be fully yourself now. Being at peace and being who you are, that is, being yourself, are one. The ego says: Maybe at some point in the future, I can be at peace — if this, that, or the other happens, or I obtain this or become that. Or it says: I can never be at at peace because of something that happened in the past. Listen to people’s stories and they could all be entitled “Why I Cannot Be at Peace Now.” The ego doesn’t know that your only opportunity for being at peace is now. Or maybe it does know, and it is afraid that you may find this out. Peace, after all, is the end of the ego.

How to be at peace now?

By making peace with the present moment. The present moment is the field on which the game of life happens. It cannot happen anywhere else. Once you have made peace with the present moment, see what happens, what you can do or choose to do, or rather what life does through you. There are three words that convey the secret of the art of living, the secret of all success and happiness: One With Life. Being one with life is being one with Now. You then realize that you don’t live your life, but life lives you. Life is the dancer, and you are the dance.

The ego loves its resentment of reality.

What is reality? Whatever is. Buddha called it tatata — the suchness of life, which is no more than the suchness of this moment. Opposition toward that suchness is one of the main features of the ego. It creates the negativity that the ego thrives on, the unhappiness that it loves. In this way, you make yourself and others suffer and don’t even know that you are doing it, don’t know that you are creating hell on earth. To create suffering without recognizing it — this is the essence of unconscious living; this is being totally in the grip of the ego. The extent of the ego’s inability to recognize itself and see what it is doing is staggering and unbelievable. It will do exactly what it condemns others for and not see it. When it is pointed out, it will use angry denial, clever arguments, and self-justifications to distort the facts. People do it, corporations do it, governments do it. When all else fails, the ego will resort to shouting or even to physical violence. Send in the marines. We can now understand the deep wisdom in Jesus’ words on the cross: “Forgive them for they know not what they do.”

To end the misery that has afflicted the human condition for thousands of years, you have to start with yourself and take responsibility for your inner state at any given moment. That means now. Ask yourself,

“Is there negativity in me at this moment?”

Then, become alert, attentive to your thoughts as well as your emotions. Watch out for the low-level unhappiness in whatever form that I mentioned earlier, such as discontent, nervousness, being “fed up,” and so on. Watch out for thoughts that appear to justify or explain this unhappiness but in reality cause it. The moment you become aware of a negative state within yourself, it does not mean you have failed. It means that you have succeeded.

“One day I will be free of the ego.” Who is talking? The ego. To become free of the ego is not really a big job but a very small one. All you need to do is be aware of your thoughts and emotions — as they happen. This is not really a “doing,” but an alert “seeing.” In that sense, it is true that there is nothing you can do to become free of the ego. When that shift happens, which is the shift from thinking to awareness, an intelligence far greater than the ego’s cleverness begins to operate in your life.

Emotions and even thoughts become depersonalized through awareness. Their impersonal nature is recognized. There is no longer a self in them. They are just human emotions, human thoughts. Your entire personal history, which is ultimately no more than a story, a bundle of thoughts and emotions, becomes of secondary importance and no longer occupies the forefront of your consciousness. It no longer forms the basis for your sense of identity. You are the light of Presence, the awareness that is prior to and deeper than any thoughts and emotions.

When Cultural Differences Interfere with Your Time

Time Management In Other Cultures

The Dalai Lama’s Insight on Time