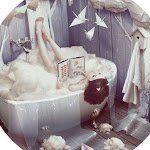 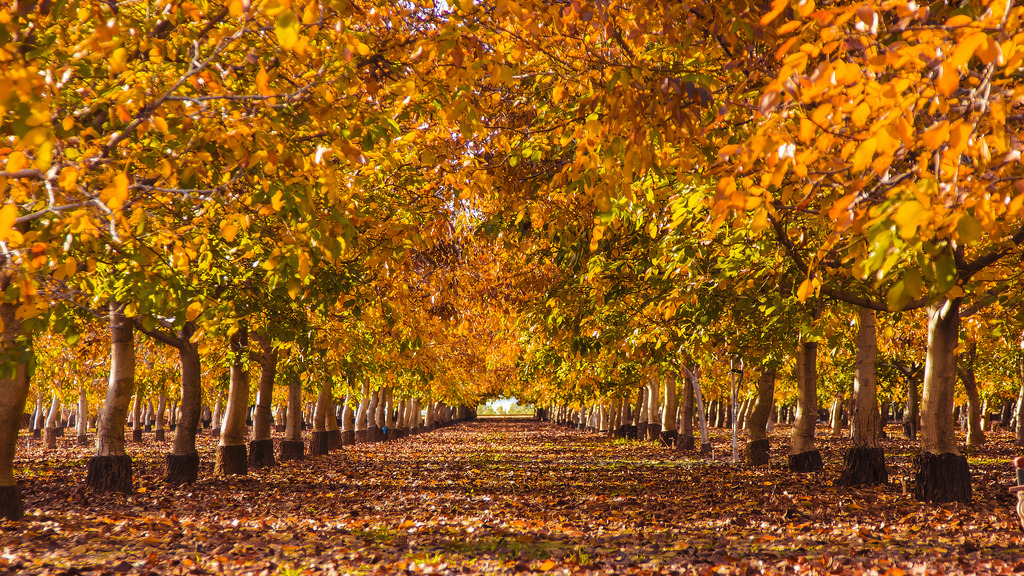 A crisp breeze blew through the man’s coat as he walked the road leading up to the mansion on the hill, his satchel beating on his side. His mind flashed back to the time when this house stood the crown jewel of the countryside with its pearl white columns dwarfing all who beheld it, but it now stood a ghost of a house.

Rarely anyone passed through the old orchards, say but young teenagers looking for the thrill of the supernatural. The man chuckled at the thought, for he had once been one of those thrill seekers, but those days were long behind him.

Years of disrepair shown on the house. Its once white walls were now stained a tinted yellow. Paint chips scattered the walls and ceiling, and rotted boards revealed the bowels of the porch. Mr. Applewhite’s window laid smashed in bits, the outside breeze blowing orange and yellow leaves through the empty house.

It had been a crisp Autumn evening much like this when death claimed Mr. Applewhite in his favorite leather chair by this very window looking out over his many miles of apple orchards from his mansion.

In his life, he had been the absolute reflection of aristocracy at its finest. Never a day went by when Mr. Applewhite wouldn’t tighten his tie and gaze upon the fortune he’d built from nothing.

The Applewhite Mansion never saw a night without the company of a cacophony of drunken dinner guests. Life was as gold as an Applewhite apple picked right off the tree.

Mr. Applewhite found no doubt in his mind that his fortune and empire would carry on beyond his time. He claimed the title of a generous man, giving to charities and putting on a warm smile, but his neighbors all knew him to be a man who turned his nose up at beggars asking for his spare change.

Standing upon the porch, the man recalled the things his ma and pa would say about Mr. Applewhite.

“He’s an angry old geezer that one is,” his pa would state through the a mouthful of peas and roast. “He’d do us all a favor if he’d just bite the dust already.”

“Be careful with that mouth of yours,” his ma would rebuke from the other side of the dinner table. “That man, done got nobody up there in that big ol’ house of his. Must be a sad life.”

“He don’t got nobody ‘cause the only thing he ever loved was that damned orchard of his!” His pa would then contort and silence would

follow, but not without a roll of the eyes from his ma.

“Must have been a sad life indeed,” the man thought to himself.

The moment the earth had swallowed him up was the end of his beloved orchard and fortune. Shortly after the passing of Mr. Applewhite, news struck the papers of the bankruptcy and closing of the Applewhite Industries. The gates were closed to the orchard.

A moment passed, and the man reached in his satchel for his paints and canvas. The sea of orchard stretched out before him had become his inspiration for his art. The blanket of reds, oranges, and yellows of the Autumn struck trees rejuvenated him.

As he painted, he imagined Mr. Applewhite in his leather chair, smoking his pipe, relishing his well paid hard-work. He often wondered if Mr. Applewhite ever saw the real beauty in his orchard when gazing upon it, as he did, or if Mr. Applewhite merely saw it as his source of fortune to be used for gain.

The thought of the vain life Mr. Applewhite lived always dampened the man’s mood but another stroke of his brush would send his spirit soaring again.

As the sun’s last rays licked the horizon, the man had his satchel packed up and his feet already moving. He took in one last deep breath of the fresh air and began on his way down the path away from the Applewhite Mansion which would be lonely once more with the departure of its only guest these days.

Step after step, one thought rested on the man’s mind as it did with every farewell to the orchard. He couldn’t help but wonder how such a man as Mr. Applewhite, who strove after wealth and status in order to stamp himself into the world and assure his legacy live on, didn’t know that fortune only favors the living.

Is It Good To Drink Electrolyte Drinks Daily?

How to heal your knee injury?

Spider Vein Treatments; Things To Know About Them.