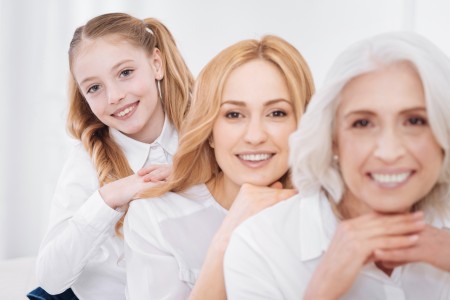 My maternal grandparents were a huge part of my life growing up. We moved from Winnipeg when I was three, and it was devastating to us all. But we went back every summer, and they visited us a lot too.

I was the first of six grandchildren, and always had a special relationship with them both, but especially with her. So when I found out I was expecting my first baby years later, they were so excited!
When my daughter was born in 1990, she was the first grandchild on my side, and the first great-grandchild for my grandparents. They came to visit when my baby was 3 months old, and boy did she get spoiled!!!
One of the gifts my grandmother gave was a little plastic puppy that had a clip on the back so it could attach to a stroller or car seat, and you could press the tummy and it played "Twinkle Twinkle Little Star".  It had one of those long life batteries, not anything you could change.
My daughter loved it! When she was old enough she would press it herself over and over again. When my son came along, he played with it too. I can't even guess how many times it got played.
My grandmother passed away in 1995 at 80 years of age, and my children were lucky enough to know her for five and three years, respectfully. Even as they grew too old for that toy, it still worked when you pressed the button! We used to joke that Nanny was keeping it going!
Twelve years after she passed, my sister finally had a  baby, and my niece got to play with the puppy, and a year later my brother's twin girls came along, and they had it for a couple of years. In 2010 my sister gave birth to my nephew, and he played with it.
It's now 2018, and almost 30 years later that wonderful toy is still going strong!!!!!  I just went into my dresser drawer and pressed the button and listened to it again. I have no explanation for how that thing still works when you cannot change the battery, and its been through six kids plus numerous children who have been guests in or home.
I can only think that Nanny is making sure it's still working. Silly I know, but comforting to me nonetheless.

Know the best technology solutions which are in demand.

Advantages that you get with stainless steel pipe fittings.