Lives That Were Forever Changed Thanks to the Power of Generosity 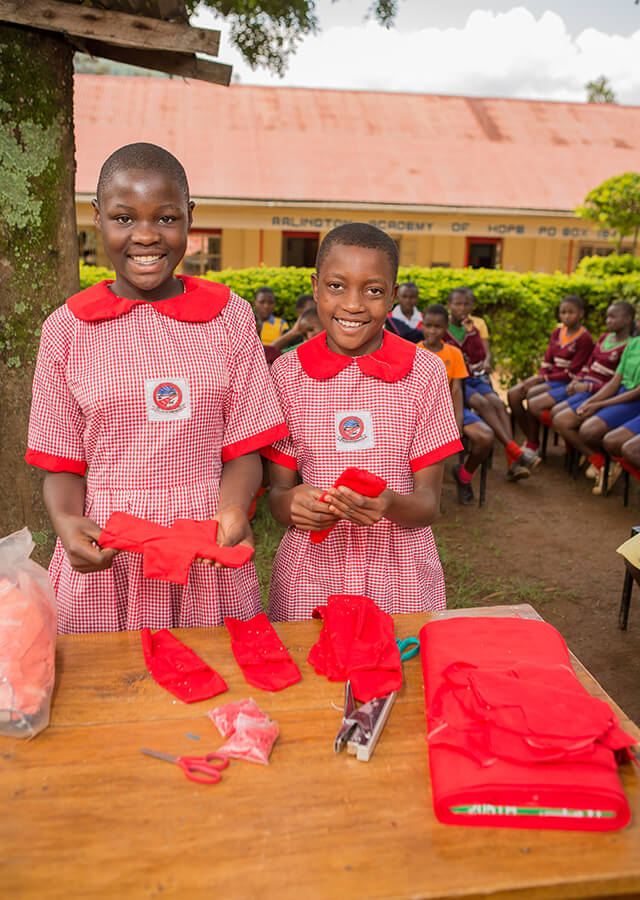 Esther, a fifth grader from Uganda, hasn't gone through puberty yet but recently led a workshop for women in her community on how to make sustainable, reusable pads. She led the workshop with Dorcus, a seventh-grader at Arlington Academy of Hope in Uganda where Esther attends school.

The pair raised money for the workshop's supplies by selling homemade jewelry. Their service project wasn't just about the importance of feminine hygiene; it was also about the power of education. In rural Uganda, it's common for a young woman living under the poverty line not to have access to sanitary pads, a fact that contributes to school absenteeism, which is a practice Esther, 11, and Dorcas, 14, would like to help reduce.

The young women are scholars with She's the First, a non-profit that supports girls who will be the first in their families to graduate high school. Esther told Readers Digest, "She's the First encouraged me not to think that education is only for boys. In my country, women are considered to be very low and men to be very high. I want to make all men and women equal." Since 2013, Esther and Dorcus' education has been supported by She's the First, which currently sponsors over 900 scholars.

Co-founder Christen Brandt told us that the organization pays for tuition, health care, and (when applicable) boarding costs for every scholar until they graduate. Brandt explains, "Their lives were not changed because of a charitable gift, but because of the combination of donations, sustainable social change organizations, and their own hard work—and of course, in the process, they're creating a ripple effect in their own community."

6 Smart Ways to Disagree With Someone Respectfully

How to disagree productively and find common ground | Julia Dhar

Know About the Exchange Rate in UAE

The Anti-Anxiety Techniques That Prepare You for a Crisis