What Does the Bible Say About Homosexual Behavior? 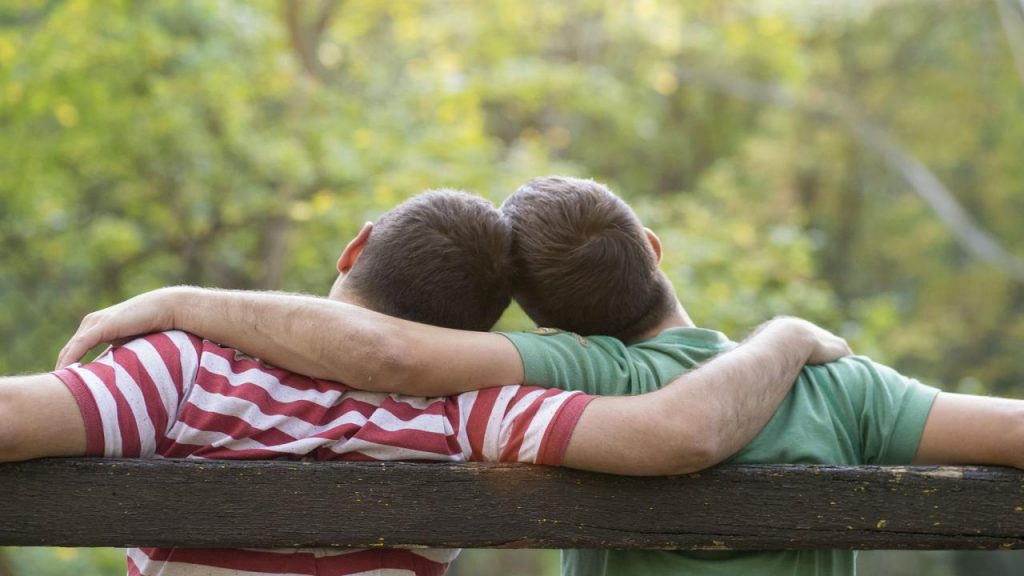 Homosexuality is the act of intercourse between people of the same sex. When the Bible speaks of homosexuality, its emphasis is on behavior, not condition. God loves sinners, but condemns sin. And the Bible’s verdict on homosexual behavior, as with all sexual immorality, is that it is sinful. This extensive collection of Scriptures is provided as an aid for those who wish to study what the Bible says about homosexuality.

That evening the two angels came to the entrance of the city of Sodom.

Lot was sitting there, and when he saw them, he stood up to meet them. Then he welcomed them and bowed with his face to the ground. “My lords,” he said, “come to my home to wash your feet, and be my guests for the night. You may then get up early in the morning and be on your way again.” “Oh no,” they replied. “We’ll just spend the night out here in the city square.” But Lot insisted, so at last they went home with him. Lot prepared a feast for them, complete with fresh bread made without yeast, and they ate. But before they retired for the night, all the men of Sodom, young and old, came from all over the city and surrounded the house. They shouted to Lot, “Where are the men who came to spend the night with you? Bring them out to us so we can have sex with them!”

So Lot stepped outside to talk to them, shutting the door behind him. “Please, my brothers,” he begged, “don’t do such a wicked thing. Look, I have two virgin daughters. Let me bring them out to you, and you can do with them as you wish. But please, leave these men alone, for they are my guests and are under my protection.”

“Stand back!” they shouted. “This fellow came to town as an outsider, and now he’s acting like our judge! We’ll treat you far worse than those other men!” And they lunged toward Lot to break down the door. But the two angels reached out, pulled Lot into the house, and bolted the door. Then they blinded all the men, young and old, who were at the door of the house, so they gave up trying to get inside. (NLT)

“Do not practice homosexuality, having sex with another man as with a woman. It is a detestable sin.” (NLT)

“If a man practices homosexuality, having sex with another man as with a woman, both men have committed a detestable act. They must both be put to death, for they are guilty of a capital offense.” (NLT)

That evening an old man came home from his work in the fields. He was from the hill country of Ephraim, but he was living in Gibeah, where the people were from the tribe of Benjamin. When he saw the travelers sitting in the town square, he asked them where they were from and where they were going.

“We have been in Bethlehem in Judah,” the man replied. “We are on our way to a remote area in the hill country of Ephraim, which is my home. I traveled to Bethlehem, and now I’m returning home. But no one has taken us in for the night, even though we have everything we need. We have straw and feed for our donkeys and plenty of bread and wine for ourselves.”

“You are welcome to stay with me,” the old man said. “I will give you anything you might need. But whatever you do, don’t spend the night in the square.” So he took them home with him and fed the donkeys. After they washed their feet, they ate and drank together. While they were enjoying themselves, a crowd of troublemakers from the town surrounded the house. They began beating at the door and shouting to the old man, “Bring out the man who is staying with you so we can have sex with him.” The old man stepped outside to talk to them. “No, my brothers, don’t do such an evil thing. For this man is a guest in my house, and such a thing would be shameful. Here, take my virgin daughter and this man’s concubine. I will bring them out to you, and you can abuse them and do whatever you like. But don’t do such a shameful thing to this man.” (NLT)

And there were also male cult prostitutes in the land. They did according to all the abominations of the nations that the LORD drove out before the people of Israel. (ESV)

He put away the male cult prostitutes out of the land and removed all the idols that his fathers had made. (ESV)

He also tore down the living quarters of the male and female shrine prostitutes that were inside the Temple of the LORD, where the women wove coverings for the Asherah pole. (NLT)

But God shows his anger from heaven against all sinful, wicked people who suppress the truth by their wickedness…. Yes, they knew God, but they wouldn’t worship him as God or even give him thanks. And they began to think up foolish ideas of what God was like. As a result, their minds became dark and confused. Claiming to be wise, they instead became utter fools. And instead of worshiping the glorious, ever-living God, they worshiped idols made to look like mere people and birds and animals and reptiles.

So God abandoned them to do whatever shameful things their hearts desired. As a result, they did vile and degrading things with each other’s bodies. They traded the truth about God for a lie. So they worshiped and served the things God created instead of the Creator himself, who is worthy of eternal praise! Amen.

That is why God abandoned them to their shameful desires. Even the women turned against the natural way to have sex and instead indulged in sex with each other. And the men, instead of having normal sexual relations with women, burned with lust for each other. Men did shameful things with other men, and as a result of this sin, they suffered within themselves the penalty they deserved.

Since they thought it foolish to acknowledge God, he abandoned them to their foolish thinking and let them do things that should never be done. Their lives became full of every kind of wickedness, sin, greed, hate, envy, murder, quarreling, deception, malicious behavior, and gossip. They are backstabbers, haters of God, insolent, proud, and boastful. They invent new ways of sinning, and they disobey their parents. They refuse to understand, break their promises, are heartless, and have no mercy. They know God’s justice requires that those who do these things deserve to die, yet they do them anyway. Worse yet, they encourage others to do them, too. (NLT)

Don’t you realize that those who do wrong will not inherit the Kingdom of God? Don’t fool yourselves. Those who indulge in sexual sin, or who worship idols, or commit adultery, or are male prostitutes, or practice homosexuality, or are thieves, or greedy people, or drunkards, or are abusive, or cheat people-none of these will inherit the Kingdom of God. Some of you were once like that. But you were cleansed; you were made holy; you were made right with God by calling on the name of the Lord Jesus Christ and by the Spirit of our God. (NLT)

Now we know that the law is good, if one uses it lawfully, understanding this, that the law is not laid down for the just but for the lawless and disobedient, for the ungodly and sinners, for the unholy and profane, for those who strike their fathers and mothers, for murderers, the sexually immoral, men who practice homosexuality, enslavers, liars, perjurers, and whatever else is contrary to sound doctrine … (ESV)

And don’t forget Sodom and Gomorrah and their neighboring towns, which were filled with immorality and every kind of sexual perversion. Those cities were destroyed by fire and serve as a warning of the eternal fire of God’s judgment. (NIV)