Human Rights: an endless battle (Documentary of 2009 on the debates at the U.N.) 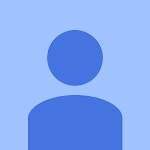 "We thought we were going to attend a UN meeting and we witnessed a racist hate fest instead". Anti-Semitic slogans, flyers praising Hitler to come back from the dead, fundamentalist propaganda... These are images that have haunted many NGOs since the 2001 Durban Conference in South Africa. It all happened a week before 9/11... As the United States waged war against terrorism and deserted UN regulations, Asian and African states took hold of the majority in the new Human Rights Council created in 2006. For the first time, a documentary says what is going on in Geneva’s UN premises. It is explaining what became of the 1948 Universal Declaration on Human Rights. What we discover there seems very far from the miraculous consensus orchestrated by Eleanor Roosevelt 60 years ago. Nowadays, the Council hosts a direct confrontation between two visions of the world. Dictatorships and authoritarian states give lessons to the few democracies present in the Assembly. As Robert Badinter - the father of death penalty’s abolition in France - puts it: "the question of human rights once more became an ideological battlefield". Words become crushing weapons in this new Assembly. Should we forbid the defamation of religions in order to combat racism at an international level? Or does it constitute a regression when it hides discriminations made in the name of religion in certain countries? This is a very sensitive issue on the eve of the Second Durban Conference: America and European countries threaten to boycott the process...

Subscribe to wocomoDOCS for more documentaries in full length:
http://bit.ly/21RApvv

Dr. Joe Dispenza - How To FEEL The FEELING | Life Changing Speech Ever!

Dr Joe Dispenza (2020) - The POWERFUL Law Of Attraction Technique to MANIFEST What You Want FAST!