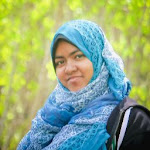 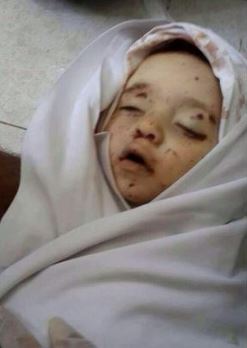 A torturing serenity meets the way through the iron gates

Each steps ahead,the hours go and so does the dates.

What that bothers her isn't the cloudy atmosphere

But the same cloudiness in her eyes and a burning pain in the heart deep down there.

Stepping into a world of isolation , a world so silent

Wondering how the the dwellers had lived and how they went

Had they travelled , to reach their eternal abode?

The questions couldn't haunt her too long

Because she realized she was going along a direction all so wrong.

Returning to the track,towards the tiny grave

The grave of someone whose love she would always crave.

No cherishable memories blurring her sight

No photos to store,no diary to write

Just a few tiny water-drops cornered in her eyes

To struggle their way through the eye,they would fight.

Those ear-piercing bomb-blasts and the God-damned gunshots

Snatched away all her happiness , even the one lying in a cot.

Just a li'l dream that she had dreamt

The one that , before budding, had wilted

And at once , she was all but filled with hatred.

Hues and cries and everywhere blood

The world had shattered and the sky above her had thud

For crushing everyone's dream under their feet

For destroying the homeland,for playing with the fates.

The drops ran down the cheeks and down her gown

Never in life , she ever felt so down

Only with the fellow sufferers , the agony she could share

For they all had, many to lose but none to care.

Was this what the people would call 'The Golden Age' !

Where no fellow brethren of the global village

Came forward to free them from the war's cage.

She held out hands to a dedicated prayer in silence

Praying for the snatched souls to rest in peace

Also for the war to finally cease.

20 things we all need to know about sex

Why we shouldn’t shy away from sexual education | Dr. V. Chandra-Mouli | TEDxChisinau