How to Handle "What If..." Worrying 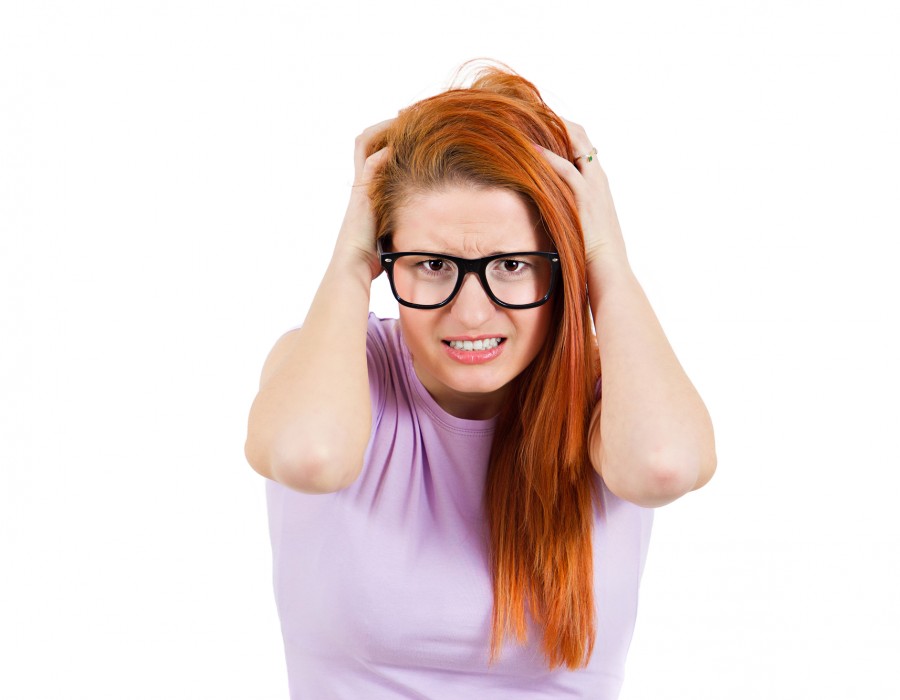 How to Handle "What If..." Worrying
by Catherine Pratt
www.Life-With-Confidence.com

The sentence, "what if ..." used to dominate most of my thoughts.

I’d always worry about the worst happening basically no matter what I was doing. My day would be filled with “What if I’m late?”, “What if it’s the wrong decision?” "What if I screw up?” and on and on I’d go.

It’s good to be aware of what could go wrong so that you can have back up plans. But, not to the extent that you worry yourself sick over something that may not come to be or doubt yourself with the “what if it’s the wrong decision?” That’s usually just a waste of energy worrying about something that never even happens.

Here’s a good example. If you’re going on a trip, it’s good planning to think “what if it rains?” so that you can take along a rain jacket but it’s not useful to worry about “what if I miss the plane?” Missing the plane is something you can’t do anything about until it happens and most likely it will never even occur.

I used to constantly worry about missing flights. Then I married my husband who is always pushing it to the furthest limits of how late we can leave it before departing for the airport. My husband is so extreme that he calls the taxi and then starts packing. Up until that moment, he hasn’t even thought about what he’ll take. So, he packs in 10 minutes or less.

At first, this stressed me out greatly and I would waste hours worrying “We’re going to miss the flight. What if we miss the flight? What will we do?” Then one time, we really did miss our flight. And what happened? Nothing really. It was very anti-climatic to my original worrying. The airline simply put us on the next flight which turned out arrived sooner than our original flight. So, now I know, if we miss the flight, we deal with it.

Another 5 points I've learned on how to handle "what if” worrying are:

1. The Bad Thing May Turn Out To Be A Good Thing

You just never know why things happen the way they do. What may initially seem like a bad thing could end up being a really good thing. Just like missing the flight, we ended up arriving sooner than we were originally scheduled. That was something I definitely didn’t consider. Plus, all sorts of things could have happened. We could have run into an old friend at the airport or met someone who would change our lives. You just don’t know. You just have to trust that all is well in the world.

3. You Can Handle It

Along with not knowing why things happen, you also don’t know what resources you’ll have available to you at that particular time. Back to the missed flight example, I couldn’t have known that the reservation agent would be so great and would handle absolutely everything and make it such a smooth and easy process. You just don’t know what will be there for you until you’re in it. Just know, that if the worst happens, it’s at that time that you can really assess the issue and take stock of what resources you have to work with. You won’t know that until it happens. And when it happens, you’ll deal with it. So, now whenever I catch myself having a lot of “what if” thoughts, I tell myself, “I’ll handle it when it happens” and move on to something else.

The worst part of "What if...?" worrying is that you’re not doing anything about it. If you’re worried about something happening, is there something you can do about it? Let's use the above example about being late for work. If you're worried about being late for a meeting or even just for work every day, are there things you can do to minimize the risk? You could leave earlier or you could get all your things ready the night before. Two easy things you could do to take action to deal with your worry.

Here's another example, if you’re worried about getting sick while you’re on vacation, is there action you can take? Yes, you could pack some basic medications to take with you. Taking positive steps will quickly erase your fears. You now know you’re prepared to deal with the problem.

5. Don't Get Trapped In Denial

In the above example, you might try to deal with it by letting yourself slip into denial thinking with “It’s nothing. It won’t happen. I won’t get sick”. Usually this will just push your worry to the back of your mind but it will still be there, slowly stressing you out more and more by constantly asking you "What if...?". Face the fear and move towards it. You’ll quickly find that it just isn’t as scary as you thought it would be. Also, sometimes, just by verbalizing the fear instead of letting it fester at the back of your mind will make it seem less frightening.

Whenever you catch yourself worrying about "What if...?" scenarios, use the above 5 tips to change the negative thoughts into more constructive thinking. Needless worrying is just a waste of energy. Worrying also causes you to miss out on enjoying the present moments of your life because you're so focused on something that isn't even real.

It'll probably take a little bit of practice but you'll find that you're so much calmer and happier without the previous anxiety.

Good Luck and no more driving yourself crazy worrying about "What if...?"

How to get the most out of your digital signage?