An Expert Weighs In on Forgiveness 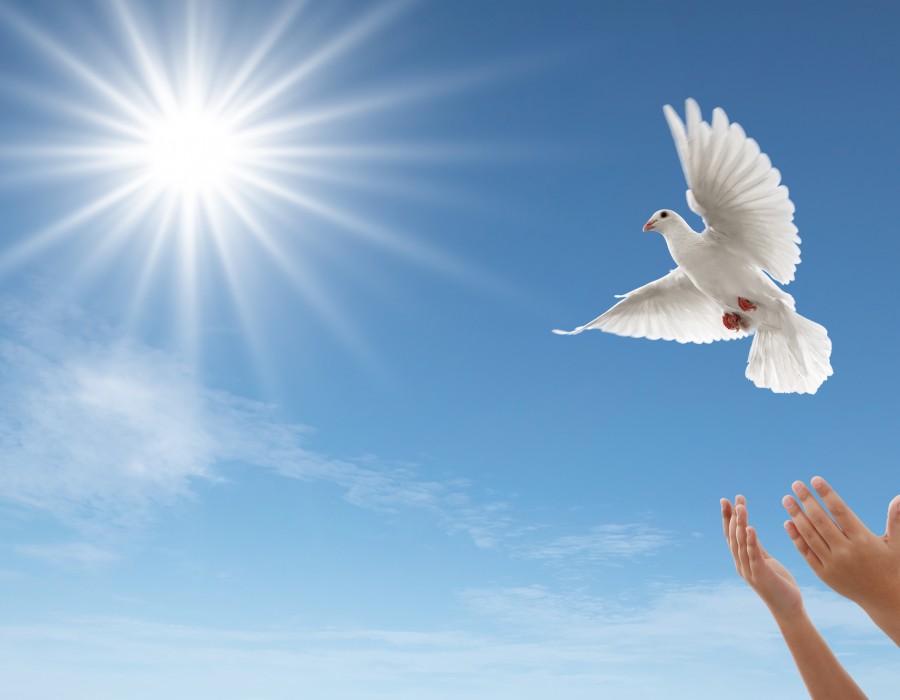 What a relief to drop the whole idea of forgiving your spouse after divorce…and instead just “move on” with your life. Hundreds of readers seemed to feel this way after reading Erica Manfred’s provocative post, “Why Forgiveness is Overrated.” After all, if you’ve been wronged by your ex, why spend the time, effort and guilt struggling to forgive, particularly when he (or she) is walking away without remorse or even an apology. “Let Jesus forgive him,” Ms. Manfred stated. “It’s not your responsibility.”

Ms. Manfred’s arguments were persuasive, but my gut said no, this isn’t the whole story on forgiveness. To buy into this perspective dismisses a spiritual concept that is an element of most (if not all) religions of the world, not just Christianity and Judaism. So it was time to ask an expert.

I called Fred Luskin, who runs Stanford’s Forgiveness Project and is author of Forgive for Good. Luskin has studied forgiveness worldwide for 15 years. He works with people who have horrible things to forgive–mothers whose children have been murdered, people who’ve witnessed a loved one being shot in their front yard, a patient who lost a limb from a doctor’s mistaken amputation. When I interviewed Dr. Luskin for this piece, he thought divorces, even the worst ones, do not make his top 10 list of horrific wrongs suffered by people in the world.

Luskin’s studies show that forgiveness is life-changing, and failure of character on one side (your ex not having remorse) is no excuse for failure of character on the other side (your unwillingness to forgive). Luskin’s position is that every human being has a conscience and an evolutionary pull to wholeness which can be accepted or denied. This force (call it God or whatever you want) pushes us toward our highest self. By giving up on forgiveness, you are at some level giving up on kindness, goodwill, compassion and understanding. You are walking away from what’s best in yourself as well as denying yourself the peace that comes from forgiving. You’re also walking away from what’s best for the world. As Luskin put it, “The problem with the world today is that everyone is asking, ‘What’s in it for me?’ instead of asking ‘How can I be a better person?'”

Luskin was quite optimistic that anyone trying to forgive an ex would have success eventually, if they commit to the process. And here’s what he specifically advises for divorce:

Think about what has happened to you. Go through the anger, go through the blame, go through depression and grief. Grieve, grieve, and then grieve some more. But don’t give up trying to find compassion and understanding. Don’t stop striving for forgiveness. Take a good look at yourself and see what mistakes you made. Take responsibility for the massive, life-changing mistake you made in marrying this person. And then work to forgive yourself first.

Luskin thinks forgiveness of self is a central issue in divorce. It’s hard to accept that you made a mistake that haunts your life for years or even decades. Yet, to fully move on, you have to give up the victim identification and stop defining yourself as wounded. To put it bluntly, Dr. Luskin said, “If you married and divorced a jerk, expect he will keep acting like a jerk.” But know that “an ongoing difficulty doesn’t have to be an ongoing wounding.”

And although Luskin agrees that you can’t make forgiveness happen, he said you can make it more likely by aiming for it. You do this by being grateful for good things in your life. You develop compassion for your predicament instead of feeling like a victim. You look around and see that there’s suffering everywhere, worse than your own. You learn to accept that mistakes and pain are part of the human condition. In other words, you change your expectation of what life should be, which will help you stop identifying with the victim mentality and start accepting life for what it is for everyone–a mix of good and bad.

While I agree with Fred Luskin’s bigger picture, I personally think the greatest benefit of forgiveness is still “what’s in it for you.” Once you’ve experienced real forgiveness, you know that “moving on” is a poor substitute and all intellectual arguments are irrelevant.

I, like most middle-age people, have had an experience of wounding and betrayal by someone in my life. I went through it all–anger, grief, depression, therapy, healing. I “moved on” and felt I had let go. Then, a few years later, this person and I had a brief conversation where his emotional vulnerabilities came out. Something shifted inside me, and in the days and weeks that followed, my residual anger and resentment went away. It was unexpected, not dramatic, and yet definitely life changing.

Did he ever express remorse for how he wronged me? No. Did he apologize three times, like Erica Manfred says is required in Judaism before you are required to forgive? No. In fact, he has never apologized and to this day has no self-awareness. But none of this mattered. It still felt like a boulder was lifted from my heart. I didn’t invite him back into my daily life, but I genuinely have lost all desire to hurt him. The emotional charge is gone and I hardly think about him or the past anymore. I feel I was finally released.

Don’t get me wrong, I didn’t reach sainthood. From time to time, I feel the pull of old resentments. But I still have the gift of peace that was given to me. And forgiveness is without question a gift, not something I made happen or could have made happen. That’s the mystery of it all and perhaps the real key to what is missing in Ms. Manfred’s assessment. It’s not your “responsibility” to forgive, not something to add to your to-do list and then feel guilty when it doesn’t happen.

Your job is to lay the groundwork, and then be patient. I couldn’t even contemplate forgiveness when the worst conflict was going on, and I had to finish grieving before I had any openness to forgive. Forgiveness came when I had almost given up–and when I was still praying for it through clenched teeth. I see forgiveness as a final grace that comes after you’ve walked a long and hard path–a spiritual reward for not giving up.

So let’s face it, forgiveness is something you do for yourself to detoxify your own life and reach that place of wholeness. The benefit to the world (or to your ex) is a by-product.

The terminology you use doesn’t matter. You can call it “moving on” or “forgiveness,” so long as the end result is the same. If you no longer talk badly about your ex, no longer think of your situation as a tragedy; if you can tell your story and there’s almost no emotional charge; if you can see that there’s no evil and no victim, that it’s just life and the human condition–you’re there, you’ve forgiven.

“All About That Bass” Lyrics - Meghan Trainor

The Best Way to Fall Asleep Under 15 Minutes Guaranteed