How to Stop the War in Your Head and Find Peace 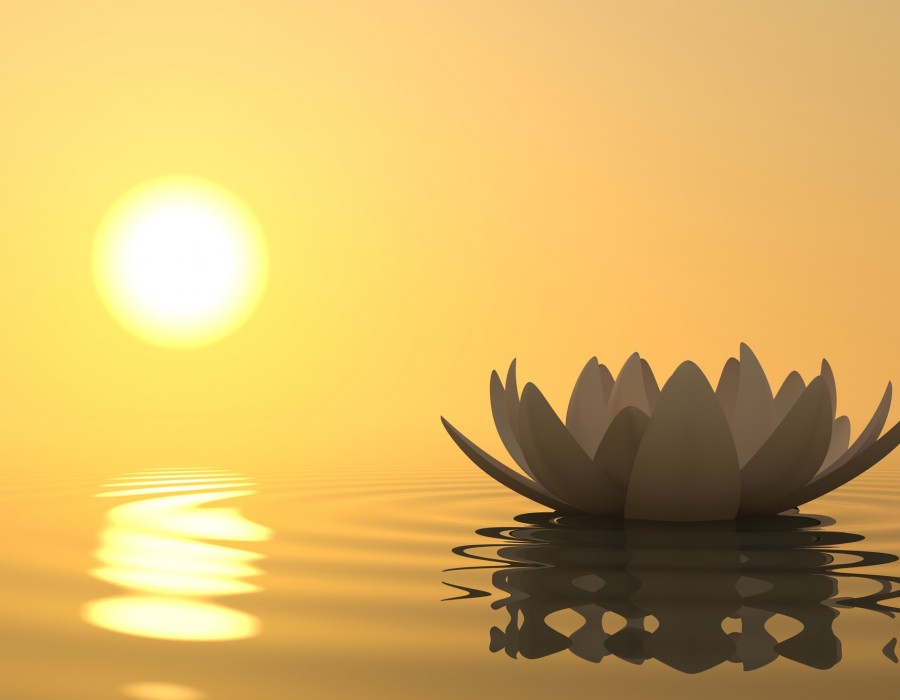 How to Stop the War in Your Head and Find Peace


“A mind at peace does not engender wars.” ~Sophocles

There’s a classic Buddhist story about two monks who come upon a woman at the edge of a river. One of the monks carries her across and they continue on their way. Several miles on, the other monk turns to the first and says, “How could you do that? We have made vows never to touch a woman!” The first looks serenely at him. “Are you still carrying her? I set her down at the edge of the river.”

This is exactly what our minds do, if we aren’t careful: We carry our upsets with us long after the original cause is over. (We also pick up imaginary burdens from a future that may never come.) It’s what I call “the war in your head.”

You know what it feels like. On the surface, you are going about your day—at work, driving, shopping, watching TV. But in your mind you’re going over, maybe for the hundredth time, what your boss or neighbor or ex-spouse said last week. Or what they might say or do next week.

Only a sliver of your attention is on what is happening now. The rest of you is in the future or the past, reliving an old battle or imagining a future one.

I say the war in your head, but you will inevitably feel its effects in your body as well. Maybe your throat or your chest is tight, your breathing is shallow, and your stomach feels a bit nauseous. As far as your body’s concerned, you might as well be experiencing the scene in reality: the stress hormones flow just as surely, doing their damage.

When the war is in your head, you are the loser, every time. It doesn’t matter how often you re-fight the battle (or fight it in advance)—you have ceded your peace of mind, and anything else that might be available to you in the present moment. You can wear yourself out, even boxing with shadows.

I learned this the hard way, during and after my divorce. I spent hours, days, weeks, and months with a full-scale war raging in my head. I sleepwalked through the rest of my life to the accompaniment of a continuous background rumble of outrage, pain, and anger.

Most of my energy and attention were sucked up in imaginary arguments with my ex-husband, his lawyer, and the judge. I would go over and over the same ground, inwardly reciting my grievances, telling them off, or spinning down the rabbit holes of innumerable “what if” scenarios. None of it did me any good—the war in my head only added to my suffering.

Eventually I realized what I was doing to myself and laid down my arms in sheer exhaustion. The quiet in my mind was almost eerie, like a battlefield after the ceasefire is called.

Although my divorce continued along much the same lines it had been, I refused to give up my entire life and energy to the fight. I consulted with my lawyer, did what was necessary when it was necessary, and slowly became aware of the life that had been flowing around me, unnoticed and unlived, while I fought my inner war.

The truth is, the war in our heads harms no one but ourselves, and even a small-scale war can have major consequences. How often has someone cut you off in traffic, or made a rude remark that you ruminated on for the rest of the day? How often have you spent anxious hours worrying about a possible outcome that never occurred?

Our mental real estate is too precious to give over to war and strife. Our bodies are too vulnerable to collateral damage.

Luckily, it is possible to stop the war in your head. The first—and most important—step is to simply recognize when it’s happening and what it’s doing to you. Most of us are so used to the war that we become essentially unconscious of it. It just feels normal.

In the beginning, it will probably take a full-scale battle to get your attention, but eventually you’ll learn to recognize even a minor skirmish. When you do, the next step is to take a metaphorical “step back” from it.

Put yourself in the role of a war correspondent, who is there to simply observe, not participate. You can’t stop the war through resistance—that will only fan the flames. You stop the war by removing the fuel it runs on, which is your unconscious participation.

Imagine a dial that lets you turn down the volume on your thoughts, as if you were viewing a battle scene from a distance.

Take some deep breaths, and let yourself be gently aware of any sensations in your body. You don’t have to do anything about them—just notice them and let them be. Becoming familiar with the negative effects of your mental war will help you to recognize it faster, and also give you the motivation to end it!

If you’re a visual person, try imagining a breeze that blows through your mind, gently clearing away the thoughts… or perhaps waves crashing on a beach, leaving the sand smooth and empty. Then say to yourself: “I choose not to have a war in my head.”

It really can be as simple as that. The war thrives on our unconscious participation. Once you become conscious of it, and make the choice to reclaim your mental real estate, the episodes of war will become both less frequent and less intense.

When this happens, you actually become more effective at solving any actual problems you might have, because your thinking is not clouded by drama and noise. This kind of thinking—without the violent emotions and resistance attached—also doesn’t impact your body the way a mental war does.

If you are tired of the war that rages in your head, join me in declaring a “no-war zone” in your mind and be vigilant in keeping it that way. There will always be events and situations in life that bring up resistance, anger, worry, and upset, but we can choose to be like the first monk and simply set them down rather than carrying them endlessly along with us.

About Amaya Pryce
Amaya Pryce is a spiritual coach and writer living in the Pacific Northwest. Her newest book, How to Grow Your Soul, is available on Amazon. For coaching or to follow her blog, please visit www.amayapryce.com.
Web | More Posts
Get in the conversation! Click here to leave a comment on the site.
The post How to Stop the War in Your Head and Find Peace appeared first on Tiny Buddha.

Talent Supply and Demand in the Post-Pandemic Era - How does it affect your company?

How to grab the opportunities offered from metaverse development solutions?