What It Really Means to Have a Supportive Partner 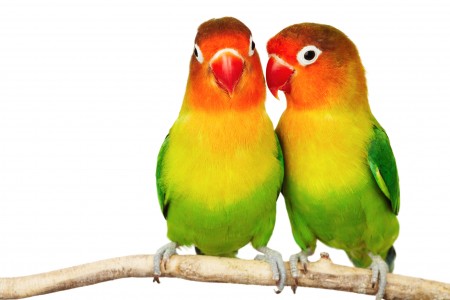 What It Really Means to Have a Supportive Partner

“The best possible thing you can get out of a relationship is that you’re with someone who encourages you to be the best version of yourself every day.” ~Nishan Panwar

If your partner creates a safe space for you to do this, then you are truly blessed. If not, have you ever wondered why you don’t feel safe, supported, and loved?

Two years ago my best friend told me he’d loved me for many years. It was an unforgettable day once I got over my initial shock, because for many years I’d felt the same way about him.

It took me a while to get my head around how the most beautiful man I knew, not to mention one of my best friends, wanted me over anyone else.

In the beginning of our relationship I idolized him. I had an image of him in my head as my friend, and it was one of unrealistic perfection, non-stop humor and happiness, and a loving boyfriend who would walk on hot coals for me, just as I’d watched him do for other girls.

I wanted to support him any way I could and would do anything for him, but when we got together—a difficult and confusing time for me, for many reasons—I was the one who needed supporting.

When I didn’t get what I thought I deserved, things began to look very different than I had originally imagined. Maybe he wasn’t the guy I thought he was going to be as a partner. Maybe I’d set his pedestal just a little too high.

Had going from friends to lovers been a terrible idea? But what was actually happening at the time was that I was leaning on him way too much for support, and I hadn’t even stopped to consider that the person I needed to sort out and support, first and foremost, was me.

You see, when we’re lost and confused, we often look to external influences to make us happy. We’re all guilty of it.

My experiments in how to find happiness have varied over the years—shoe shopping, drinking, drugs, yoga, meditation, and other people.

But we can’t solely rely on anything or anyone to make us happy. We have to create the happiness part for ourselves.

One major thing I realized at the beginning of our relationship was that I was asking for the world from a guy who I was placing way too many expectations and assumptions on.

I assumed just because he was finally in flow with his career that it meant that our coming together was doomed and that I’d be cast aside in favor of a new job.

I also assumed that because he wasn’t running around after me and spending every penny he had on me, as he’d done with previous overly demanding girlfriends, that I meant less to him than anyone else that had come before.

However, had he acted the way I had expected him to when I was at my lowest ebb, I would have quickly labelled him clingy, over-bearing, and annoying, and that would have been the end of that.

The truth was, he was being everything I needed him to be for where I was at that time.

I didn’t need someone who would wallow in self-pity and negativity with me, as previous partners of mine had done. I needed someone who would inspire me to be the best person I could be and show me that if I picked myself up, everything would work out just fine.

I remember him saying to me one night when I was in tears, “I know that you’re going through a lot right now, but get really excited about the future and what’s coming next rather than being fearful of it, because everything is going to be okay.”

Each time I remember those words, they mean more to me.

Let me tell you something that I have learned about what it means to have a supportive partner.

A supportive other half isn’t someone who will hang on your every word, do whatever you want, and follow you to the ends of the earth. That clinginess isn’t the “true love” that you’re searching for.

When someone truly loves and supports you, they challenge you, stand beside you when you need them, and give you the space you need to roam free and grow as a person.

They will never judge you or put constraints on your mind, your physical body, or any of your dreams. They will be a cheerleader for your cause without being a groupie. They’ll go to the other side of the world for you when you need them, but they won’t smother you.

They might not be around all the time, but for the things that really matter, or for when you are sick or in the dark, they’ll be there at your side, without you even needing to ask.

They might seem like the busiest person in the world or the least affectionate at times, but when it matters, they’ll drop everything for you.

Most of all, they will see you. This person will see what other people can’t. They’ll see you in all your beauty and grace, as well as your darkness and faults.

They will see you for the person you are now and the amazing one they know you are truly capable of becoming, even if you can’t quite see this yourself yet.

And they’ll love you. Unconditionally. And that’s really all that matters in this life.

Stop expecting things from your partner that they don’t intuitively know how to give you. You will learn and grow together, so long as you continue to communicate assertively and don’t put unreasonable demands on each other.

But it’s also up to you to become responsible for your own feelings and your own happiness. Put this first and you’ll become more lovable to your other half without even trying.

Keep supporting each other. Stop worrying that your other half is going to leave you or wrong you or let you down. Have some faith and, in return, they will have faith in you.

Stay truthful to yourself and they will reflect this beautiful truth straight back to you. And keep showing all of your colors to them—your light and your darkness. Because if they truly love you and value you, as long as you do all of this, they’re not going anywhere.

Natalie Edwards is a writer and speaker focusing on love, relationships and masculine and feminine energy. She inspires others to tap into their truth and learn how to authentically connect with one another. Find out more about Natalie on her website.

5 Symptoms Of Colon Cancer You Should Not Ignore

Empty Your Bowels In Just 2 Minutes! Clean Your Colon! Improve Your Digestion!

9 Exercises To Get Flat Stomach In Just A month