The Miracle of Life 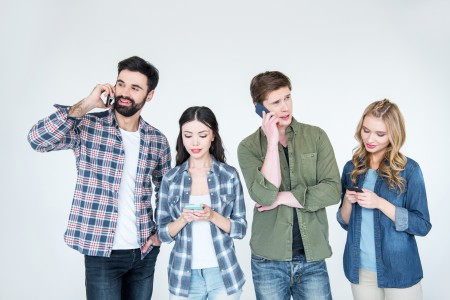 The most-watched NOVA documentary ever made and a revolution in the understanding of human development, The Miracle of Life(abbreviated Life) employs the most current developments in endoscopic and microscopic technology to capture the intricacies of human development. Narrated by Anita Sangiolo and vividly illustrating the most minute and hard-to-reach parts and processes of living systems, this film truly flexes the muscles of the newest photographic technology of its time, with esteemed photographer Lennart Nilsson behind the camera. Aired in 1983, Life was the first documentary of its kind, clearly explaining, in under an hour, biological systems that many people had never seen before. The film was written and produced by Bebe Nixon and directed by Bo G. Erikson. What follows is a description of the film, along with a brief analysis of its impact.

Life opens with a description of the origins of life in the ancient sea. Unicellular organisms swim around and mingle. These are explained as the first life forms on earth, the organisms that are at the base of the tree of life. More specifically, the cell is described as the fundamental unit of life, a unit that has persisted from the origins of life to this day. The division of a human body cell is shown, magnified to expose detail; each daughter cell carries the same information, and has the same structure as the parent. The DNA inside the cell, shown in the form of chromosomes, is what directs cell division and all other processes that begin and sustain life. High-resolution photography reveals the detailed, intricate structure of the chromosome.

Life then embarks on a journey never before depicted in such stunning detail: the process of human conception, development, and birth. The ovary containing the eggs is filmed as it is gently brushed by the blood-engorged fimbriae at the mouth of the fallopian tube, which collect a mature egg and help conduct it down the tube after ovulation. Clarification is provided by way of a diagram of the female reproductive system that shows the processes of ovulation and fertilization. As the egg enters the fleshy fallopian tube, muscular contractions and tiny swaying cilia conduct its motion toward the uterus. An endoscopic view of the fallopian tube reveals the intricate folds of an organ whose diameter is only twice the thickness of a single human hair and five inches in length. The entire process of ovulation is made possible by the sex hormones, which form colorful, complex patterns when crystallized and stained. Sex hormones play a key role in regulating a woman’s reproductive cycle.

Attention now turns to the male reproductive system, which is also controlled by sex hormones. A diagram showing the male reproductive system is used to explain the process by which sperm and seminal fluid combine and exit the man’s body through the urethra during ejaculation. The film shows and explains each major component of the male reproductive system. At this point, a journey similar to the one taken through the fallopian tubes is taken inside the penis, entering through the urethra. The flesh inside the penis is rich with blood vessels and lined by a mucous substance. The prostate, through which the urethra passes, is a spongy pink tissue that secretes fluid through orifices in its walls; this fluid is a component of the semen. Next, the testicles are shown as they would appear were the scrotum removed. They are composed of millions of tiny, tightly meandering seminiferous tubules and are riddled with minute blood vessels. These tubules are the site of immense sperm generation, and protect and nourish the sperm as they mature in preparation for ejaculation. Since sperm perform best when they develop at a temperature a few degrees below that of the body, the testicles are held outside the body in the scrotum. A thermal view shows that the lower part of the scrotum, where the testicles are nestled, is considerably cooler than the part closer to the body. An extreme close-up taken inside the testis reveals millions of tangled sperm in the process of formation. They are aided by nurse cells, which both nourish them and protect them from being attacked by the man’s immune system; having only 23 chromosomes, the sperm are considered foreign bodies and thus potentially harmful.

After maturing, the sperm are stored in the epididymis, where they become fully motile and ready for fertilization, should they be expelled. Exploring an individual sperm’s structure, Life explains that the sperm’s head contains the genetic material from the father, and is coated with enzymes and enzyme inhibitors. The enzyme inhibitors are only removed when the sperm is preparing to attempt penetration of the egg during fertilization. The middle part of the sperm contains fuel packets (mitochondria), which energize the motion of the sperm’s tail. While many of the sperm form correctly, there is also a high percentage (up to 20%) that do not, exhibiting deformities such as multiple tails or being nearly headless. Many sperm deformities are simply the result of elevated temperature of the testicles or other external conditions, including pollution, stress, poor nutrition, and smoking.

The drive to reproduce is emphasized as the force propelling the continuation of life on Earth. The courtship of human beings is depicted as a dance between male and female, where factors like arousal and attraction play a key role. The human eyes and skin are especially receptive to these factors; the skin is extremely sensitive and contains millions of nerve endings that encourage arousal. These nerve endings are most concentrated in the erogenous zones of the male and female bodies. Sexual arousal in the human male is triggered by signals from the brain that respond to external factors. These signals provoke a swelling of the erectile tissue in the penis, causing the penis to harden and elongate and its temperature to rise (as seen using thermal imaging). Once climax is reached, the various parts of the male reproductive system function in concert to propel the seminal fluid containing the millions of sperm out of the man’s urethra.

The camera follows the journey of the sperm as it leaves the epididymis, mixes with the various seminal fluids, and makes its way along the penis. Despite all of the various components of the semen, average ejaculation volume is only about half a teaspoon in total. This fluid is filmed as it enters the woman’s body, where it slows down and gels for a short while before re-liquefying and resuming its quest for the egg. Most of the sperm ejaculated, however, do not make it past the acidic vagina. Dead sperm are shown strewn across the vaginal tissue, like casualties on a dangerous battlefield. The sperm that continue beyond the vagina have only twenty-eight to forty-eight hours to fertilize the egg, and thus are shown swimming vigorously in clusters. The film is even able to record the sound made by the thousands of urgently swimming sperm, a constant and quiet rumbling. As they continue, the sperm encounter a number of obstacles, including the woman’s own immune system. Some sperm are even shown trying to fertilize ordinary body cells that have been mistaken for the egg.

The thousands of sperm that manage to swim on make their way up through the cervical fluid, mucin, and through the uterus to the fallopian tubes. These sperm appear as a shimmering, forked trail when photographed inside of the woman’s body. A view from inside the uterus shows the openings leading to the two fallopian tubes; the remaining sperm will enter both, although only about half will choose the one containing the fertilized egg. The constantly swaying cilia inside the fallopian tube generate a current that pushes the sperm away from the egg. However, the cilia are also helpful in that they wear away the sperm’s enzyme inhibitors, giving it a better chance of chemically penetrating the egg’s surface. Finally, the egg is seen, a relatively large orb by comparison to the miniscule sperm. At this point, the sperm count has been reduced to below one hundred. The motion of the crowd of sperm attempting to penetrate the eggappears to set the egg in a circular motion, likened to the rotating motion of a mysterious celestial body.

Once a single sperm has penetrated the egg, the egg seals all others out and draws the head of the sperm in. A picture from inside the fertilized egg itself shows the head of the sperm, and then the release of the genetic material as the head ruptures. Upon combination of the mother’s and father’s genetic material, a new cell is made. The divisions of this cell, now called a zygote, are shown in detail; as noted, this is the very first time such an observation had been possible. The successive cell divisions are shown as the early mass of cells, still enclosed in the egg’s outer coating, progresses toward the uterus. Five days after fertilization, the mass of cells has become a blastocyst, and has changed to include a fluid-filled cavity. Within another five days, implantation of the blastocyst in the uterine lining has occurred. The uterine lining will nourish the early embryo until the placenta takes over this role.

A series of clips showing the embryo at successive stages of development is accompanied by an explanation of the different parts observed, especially detailing basic observable structures that will become refined into mature body parts later in development. At seven weeks into development, the embryo is observed making slight hand motions; at ten weeks, with its features more clearly defined, it is called a fetus. Once it has become a fetus, it starts growing at an accelerated pace while still continuing the development of various body parts. Film shot inside the uterus shows an actively moving eighteen-week-old fetus, its facial features and appendages clearly defined. The sound of fetal respiration, a kind of cyclic sucking, is heard as the fetus takes in amniotic fluid through its mouth and then releases it.

Life states that the triggers for the commencement of birth are still a mystery, but when birth is triggered, the uterus begins to contract powerfully, pushing the mature fetus toward the birth canal. The process of birth itself is shown externally, as a woman gives birth to her child in a clinic. After pushing repeatedly, the baby’s head comes out of the vaginal opening. The baby is then pulled out of the vagina by a nurse and its airways are cleared so that it may begin breathing air. The film and the odyssey toward birth conclude with the mother and father holding their newborn child.

After its airing in 1983, The Miracle of Life won several prestigious awards: the Emmy Award and the Peabody Award that same year; and the American Film Festival Blue Ribbon and Emily Awards, The Ohio State Award, and the San Francisco International Film Festival Award the following year. It has also been featured widely in classrooms across the country and the world. This documentary thus educated a whole generation of students, making an impact on the face of society as this generation matured. A sequel, Life’s Greatest Miracle, was produced by NOVA in 2001, explaining some processes in greater detail and showcasing advancements in understanding and imaging technology.

The Coronavirus Is Your WAKEUP CALL - Time To Take Ownership of Your Diet, Health, and Business 👊🌍