Loss In All Of It's Different Forms 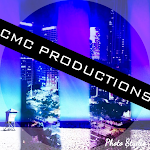 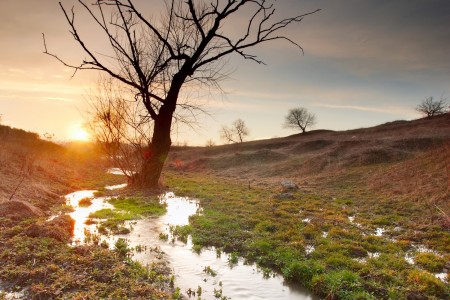 I was about nine when I experienced my first loss. My dog had to be put down because he was in a lot of pain. He was blind. He was deaf. He was old. I remember my parents taking me to my neighbor's house in a hurry so they could take him to the hospital. I said my goodbyes. I remember not being really connected to him because of his age. He never really played like all of the other dogs I knew. I saw my dad cry for the first time that day.

At 17 my grandfather died. He had been sick from Polio and the disease had taken many years to claim him. In that time he had a lot of surgeries on many parts of his body. He had traveled the world and always liked to tell me about it just about as much as I loved hearing about it. He loved to swim and it always amazed me how he could seeing as how his legs didn’t work that well in the first place.

At 11 or 12 I began a seven-year long journey of losing my grandmother to Alzheimer’s and Parkinson’s. I lost her a bit each day and as a kid, I didn’t understand why her hands shook so much and all I wanted to do was squeeze them so hard they would stop. She forgot me slowly and eventually began to forget everything else too. The whole family except for a few was there when she had taken her last breath after being in a coma for a week. She died one week after my 19th birthday. She smiled as she went.

Death is only but one kind of loss. You can lose your phone or you can get lost on your way to your friend's house. No one wants to ask how you lost your mind.

Trying to figure out how I changed through my years is something I still cannot grasp.

Was it because someone died? Sure it definitely played a part in shaping how I see the world. Watching my cousin stay up all night to give my grandmother medicine every hour on the hour gave me hope that someone will be loving enough to do that for me. Seeing people run from death showed me that even though you look away it will still happen. Will that falling tree in the forest make a noise if you have your hands over your ears?

Was it because I was tired of being ashamed? When that kid called me slow and fat when I was 6 effect how I look at my body now? How about all of the people looking at me as I walk by or seeing me walk into a dressing room only to have nothing in my hands as I exit because nothing is my size? Did loving who I love make the people around me uncomfortable? Did people question why I was in the men's section at Aeropostale? Did people think I was lazy? Did they think I'm a bitch? Why did people walk all over me?

Was it my dreams? Why was I just as tortured in my sleep as I felt sometimes while I was awake? Betrayal was a common theme but why did everything burn and bite? I was always taken or killed. What were my dreams trying to tell me and why should I listen?

Who was I really? What did I want? What was I trying to escape from?

Who I am and who I want to be are just two pieces of the same puzzle that I still don’t have all of the pieces to. I think piece by piece I am escaping from the prison that is the person everyone expects me to be. Day by day a new piece of myself surfaces and the likelihood of this puzzle breaking gets higher with each piece I put on. I guess I could glue it as I put the pieces together but I think the picture may change as the years go by. I think its funny that I still haven't found an edge of it yet. I guess I have a lot of growing to do.