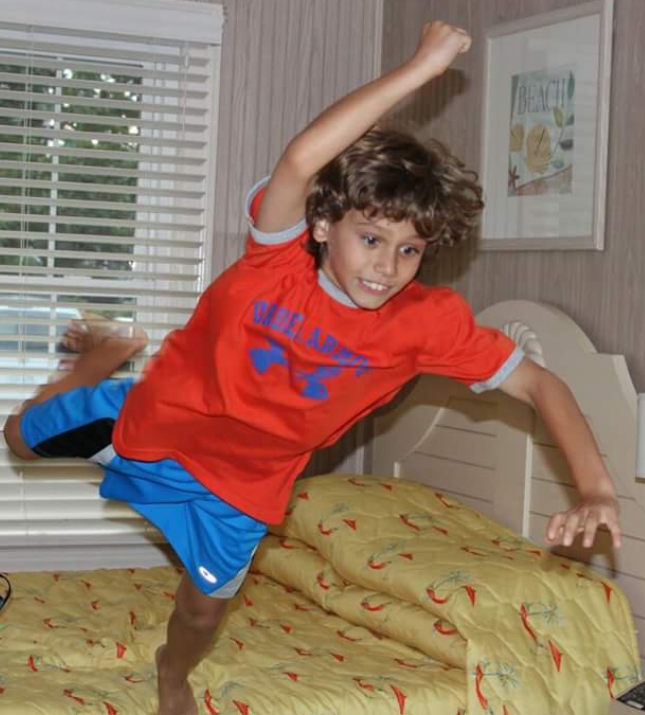 I knew our lives were about to change in ways we could only begin to imagine the moment the technician announced those three little words, "It's a boy." She was smirking (as if she could somehow sense the ridiculousness coming her way) while pointing to that little extra blip on the screen that was supposed to tell us all we needed to know about the baby human we were growing from scratch. I lay there stunned, thinking the technician must have somehow made a mistake or I must have heard wrong or that the pee I had to hold in for hours prior to the sonogram had obviously addled my brain. (Side note: This holding of pee immediately seemed like a really lousy idea to me. My rebellious thinking on that subject was fully supported when I arrived at the appointment and was told "I'm sorry, your bladder is way too full, you'll have to go release 'some' before the procedure..." Have you ever tried to urinate just some???)
So after the big gender reveal, when the gift of speech had somewhat returned and I was reasonably sure I wasn't being punked, I turned to my partner Cyndi and mumbled "what am I supposed to do with a penis?" Dead silence in the room followed by erupting laughter. For some bizarre reason it had never occurred to me that my baby could be anything other than the adorable little girl I had imagined and planned for all of my adult life. Of course, my clinging to that belief made no rational sense whatsoever, as the fertility doctor had made us fully aware that with this style of artificial insemination we had a much greater likelihood of having a boy baby. But in that one moment I was confused and surprised and the question of how this house full of X chromosomes could handle the addition of even the tiniest Y chromosome seemed so farfetched. As it turns out, answering that very question was to be my life journey, my story to tell, which I could not (and would not want to) imagine any other way. My life began anew in that room on that day. Thank goodness it was a boy!