What Does the Bible Say About Blood Moons? 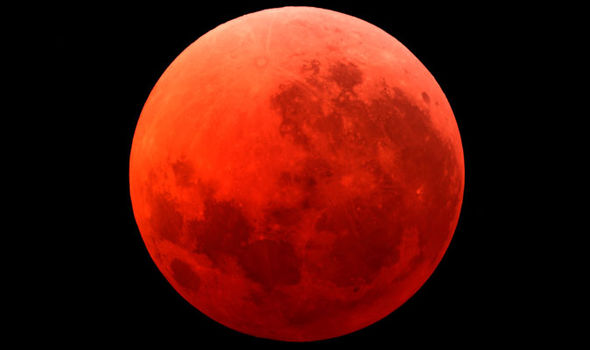 Blood Moons and Past Events

A full lunar eclipse can make the moon look orange or red in color.  That’s where the term “blood moon” comes from.

According to www.space.com, “Lunar eclipses occur when Earth’s shadow blocks the sun’s light, which otherwise reflects off the moon…The red moon is possible because while the moon is in total shadow, some light from the sun passes through Earth’s atmosphere and is bent toward the moon.

While other colors in the spectrum are blocked and scattered by Earth’s atmosphere, red light tends to make it through easier.”

This rare lunar event in light of Scripture is the topic of two recent books: Four Blood Moons: Something Is About to Change by John Hagee, and Blood Moons: Decoding the Imminent Heavenly Signs by Mark Biltz and Joseph Farah.

Mark Biltz went to NASA’s website and compared the dates of past blood moons to Jewish holy days and events in world history.  He found four blood moons in a row occurred near the time of the 1492 Alhambra Decree expelling 200,000 Jews from Spain during the Spanish Inquisition, near the founding of the state of Israel in 1948, and near the Six-Day War near Israel in 1967.

I will show wonders in the heavens and on the earth, blood and fire and billows of smoke. The sun will be turned to darkness and the moon to blood before the coming of the great and dreadful day of the LORD. (Joel 2:30-31, NIV)

The sun will be turned to darkness and the moon to blood before the coming of the great and glorious day of the Lord. (Acts 2:20, NIV)

I watched as he opened the sixth seal. There was a great earthquake. The sun turned black like sackcloth made of goat hair, the whole moon turned blood red, (Revelation 6:12, NIV)

While many Christians and Bible scholars believe Earth has already entered the end times, the Bible says one blood moon will not be the only astronomical sign.  There also will be a darkening of the stars:

When I snuff you out, I will cover the heavens and darken their stars; I will cover the sun with a cloud, and the moon will not give its light. All the shining lights in the heavens I will darken over you; I will bring darkness over your land, declares the Sovereign LORD. (Ezekiel 32:7-8, NIV)

The stars of heaven and their constellations will not show their light. The rising sun will be darkened and the moon will not give its light. (Isaiah 13:10, NIV)

Before them the earth shakes, the sky trembles, the sun and moon are darkened, and the stars no longer shine. (Joel 2:10, NIV)

The sun and moon will be darkened, and the stars no longer shine. (Joel 3:15, NIV)

Lunar eclipses cannot cause stars to darken.  Two possibilities exist:  an atmospheric cloud or covering that would block sight of the stars, or a supernatural intervention that would stop the stars from shining.

Despite the popularity of the blood moons books, several problems exist.

First, the four blood moons theory was thought up by Mark Biltz.  It is not stated anywhere in the Bible.

Second, contrary to what Biltz and Hagee imply, past blood moon tetrads did not neatly coincide with the events they mention.  For example, the Alhambra Decree came down in 1492 but the blood moons happened a year after that. The tetrad near the state of Israel’s 1948 independence occurred in 1949-1950, one and two years after the event.

Third, other tetrads happened throughout history, but there were no major events affecting Jews at those times, reflecting inconsistency, at the least.

Fourth, two of the most significant catastrophes for Jews had no tetrad activity at all:  the destruction of the Jerusalem temple in 70 A.D. by Roman legions, leading to the deaths of 1 million Jews; and the 20th century Holocaust, which resulted in the deaths of more than 6 million Jews.

Fifth, some of the events Biltz and Hagee cite were favorable to Jews (Israel’s independence in 1948 and the Six-Day War), while the expulsion from Spain was unfavorable.  With no sign whether an event would be good or bad, the prophetic value of tetrads would be confusing.

Finally, many people assume the four 2014-2015 blood moons will precede Jesus Christ‘s second coming, but Jesus himself warned against trying to predict when he will return:

Is It Time To Replace Your Glass Shower Doors? Look Out For These Early Warning Signs

Information about ASTM A276 AISI 321 Stainless Steel Round Bars