Are Dinosaurs in the Bible? 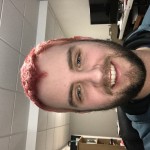 What Does the Bible Say About Dinosaurs?
We know for a fact that dinosaurs existed. Bones and teeth from these mysterious creatures were first accurately identified in the early 1800s. Before long a variety of different dinosaurs were distinguished, and since then their remains have been found all around the world.

In 1842, an English scientist, Dr. Richard Owens, dubbed the huge reptilian beings “terrible lizards,” or “dinosauria,” as they came to be called.

From the time they were unearthed, dinosaurs have fascinated humans. Life-size skeletal reconstructions from fossils and bones are popular attractions in many museums. Hollywood films about dinosaurs have brought in millions of dollars. But did dinosaurs catch the eye of Bible writers? Can we find these “terrible lizards” in the Bible?

And, if God created dinosaurs, what happened to them? Did dinosaurs become extinct millions of years ago?

The question of when dinosaurs existed is complicated. There are two basic schools of thought in Christianity regarding the date of creation and the age of the Earth: Young Earth Creationism and Old Earth Creationism.

In general, Young Earth Creationists believe that God created the world as detailed in Genesis approximately 6,000 – 10,000 years ago. In contrast, Old Earth Creationists encompass a variety of views (one being the gap theory), but each places the earth’s creation much further into the past, more in line with scientific theory.

Some even contend that God included two of each on Noah’s Ark, but just like other groups of animals, they became extinct some time after the flood. Old Earth Creationists tend to agree that dinosaurs lived and then died off long before humans populated the land.

So, rather than debate creation theories, for the purpose of this discussion, we’ll stick to an easier question: Where do we find dinosaurs in the Bible?

Giant Reptilian Dragons of the Bible
You won’t find Tyrannosaurus Rex or the term “dinosaur” anywhere in the Bible. Yet, Scripture does use the Hebrew word tanniyn to describe a mysterious creature resembling a giant reptile.

This being appears 28 times in the Old Testament, with English translations referring to it most often as a dragon, but also as a sea-monster, serpent and whale.

The term applies to a water monster (both marine and river), as well as a land monster. Many scholars believe Scripture writers used tanniyn to describe images of dinosaurs in the Bible.

Ezekiel 29:3
…speak, and say, Thus says the Lord GOD: “Behold, I am against you, Pharaoh king of Egypt, the great dragon that lies in the midst of his streams, that says, ‘My Nile is my own; I made it for myself.’ “ (ESV)

The Monstrous Behemoth
Besides giant reptiles, the Bible also includes several references to a monstrous and mighty beast, specifically called Behemoth in the book of Job:

Job 40:15–24
“Behold, Behemoth, which I made as I made you; he eats grass like an ox. Behold, his strength in his loins, and his power in the muscles of his belly. He makes his tail stiff like a cedar; the sinews of his thighs are knit together. His bones are tubes of bronze, his limbs like bars of iron.

“He is the first of the works of God; let him who made him bring near his sword! For the mountains yield food for him where all the wild beasts play. Under the lotus plants he lies, in the shelter of the reeds and in the marsh. For his shade the lotus trees cover him; the willows of the brook surround him. Behold, if the river is turbulent he is not frightened; he is confident though Jordan rushes against his mouth. Can one take him by his eyes, or pierce his nose with a snare?” (ESV)

From this description of the Behemoth, it seems possible that the book of Job was describing a giant, vegetation-eating sauropod.

The Ancient Leviathan
Likewise, a great mythological sea dragon, the ancient Leviathan, appears various times in Scripture and in other ancient literature:

Psalm 74:14
You crushed the heads of Leviathan; you gave him as food for the creatures of the wilderness. (ESV)

“His sneezings flash forth light … Out of his mouth go flaming torches; sparks of fire leap forth. Out of his nostrils comes forth smoke … His breath kindles coals, and a flame comes forth from his mouth.” (ESV)

These obscure creatures defy zoological classification and have led some interpreters to think the Scripture writers may have been rendering pictures of dinosaurs.

So, while Christians have trouble agreeing on the timeline and extinction period of dinosaurs, most believe they existed. It doesn’t require too much digging to see that the Bible conciliates that belief with reasonable support for their existence.

Are Veneers Permanent? Everything About Dental Veneers

Tips to Choose Flowers for Funeral