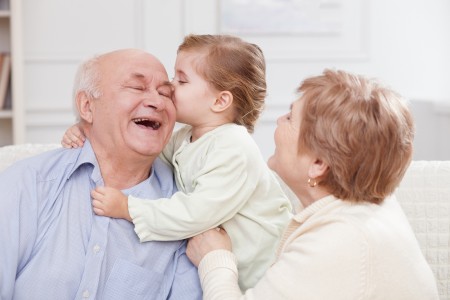 It had been there, in the darkest corner of the creek bog, for as long as Clay could remember. A large sinkhole of black water cocooned by a canopy of big leafy trees. In the summer, it was a refreshing refuge from the sun, for the penetrating rays could not find it. In the fall, the leaves fell in the water causing a tannin effect, turning the water mysteriously black. All sorts of stories were conjoined up about what was in that "black bottomless pit" and for certain, it peeked Clay's curiosity. Everyone talked about the mystery of the hole. How someone had drowned there and the body was never found. But to Clay it was a retreat, where he would go with his grandfather fishing. And yes, it was a great fishing hole, for no one else wanted to be "caught dead" at that place.
Clay was especially close to his grandfather, a kind, soft spoken man. Since his grandmother died he had come to live with them. He was a man to be admired not only for his wealth of wisdom, but his ability to overcome losing his arm while working at a cotton gin. That horrific accident didn't deter him, nor did anyone ever hear him complain.
Occasionally, Clay would stick his finger down his throat, become nauseous and pretend to be sick...so he wouldn't have to go to school. After some recovery time, his grandfather would say, "You feel good enough to go fishing with me?"
Clay's expression would quickly change from a forgone frown to a happy smile and and off the couch he would pounce. You have to wonder if they were in cahoots, but probably not. The old man was not subject to telling fibs. They walked from his home to their favorite fishing hole. There they would fish from the bank, listening to the magic of the creek swamp; the crickets and frogs, a falling branch, birds chirping and maybe a crow's awkward call. There were also tall tales and common sense advice from the wisdom of a grandfather who loved this little boy. Maybe the things Clay learned, down by the sinkhole, were valuable life lessons that could only be told by his grandfather..