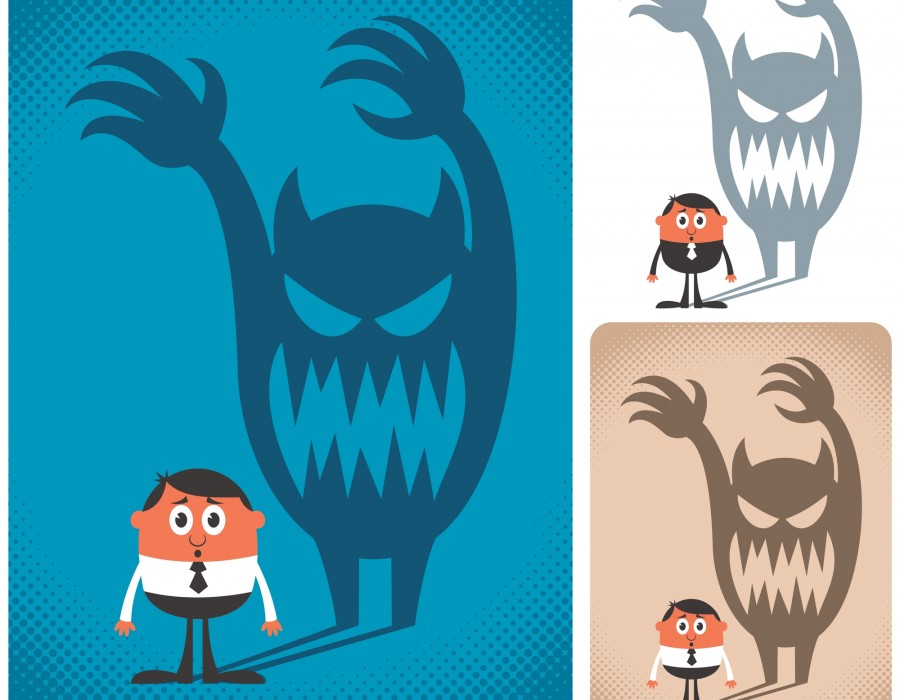 What Are The Most Common Phobias, And What Are The Psychological Causes Of Them?
By Jonathan O`Callaghan
31 OCT 2017, 20:31

Are you afraid of spiders, heights, or clowns? Well, you’re not alone. But just what is the most common phobia?

Our fears of seemingly trivial things can seem irrational at times, but these are fears shared by millions of people. Even something as harmless as a mouse can strike fear in a grown adult.

For many phobias, we've got a decent idea of what causes them. For others, the jury is still out – and some are yet to be recognized as official phobias.

Using data from a survey by YouGov, which had a relatively large sample of 2,088 adults, we're going to run through the top 10 in their list, from most to least common, and explain a bit about each.

In first place, the most common phobia is the fear of heights. Twenty-three percent of respondents said they were very afraid of heights, while 35 percent said they were a little afraid. People tended to get more fearful as they got older, too.

This is known as acrophobia, which comes from the Greek ákron meaning peak or edge. This phobia appears to stem from an inability to perceive vertical dimensions.

Research suggests that people with this phobia overestimate vertical distances, and those with the biggest miscalculation have the strongest fear of heights. It’s not clear which one drives the other, however.

In second place, with 21 percent of people very afraid and 31 percent a little afraid, it’s the humble snake.

Yes, for some there is no greater terror than seeing one of these slippery reptiles making their way along the ground. Known as ophidiophobia, it’s a bit irrational as most snakes are completely harmless.

Recent research suggests that infants have an innate fear of snakes when they are born, meaning it is a result of nature and not nurture. Despite their mostly harmless nature, the fear may be a survival instinct that’s hard-wired into humans.

The fear of standing up in front of a crowd and talking, known as glossophobia, is the third most common phobia. Twenty percent of respondents were very afraid of public speaking, with 36 percent a little afraid.

For some people, speech anxiety can be anything from just a slight nervy feeling to being completely frozen in fear. The exact psychology behind it isn’t certain, but what’s clear is that it affects a lot of people.

Making its way slightly further down the list than you might expect, it’s the fear of spiders, more commonly known as arachnophobia. Eighteen percent of people said they were very afraid of spiders, with 24 percent being a little afraid.

Like the fear of snakes, it also appears the fear of spiders may be innate from an early age. Again, the psychology behind this one isn’t clear, but there are a number of possibilities.

Arachnophobia may stem from the erratic movement of spiders, or an evolutionary response from our interactions with them. Others suggest it is a result of conditioning, although recent research suggesting this fear is genetic seems to quash that idea.


5. Being enclosed in a small space

In at number five it’s claustrophobia, or the fear of being in a small space. Fourteen percent of people said they were very afraid of this, and 29 percent said they were a little afraid.

Research suggests that people who project their personal space far from their bodies are more likely to experience claustrophobia. It may be linked to a distortion in special perception.

Interestingly, it may have an opposite effect to the fear of heights, where people overestimate vertical distances. In claustrophobia, people may underestimate horizontal distances.

Musophobia comes in at number six, with 9 percent of people being very afraid of mice, and 17 percent being a little afraid.

There is decidedly little research into this phobia. However, some theories for its cause include a conditioned response, heightened when people are startled by the appearance of a mouse.

It may be linked to the subconscious too, with some people aware they can carry disease. And it probably doesn’t help that mice, rats, and other rodents frequently show up to startle a character in TV and movies.


7. Needles and getting shots

Sometimes called trypanophobia or simply needle phobia, it includes a fear of syringes, needles, and injections. It wasn’t recognised as a phobia until 1994, but since then a few theories have been put forward as to its cause.

Some think it may be genetic, linked to a fear of stab wounds in our distant ancestors. The setting itself for an injection, normally a hospital or doctors surgery, may add to the anxiety.


8. Flying on an airplane

In at number eight, it’s a fear of flying. Seven percent of people were very afraid of this one, with 17 percent being a little afraid.

Known as aviophobia or aerophobia, the biggest cause of this phobia is the release of stress hormones when the plane is cruising.

A bit of turbulence increases our stress levels, reducing our cognitive ability, increasing our stress levels more, and so on. It’s a vicious circle that can cause some people to fear the plane is on the brink of falling out of the sky, while for others the flight feels completely normal.

At number nine it’s a fear of crowds. Although there are a number of different phobias relating to this, the most common is likely agoraphobia. Four percent of people said they were very afraid of crowds, and 17 percent were a little afraid.

Agoraphobia refers to a fear of being in a situation where escape might be difficult, such as being in an open space, or being on public transport. It can cause anxiety, and may lead people to avoid leaving their house.

The cause seems to be a panic disorder, where people experience panic attacks and moments of intense fear. Traumatic events, like bereavement, might contribute to the phobia, and there may be a genetic side to it too.

Last but by no means least, number 10 is the fear of clowns. This has not been recognised as a formal phobia, although some refer to it as coulrophobia. Four percent of people said there were very afraid of clowns, with 8 percent a little afraid.

The cause of this fear may be due to pattern recognition, with people recognizing clowns as familiar, but being perturbed when the image doesn’t quite match what they think they should be seeing.

Others suggest it may be that people can’t see the true facial expression on a clown, making them unnerving. Their constant smiles are also a cause for unease.

Any of the fears in this list can be scary in their own right, though. So whether you’ve got all, some, or none of them, just remember there are plenty of people out there who feel the same way.

Get The Art of Efficient Driving – Join Driving School Now

Fun Things to Do at a Live Enjoyment Restaurant

Can We play With Real Money Casino Game?