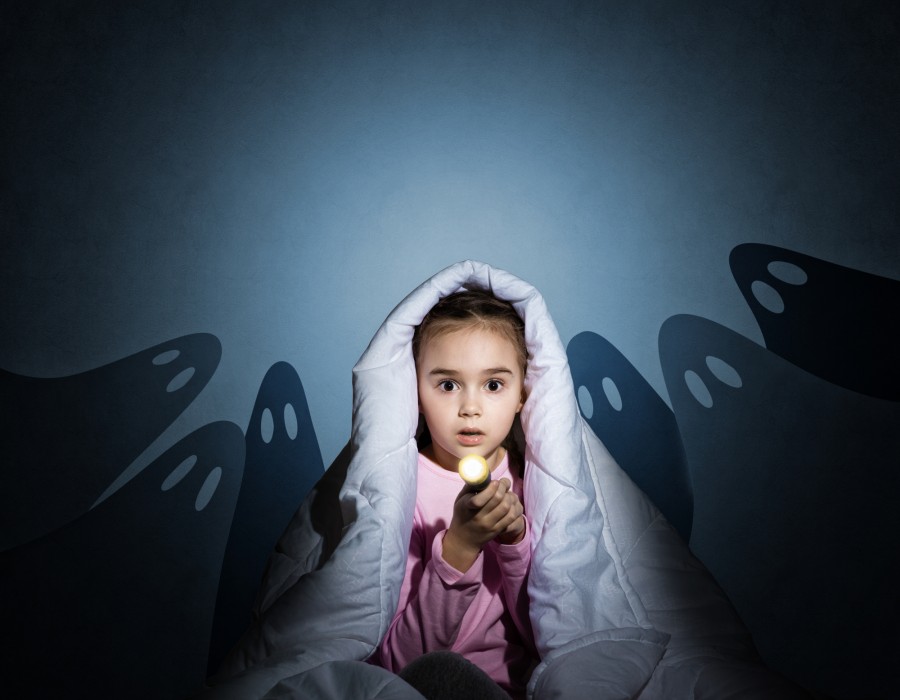 
Fear is an emotion that protects us from the threats in our surroundings, and which has evolved to become more complex; with our fears extending from the weird to the plain absurd, there are certain fears that the great majority of human beings share. I was searching around and found a lot of lists with common phobias and their explanations, but none where these types of fears were discussed. This is a list of 10 of the human fears that every member of a society deals with throughout their life.

Losing your freedom
While the exact definition of freedom and its value in a society are debatable subjects, the fear of losing your freedom has always been present in human minds because, even though it is not something that we think about every single moment, it has given us times of deep thought and wonder at what would happen if we were to lose the power to control our own lives. This fear starts with mundane things, such as that time you were grounded in your room by yourself without the possibility of leaving until you finished your homework, or our fear of the commitment that marriage establishes. But this raises a question, is absolute freedom the best thing for us? We have all seen people make bad decisions over and over again, and wondered whether having someone else make their decisions for them would make things better.

The Unknown
The fear of the unknown is easily explained like this: the mind tells us that in order to move forward, we must know what is waiting for us there, because “if I know, then I can control the situation, and if I don’t know, then I am not in control”. This second part is what scares us the most, because control is what establishes a measurement that we can use to manipulate the result of our actions. And when we don’t like what is different, this is simply because we can neither understand it, nor have a plan to control it beforehand.This fear has been with us for thousands of years, and it is a great part of what has helped us survive as a species. Many of us, when we were kids, were afraid of the dark, mainly because we didn’t know what might be hiding in there, and similarly when we didn’t know what might be at the end of the hallway we felt the need to pull ourselves away from it. However, this fear of the unknown often stops our progress and makes it harder for us to discover and understand new things, encouraging rejection and closed mindedness. [Image From Bruce Rolff/Shutterstock]


Pain
Since the intensity of physical pain is a purely subjective feeling, which is sensed differently by each individual, it is quite hard to make generalizations of what causes people pain. But physical pain can be described as an unpleasant sensation, generally caused by damage to a certain part of the body.Aside from a few exceptions, most of us are intolerant or afraid of physical pain, this can be noted in the fact that there are a great amount of medications related to pain relief, with different levels of strength and related to different types of pain. The rejection of pain is caused because we associate physical pain with illness and bad health, in general. This fear can be linked with the fear of losing your freedom, such as in the case of people that suffer from chronic pain and usually see their physical freedom limited because they want to avoid doing the actions that cause, or increase, the pain sensation. Let’s face it, pain is not a good sensation (although, as stated before, some people believe otherwise), and like animals do, we tend to keep away from that which causes us pain, as it is one of the key elements in survival instinct, as well as the way our brain tells us that there is something wrong with a certain part of our body or that the action we are doing is causing a negative effect on it. In this case pain in itself is not a bad thing, but a way to let us know that we must stop doing what we are doing to avoid further damage to our body.

Disappointment
This fear is somewhat hard to explain, since there are two different fears that are related to disappointment – one of disappointing others and one of suffering disappointment yourself.We all, as kids, lived that awful experience in which we did something wrong or misbehaved, and were expecting a punishment or at least some screaming from our parents. But, instead we got the unpleasant sight of our parents just staring at us with sadness in their eyes, and saying “I am disappointed in you”. That single sentence hurt a lot more than any other punishment would have.The fear of disappointment is part of the reason we avoid the unknown, disappointment is that feeling of dissatisfaction when our expectations do not match what actually happened. It is obvious that we make our best effort to avoid that, and, like pain, disappointment is a negative feeling that sometimes is followed by regret, in which a person wonders if their choices contributed to the outcome. “If I had done things differently, would it have made a difference?”

Misery
Poverty is defined as a situation that comes from the lack of the resources needed to completely fulfill the human needs. But misery is what we see as a more extreme case of poverty. It is the inability to cover our own basic personal needs. No one likes seeing or feeling human misery, because we know that the worst of human actions come out of the desperation caused by misery. It is what we consider as the lowest point in what comes to human needs, and that is why we fear it so much. No one wants to feel that absence of things, and this has caused the media to feed us more of this fear in advertising, telling us that we need more things than we actually do. And, even though we all know how bad a habit this actually is, at the end of the day we can all acknowledge how hard not having basic goods to back you up is. As it was expressed in the 2006 movie “The Last King of Scotland”, when Dr. Nicholas Garrigan tells Ugandan dictator Idi Amin that “money is no substitute for anything” he replies saying “[you say it because] you have never been poor”. [Image From Veselovfoto/Shutterstock]

Loneliness
The fear of being alone is that dreadful feeling of emptiness caused by the absence of interaction with another human being. This fear has also evolved from one of our early survival instincts: we fear loneliness because it is more likely that we would survive if we live in group.The fear of loneliness is related to doing something and no one noticing. We often feel that in order for our actions to be meaningful, someone has to notice them. This relates to the philosophy quote “If a tree falls in a forest and no one is around to hear it, does it make a sound?”. If you make a groundbreaking discovery but no one else ever finds about it, does it still count?

Ridicule
The fear of ridicule is related to the fear of getting bad criticism, and is also caused by our social fear of not projecting a good enough image of ourselves to others. This fear is most often experienced in what is called “stage fright”. We all have felt it at least once in our lives, having to speak or perform in front of an audience. We fear that we might mess up and cause the audience to respond negatively, either by mocking us with laughter or, in the worst cases, booing. Even though some people practice hard enough to not feel stage fright, or have a well built self-confidence that helps deal with the effects of being laughed at or criticized, the fear of ridicule never really leaves us because we don’t like the feeling of being in the spotlight for a negative reason, and being at the mercy of the opinions of others.

Rejection
This social fear is one of the main reasons people act the way they do. We tend to (sometimes blindly) follow the actions of others, because it helps us avoid dealing with rejection from the society. We fear rejection because, like the fear of being alone, most of us can only justify our existence through the acknowledgement and acceptance of others. There are people who argue that acceptance from society is a mere illusion, and that there is no such thing as “normal” behavior from an individual within a society – if this is the case, then why do we fear not behaving “correctly” and in accordance with the cultural norms? This really puts into perspective our whole ethical infrastructure as a society; is something really good or bad just because society says so?

Death
This fear is not no. 1, because, even though it is the main reason our instincts tell us to act the way we do, it is a well known truth that we all in the end will kick the bucket. But that doesn’t mean we have death as our worst everyday worry, because we avoid the thought of it as a near future occurrence in our lives.The fear of death is tightly tied to the fear of the unknown; we don’t know for sure what will happen to us when we leave this world. In fact, we are so interested in death that we have even developed whole cultures and religious beliefs that have tried to give an explanation to death since the beginning of time. Almost all ancient civilizations have a godly form or a method of worshiping death in some way, and we’ve all learned to respect it and eventually accept it.

Failure
This fear deserves the top spot because it rules over all our actions and decisions. We all do, and don’t do, things in order to avoid failure. Failure can be a lot of things; realizing you don’t live your life the way you wanted to, not succeeding in your plans, finding yourself helpless, or in the worst cases even hitting rock-bottom.Failure is a very ambiguous and subjective term because failure is not on the same level and perspective to everyone, what counts as failure to one might not be even halfway there to another. To some, failure is actually a way to learn lessons and try again, so it is not really an end, but a tool for future reference. The main fear of failing comes with the disappointment that follows, that feeling that despite your effort, nothing seemed to go as you wished it did, and it causes a feeling such that you might not even want to try again. That is why this is the worst fear of all, the fear or failure is very often used as an excuse to procrastinate, or not do anything to make situations better – “why bother?” and “I’m just not good enough”

What Are the Ways to Cure Your Hangover?

A Mobile Stage Is An Essential Part Of Any Event

How much does it exactly cost to create a crypto exchange??