Close Menu
Faith, Something to Believe in Column https://goo.gl/zjoqm5

Spirituality and science: a personal view 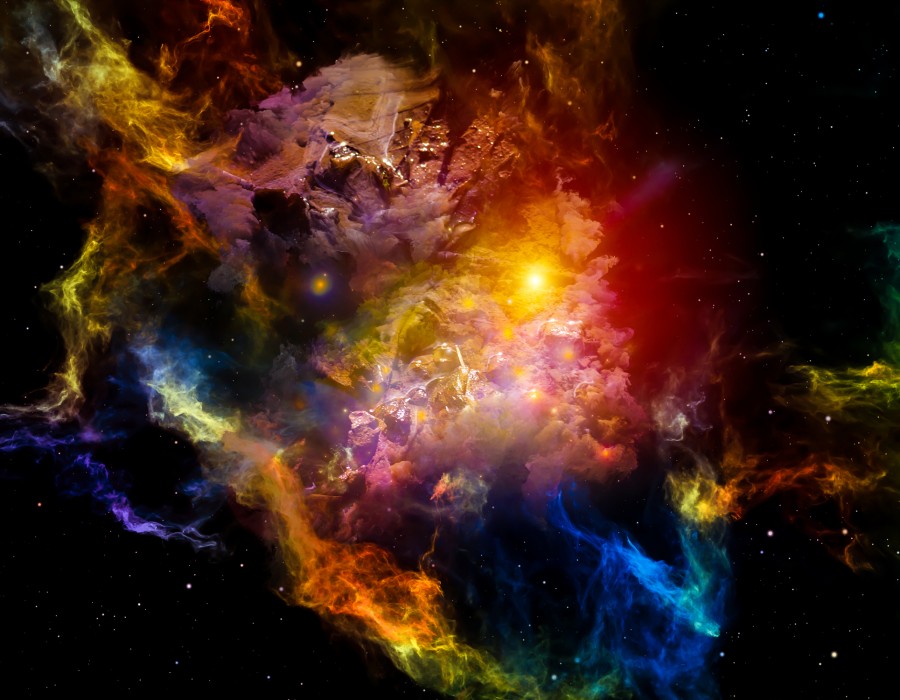 British psychiatry has largely focused on the biology of mental disorder, supported over recent years by advances in the neurosciences. There has been a somewhat awkward fit with psychology, since psychology is based on the concept of mind, and how the mind and brain are related is far from clear. The view taken by many is to regard mind as epiphenomenal, on the basis that the brain itself is somehow generating consciousness.

In this model of the psyche, there is no need to postulate a soul. We are nothing but the product of our genes, as Richard Dawkins (1976) would have us believe.

Such an assertion comes at the tail end of an epoch that began 300 years ago with the intellectual giants, René Descartes and Isaac Newton. Descartes set down a lasting blueprint for science, that he would hold nothing to be true unless he could prove to his satisfaction that it was true. Newton laid the foundation of a mechanical universe, in which time is absolute and space is structured according to the laws of motion, a cosmos of stars and planets all held in place by the forces of momentum and gravitation.

Both Descartes and Newton were deeply religious men. Descartes’ famous saying, “Cogito ergo sum”, led him simply to argue that God had created two classes of substance, a mental world and a physical world, while Newton spent more time engrossed in his alchemical researches than working out the laws of motion. Yet their discoveries led to an enduring split between religion and science with which we live to this day. The Church could no longer claim to understand how the universe worked, for its mediaeval cosmology had been swept aside. As the mental and physical worlds drifted further apart, God became a shadowy figure behind the scenes, whose only function was winding up the mainspring of the universe. In the past 100 years, the science of psychology has redefined the mental world along essentially humanist lines, a mind-set that can be traced back to Sigmund Freud (1927), who saw religion as a massive defence against neurosis. Even Carl Jung was careful to stay within the bounds of psychology when defining the soul as “the living thing in Man, that which lives of itself and causes life” (1959: p. 26).

Our patients have no such reservations. We know from a survey carried out by the Mental Health Foundation (Faulkner, 1997) that over 50% of service users hold religious or spiritual beliefs that they see as important in helping them cope with mental illness, yet do not feel free, as they would wish, to discuss these beliefs with the psychiatrist.

Need there be such a divide between psychiatrists and their patients? If we care to look at some of the advances in physics over the past 75 years, we find good cause to think again.

In the light of quantum mechanics, Newton’s view of a physical world that is substantial, fixed and independent of mind is no longer tenable. For example, the famous wave–particle experiment shows that when a beam of light is shone through a narrow slit so that it falls on a particle detector, subatomic packets of light called quanta strike the detector screen like miniature bullets. Change the apparatus to two slits side by side and the light coming through the slits generates a wave interference pattern, just as ripples criss-cross when two stones are dropped side by side into a pond. Particles become waves and waves become particles. Both of these dimensional realities have equal validity and cannot be divorced from the consciousness of the participant–observer. This is but a window onto a greater vista, for current superstring theory postulates many more dimensions than our local space–time can accommodate.

No longer is the electron thought of as a particle that spins around the atom like a miniature solar system. Instead, it is conceptualised as ‘virtual’, being smeared throughout all space in a quantum wave that only collapses as a particle into our physical space–time when the consciousness of the observer is engaged in the act of measurement. Nor can its velocity and position ever both be known at the same time, for when the quantum wave collapses, there is only a statistical probability that the electron will turn up where it is expected. It may just materialise hundreds, thousands or even millions of miles away. When it does so, it arrives at that place instantaneously, transcending the limits of both space and time. Here is what three eminent physicists have to say.

“The fundamental process of nature lies outside space–time but generates events that can be located in space–time.” (Stapp, 1977: p. 202)

“Ultimately, the entire universe (with all its particles, including those constituting human beings, their laboratories, observing instruments, etc.) has to be understood as a single undivided whole, in which analysis into separately and independently existent parts has no fundamental status.” (Bohm, 1983: p. 174)

“The universe exists as formless potentia in myriad possible branches in the transcendent domain and becomes manifest only when observed by conscious beings.” (Goswami, 1993: p. 141)

When consciousness collapses the wave function into the space–time of our perceptual world, mind and matter arise simultaneously, like two sides of one coin. The brain, of course, is crucial in this; mind, the capacity for individual self-awareness, is constellated with each physical self. Consciousness is then perpetuated through repeated further collapse of the wave function. (The process can be compared with the individual frames of a film flowing together to create movement.) In this way, we are continually generating what we think of as ‘reality’, characterised by memories, our personal histories and an enduring sense of identity. (Fortunately for us, our shared world of sense perception has structural stability, not because it is independent of consciousness but because the probability wave from which it arises has been collectively generated by all conscious beings throughout time.)

Quantum effects show up most readily at the subatomic level, but empirical research into large-scale systems has also demonstrated that mind can influence matter. For example, random number generators have been shown, over thousands of trials, to yield scores correlating with the mental intention of the experimenter (Schmidt, 1987). More striking still are those unaccountable events we call miracles. Since the wave function contains, in potentia, all that ever was, is and shall be, there is no limit in principle to what is possible. Why should not a mind of such exceptional power as that of Jesus collapse the wave uniquely and thereby turn water into wine?

Evidence for the non-locality of consciousness was first demonstrated over 25 years ago, when it was shown that experimental subjects who are emotionally attuned can synchronise their brain waves at a distance from each other (Targ & Puthoff, 1974). Remote viewing and precognition have since been firmly established on an empirical basis (Radin, 1997). The efficacy of prayer has been researched (Byrd, 1988), as have more than 150 controlled studies on healing (Benor, 1992). Such findings merit the epithet ‘paranormal’ only if we view them through Newtonian glasses.

Who can therefore say what does not exist in the quantum domain, from the supreme consciousness we call God, to those sensed presences (often of the newly departed) that psychiatrists refer to as pseudo-hallucinations, down to unruly spirits that, according to the traditions of many societies, blight the lives of those they persecute?

When we enquire into the beliefs our patients hold, such matters deserve to be discussed with a genuinely open mind. We do not have the answers and indeed our patients may sometimes be closer to the truth than we know. Nor are we required to affirm a particular religious or spiritual viewpoint but simply to treat the often strange experiences told us by our patients as authentic. This can sometimes be uncomfortable, for we are trained to judge with confidence the difference between fantasy and reality and to diagnose accordingly. Yet it comes a whole lot easier once we concede the limitations of space–time, which we can do by taking an unprejudiced intellectual position or experientially through spiritual practice.

People in sound mental health, who sense that beyond the doors of perception lies a greater world, can use such awareness to enrich their lives, be it through prayer, mediumship or mystical reverie. But where there is mental turmoil, whatever its cause, that same sensitivity brings profound distress (Powell, 1988, 2000). Then the psychiatrist who takes into account biological, psychological and spiritual aspects alike is well placed to help. The stigma that so often burdens our patients is not only the result of social opprobrium. It is fuelled by the experience of estrangement from humankind, one that we as psychiatrists can surely help to overcome.