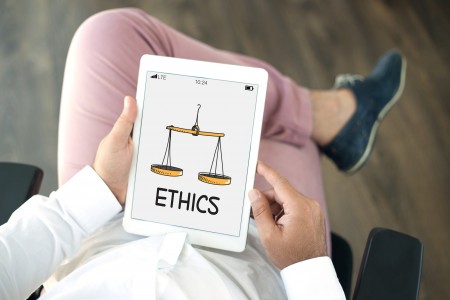 After being taunted and assaulted by the police, the army soldier was taken to a hospital where he succumbed to his injuries. This article talks about how police officers thrash Indian Army soldier and his brother in fabricated case.

The Indian Army soldier and brother thrashed by police in fabricated case is a story that highlights the injustice that can be faced by members of the Indian Army. The story revolves around Santosh Kumar, who was brutally beaten up by police officers in Uttar Pradesh, India. Santosh Kumar is an army jawan who was on leave to visit his family. He was returning home from his leave when he was stopped by police officers and accused of being involved in a robbery. The police officers beat him up even though he denied any involvement in the robbery. They also threatened to kill him if he did not confess to the crime.

Santosh Kumar's brother, who is also an army jawan, came to his rescue but he too was beaten up by the police officers. The two brothers were then taken to a police station where they were further tortured. Santosh Kumar's brother succumbed to his injuries while Santosh Kumar is still fighting for his life in hospital. This story highlights the gross injustice that can be faced by members of the Indian Army. It also raises serious questions about the law and order situation in Uttar Pradesh, India.

On the night of January 6, 2021, Indian Army soldier Chandan Kumar was brutally beaten by police in Uttar Pradesh's Muzaffarnagar district. Kumar, who is posted in Jammu and Kashmir, was on leave and had gone to his village in Muzaffarnagar to meet his family. He was stopped by police at a checkpoint and asked for his identity proof. When Kumar showed them his army ID card, the policemen started beating him up mercilessly. They also took away his phone and wallet.

Kumar was taken to the police station where he was kept for the entire night. The next day, he was produced before a magistrate who sent him to 14 days' judicial custody. His family has alleged that Kumar is being framed in a false case and has demanded that he be released immediately.

The Indian Army has also intervened in the matter and has sought a report from the Uttar Pradesh Police. The army has said that it is "deeply concerned" about the treatment meted out to one of its soldiers and has asked for strict action against those responsible.

How the media handled the case

The media was heavily critical of the police handling of the case, with many outlets calling for an independent investigation. The family of the soldier, who was not named in the initial report, spoke to the media and accused the police of fabricating evidence. The soldier's father said that his son had been "thrashed" by the police and that he had been told to "confess" to a crime he did not commit.

The story quickly went viral on social media, with many users expressing outrage at the police brutality. The case led to a debate on whether or not members of the armed forces should be given preferential treatment when it comes to law enforcement. Some argue that soldiers are often treated unfairly by the police, while others say that they should be held to the same standard as civilians.

The army announced an inquiry into the incident, but no further details have been released. The family has reportedly hired a lawyer and is planning to file a formal complaint against the police officers involved.

Why the media handled the story that way?

The media handled the story of an Indian Army soldier being thrashed by police in a fabricated case by highlighting the plight of the soldier and his family. They also brought to light the fact that this was not an isolated incident and that such cases are routinely hushed up by the authorities.

The media further questioned why the army does not take action against such erring policemen and why they continue to serve in the force despite their misconduct. It was also asked why soldiers have to put up with such treatment when they are already risking their lives for the country.

The Indian Army soldier who was thrashed by police in a fabricated case has finally been vindicated. The court has ruled in his favor and ordered the police to pay him damages for their false accusations. This is a victory not just for the soldier, but also for justice. It shows that even when the odds are stacked against you, if you fight for what is right, ultimately truth will prevail.

“Where The Streets Have No Name” Lyrics - U2

“Back On Top” Lyrics - Van Morrison