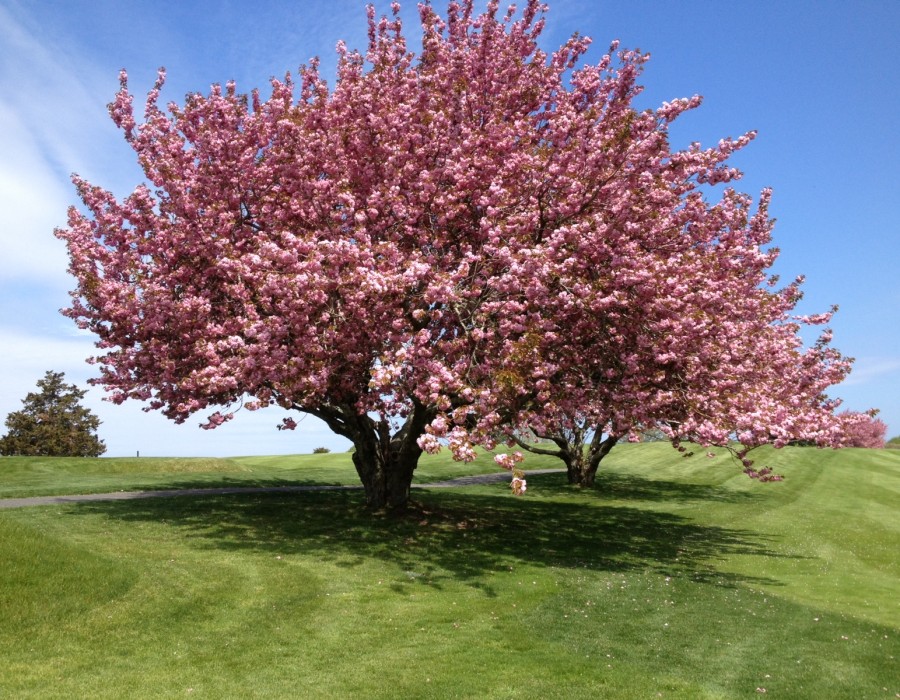 When George was about six years old, he was made the wealthy master of a hatchet of which, like most little boys, he was extremely fond. He went about chopping everything that came his way.

One day, as he wandered about the garden amusing himself by hacking his mother's pea sticks, he found a beautiful, young English cherry tree, of which his father was most proud. He tried the edge of his hatchet on the trunk of the tree and barked it so that it died.

Some time after this, his father discovered what had happened to his favorite tree. He came into the house in great anger, and demanded to know who the mischievous person was who had cut away the bark. Nobody could tell him anything about it.

Just then George, with his little hatchet, came into the room.

"George," said his father, "do you know who has killed my beautiful little cherry tree yonder in the garden? I would not have taken five guineas for it!"

This was a hard question to answer, and for a moment George was staggered by it, but quickly recovering himself he cried:

The anger died out of his father's face, and taking the boy tenderly in his arms, he said:

"My son, that you should not be afraid to tell the truth is more to me than a thousand trees! Yes - though they were blossomed with silver and had leaves of the purest gold!"