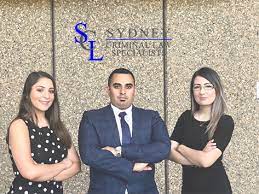 Cybercrimes involving the use of cryptocurrencies are on the rise in Australia. On May 14, in their latest efforts against cybercrime, NSW Police arrested a 52-year-old woman in a Burwood shopping centre for allegedly operating an unlawful digital currency provider.

As reported by NSWPolice, officers seized $60,000 in cash and 3.8 Bitcoin (worth over $55,000) as well as confiscating the woman’s mobile phone. A further $18,200 worth of Bitcoin and a number of cryptocurrency wallets and electronic devices were later seized from a Hurstville apartment. The woman was charged with 3 counts of knowingly dealing with proceeds of crime under Section 193(B) of the Crimes Act 1900 (NSW) and breaching requirements in operating a digital currency exchange service under Section 76A of the Anti-Money Laundering and Counter Terrorism Act 2006. It is alleged by police that the woman is a member of a criminal syndicate who uses Bitcoin to launder money and has transacted over $5 million worth of Bitcoin since 2017.

Charges the First of their Kind in Australia

Detective Superintendent Matt Craft said that these charges laid against a non-compliant cryptocurrency exchange were the first of their kind to be laid in Australia, saying that, “While cash is still ‘king’, digital currencies are fast becoming the preferred choice for organised criminal networks involved in money laundering, funding terrorism, and cybercrimes”. NSW Police say that more arrests are expected in the months ahead, illustrating the growth of cybercrime and cryptocurrency-related offences in Australia.

This arrest signals the growing seriousness with which law enforcement agencies are cracking down on the threats posed by criminal groups using Bitcoin and other cryptocurrencies in their illegal activities.

Why use Bitcoin in Cybercrimes?

Bitcoin is a type of cryptocurrency. Unlike traditional currencies (such as the Australian dollar), cryptocurrencies are not controlled by any government, bank, or other organisation. There are over 2000 cryptocurrencies in existence,such as Ethereum, Monero and Ripple. However, Bitcoin remains the most popular and most widely known.

Cryptocurrencies are attractive to people involved in illegal activity, due to their decentralised nature. Many cryptocurrency exchanges around the world do not require real names, so large amounts of money can be traded in the form of cryptocurrency and escape law enforcement detection. Because of this, cryptocurrency is a popular currency choice on the dark web, where it can be used to trade in unlawful items such as illegal firearms, prohibited drugs, and child pornography. Indeed, it has been reported that, despite the regulatory efforts of governments, Bitcoin transactions on the dark web have increased by 340% since 2017.

Cryptocurrencies are also used to engage in other illegal activity such as fraud, tax avoidance, and money laundering through unregulated exchanges. The use of cryptocurrency in organised crime is therefore a considerable concern for governments and law enforcement agencies around the world. Indeed, itwas estimated that in 2019 over $2.8 billion was laundered using unregulated cryptocurrency exchanges.

2. Register their cryptocurrency exchange with AUSTRAC;

4. Report suspicious behaviourand all transactions worth A$10,000 and over; and

5. Maintain records of transactions for a minimum of 7 years.

Cryptocurrency Cybercrime on the Rise

Despite Australia’s regulatory efforts, cryptocurrencies such as Bitcoin arequickly becoming the preferred currency for those involved in cybercrime. Many ordinary people are affected by cybercrime every day, through methods such as email fraud, online identity theft, and shopping scams.

It is therefore very important that people stay vigilant online, or risk being taken advantage of by sophisticated online criminals. This message ismore important than ever, with cybercriminals reported to be taking advantage of the impact of COVID-19, stepping up their efforts to prey upon vulnerable people through phishing, malware and other dishonest tactics.

Although these Sydney charges made under cryptocurrency exchange laws are believed to be the first of their kind in Australia, police claim that there will be many more on the way. This arrest therefore serves as a pertinent reminder to the public to be wary of cybercrime and online fraud. It also serves as a reminder to those operating cryptocurrency exchanges, to ensure they are complying with their legal obligations, or else risk serious penalties.

You should be careful about what emails or messages you respond to online. If an offer appears too good to be true, you should be suspicious of it, or else risk being ripped off, or worse, becoming unwittingly involved in a criminal enterprise. If you do suspect that you may be involved in something illegal, it is never too late to seek legal advice. Remember, it is always better to seek help sooner, rather than later.

Our team at Sydney Criminal Law Specialists are experts in all aspects of Criminal Law, including issues related to cybercrime. Get in touch at 0434 856 436 or click here to organise a free consultation with us today.

The information provided on this website is for general informational purposes only, and does not constitute legal advice.

By using furnace vent cleaning services, you can safeguard your home from danger.

Five Blockchain Use Cases That Will Change the Telecom Industry

What Are The Important Factors To Consider Before Buying Office Workstations?