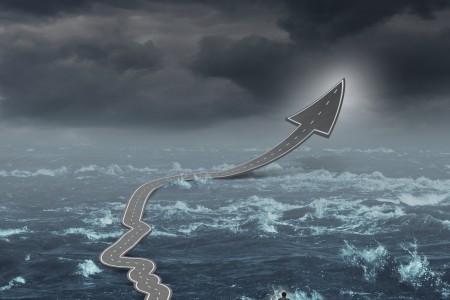 Everyday the girl woke up to either the sound of birds chirping or the laughter of children. It sickened her in the worst of ways. And of course as always to her dismay the sun would be high in the sky with not one cloud to contend with it. The girl had a personal dislike of the sun you see; she sometimes believed it was out to get her. Trying everyday to force her pale ivory like skin to tan by basically roasting her alive.
And as for the sky itself ? The sky was blue. She hated blue. She hated blue with a vengeance she hated it without fail because in her world it was the same every single day. A hateful sea of blue, blue, blue, blue and more blue. Yes the sky did changed to a sunsets fiery oranges and bloody reds, sometimes the beautiful twilight of purple and indigo. But never never did it exhibit the dull wisdom of grey or a sleek blanket of clever silver.
There was one part of the day The Girl absolutely adored.
It's end.
Because when it was over she could sleep and when she slept she dreamed. What she dreamt of was always dark, chaotic, and loud. It threatened to destroy her but she didn't care, all she wanted was its mere presence, all The Girl wanted.... was a storm.
A tempest of wild unchecked abandon...law unto itself. O how she wished every night before bed that the uninhibited cacophony of her dreams would seep into the quiet stilled reality of her life.
The girl never wanted to see the O' so radiant sun or the ever present blue of the sky, no. She wanted the sky's to darken, she wanted to know that lightning was on its way by smelling the faint sent of ozone in the air. She wanted the wind to billow and bluster to force the stillness around her stilled existence to finally disappear.
She wanted to play 'pick a boo' with lightning, she wanted to have screaming matches with thunder as it rattled her bones with every booming shout it gave in reply to hers. She wanted to drink the rain, to laugh madly as she danced in it.
She wanted to be Alice and find her own wonderland
The Girl asked very little out of life, so she saw this... the way of things in her world her reality as a crude joke. A great unfairness to not have at least one day out of the 365 to for once be around the kind of music that only nature herself could create.
All throughout her life the girl pondered and eventually uncovered many hidden truths about the world she loathed. All but for one.
One question that didn't really need an answer.
Again she thought to herself....
"Is it so wrong or strange to ask of life to turn its flawed order into perfect chaos."

What time is the Queen's funeral? Who will wear military uniform? And other questions

Why Do Bed Bug Control Measures Need to Be Taken?

How Might TMJ Affecting You, And How to Find Relief?

From the beginning, slot games have been the driving force of racinos