The difference between the input device and the output device 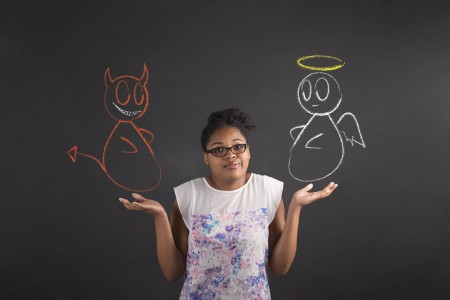 In general, Input And Output Devices are considered communication tools, through which a particular system for processing information (such as a computer) provides other information to users. The data or signals that the computer receives from a source are input. In contrast, the response data and information processed as a reaction to these inputs and further transmitted to a particular destination are known as an output. On a computer with commonly used input devices are, for example, a keyboard and mouse, and examples of output devices are the printer, monitor, speakers, and so on.

An input device is a piece of hardware used to give data and control signals to a data processing system such as an information device or computer. Modern computers' standard input devices include keyboards, mice, and touch screens to enter commands and data directly. Other input devices include scanners, digital cameras, joysticks, and microphones.

An output device is any hardware part that uses data received from a computer to perform a task. The data obtained from the output device can be graphic, text, tactile, video or audio. The three most regularly employed output devices are printers, speakers and monitors. A printer generates a hard copy or graphic on a physical medium such as paper.

Similarities between Input and Output Devices

Both Computer Input And Output Devices can be integrated into a computing device, such as a laptop or smartphone screen, or separate, such as an external mouse or speakers connected to a desktop computer in an office.

Difference between input and output device

Input devices are devices that are utilised to access data into a computer. There is continually a part of the device that links to the outside world and is intended to receive specific "signals". These can be, for instance, physical, audio or optical signals, and the gathering part can be a microprocessor, sensor, etc. The input device translates these signals into electrical pulses, which are then transmitted to the computer and interpreted as digital data. Output devices are used to read some data from a computer.

The most utilised input devices are the mouse, keyboard, webcam, scanner and microphone. Output devices typically include the speaker, monitor, and printer.

Summary of the input and output device

The principal activity of all input assemblies is to transfer information and data (alphanumeric, audio or video format) to the data processor in the central system unit. The most common devices are a mouse, keyboard, webcam and scanner.

The output devices convert the data from the computer into an externally acceptable form. These are the units used to convert the binary encoded information from the central unit into a form suitable for human use. Examples of output mechanisms are printers, monitors, and speakers.

Why do we get cracked wisdom teeth?