Why Do Christians Worship on Sunday? 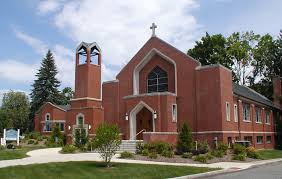 A reader, Jan, sent me this email:


“I do have a query about Sundays. It seems to me that Peter still attended the Synagogue on the Sabbath in Acts 15:21. So, why and when did we decide that Sunday is set aside for Christ, rather than the Sabbath, or the seventh day of the week?”


Many Christians and non-Christians alike have asked this question. After all, in Bible times the Jewish custom was, and still is today, to observe the Sabbath day on Saturday.


We’ll take a look at why a Saturday Sabbath is no longer observed by most Christian churches and attempt to answer the question, “Why do Christians worship on Sunday?”

There are many references in the book of Acts about the early Christian church meeting together on the Sabbath (Saturday) to pray and study the Scriptures. Here are some examples:

Paul and his companions … On the Sabbath they went to the synagogue for the services. (NLT)

On the Sabbath we went a little way outside the city to a riverbank, where we thought people would be meeting for prayer … (NLT)

As was Paul’s custom, he went to the synagogue service, and for three Sabbaths in a row he used the Scriptures to reason with the people. (NLT)

Now about the collection for God’s people: Do what I told the Galatian churches to do. On the first day of every week, each one of you should set aside a sum of money in keeping with his income, saving it up, so that when I come no collections will have to be made. (NIV)


And when Paul met with believers in Troas to worship and celebrate communion, they gathered on the first day of the week:

On the first day of the week we came together to break bread. Paul spoke to the people and, because he intended to leave the next day, kept on talking until midnight. (NIV)


While some believe the transition from Saturday to Sunday worship began right after the resurrection, others see the change as a gradual progression over the course of history.


Today, many Christian traditions believe Sunday is the Christian Sabbath day. They base this concept on verses like Mark 2:27-28 and Luke 6:5 where Jesus says he is “Lord even of the Sabbath,” implying that he has the power to change the Sabbath to a different day. Christian groups that adhere to a Sunday Sabbath feel that the Lord’s command was not specifically for the seventh day, but rather, one day out of the seven week days. By changing the Sabbath to Sunday (what many refer to as “the Lord’s Day”), or the day the Lord resurrected, they feel it symbolically represents the acceptance of Christ as Messiah, and his broadening blessing and redemption from the Jews to the entire world.


Other traditions, such as Seventh-day Adventists, still observe a Saturday Sabbath. Since honoring the Sabbath was part of the original Ten Commandments given by God, they believe it is a permanent, binding command that should not be changed.


Interestingly, Acts 2:46 tells us that from the start, the church in Jerusalem met every day in the temple courts and gathered to break bread together in private homes.


So, perhaps a better question might be, are Christians under obligation to observe a designated Sabbath day? I believe we get a clear answer to this question in the New Testament. Let’s look at what the Bible says.

These verses in Romans 14 suggest that there is personal freedom regarding the observance of holy days:

In the same way, some think one day is more holy than another day, while others think every day is alike. You should each be fully convinced that whichever day you choose is acceptable. Those who worship the Lord on a special day do it to honor him. Those who eat any kind of food do so to honor the Lord, since they give thanks to God before eating. And those who refuse to eat certain foods also want to please the Lord and give thanks to God. (NLT)


In Colossians 2 Christians are instructed not to judge or allow anyone to be their judge regarding Sabbath days:

Therefore do not let anyone judge you by what you eat or drink, or with regard to a religious festival, a New Moon celebration or a Sabbath day. These are a shadow of the things that were to come; the reality, however, is found in Christ. (NIV)


And in Galatians 4, Paul is concerned because Christians are turning back like slaves to legalistic observances of “special” days:

So now that you know God (or should I say, now that God knows you), why do you want to go back again and become slaves once more to the weak and useless spiritual principles of this world? You are trying to earn favor with God by observing certain days or months or seasons or years. (NLT)


Drawing from these verses, I view this question of the Sabbath similar to the tithe. As followers of Christ, we are no longer under legalistic obligation, for the requirements of the law were fulfilled in Jesus Christ. Everything we have, and every day we live, belongs to the Lord. At the very minimum, and as much as we are able, we happily give God the first tenth of our income, or a tithe, because we know that everything we have belongs to him. And not out of any forced obligation, but joyfully, willingly, we set aside one day each week to honor God, because every day truly belongs to him!


Finally, as Romans 14 instructs, we should be “fully convinced” that whichever day we choose is the right day for us to set aside as a day of worship. And as Colossians 2 warns, we should not judge or allow anyone to judge us regarding our choice.

Ammunition and Gun Shop - 1 month ago

Vidalista 60mg solve erectile dysfunction in male with this method

Benefits of Hiring a Skip-Hire Service in Your Neighbourhood