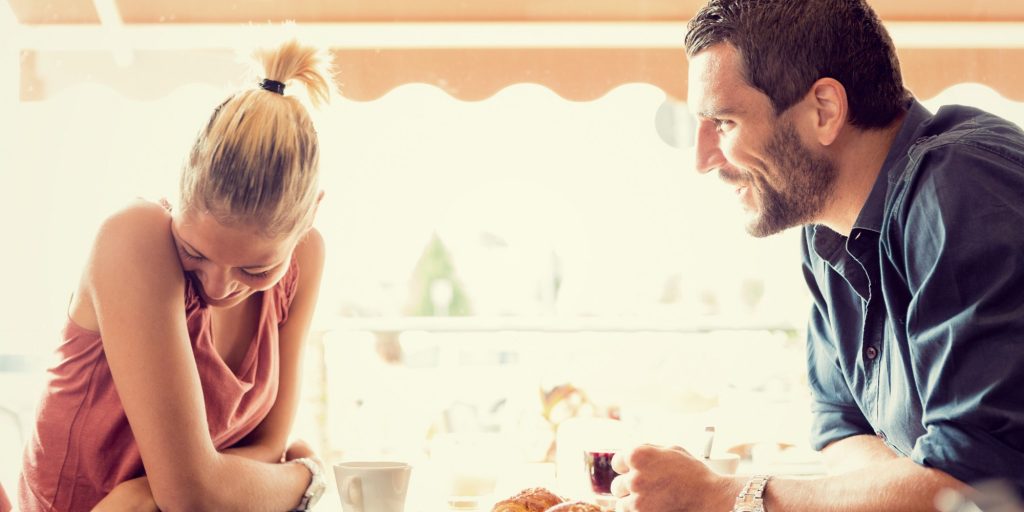 When a man whose marriage was in trouble sought his advice, the Master said, “You must learn to listen to your wife.”
The man took this advice to heart and returned after a month to say he had learned to listen to every word his wife was saying.
Said the Master with a smile, “Now go home and listen to every word she isn’t saying.”
A girl asked a boy if she was pretty, he said “No”. She asked him if he wanted to be with her forever, he said “No”. Then she asked him if he would cry if she walked away, he said “No”. She had heard enough; she needed to leave.
As she walked away he grabbed her arm and told her to stay. He said “You’re not pretty, you’re beautiful. I don`t want to be with you forever, I need to be with you forever. And I wouldn’t cry if you walked away, I would die.”
Today, my dad came home with roses for my mom and I. “What are these for I asked?” He said that several of his coworkers were complaining about their wives and children today. He realized how lucky he was that after 20 years of marriage, and raising a daughter for the last 17 years, he still had nothing to complain about.
Today, when I asked my grandfather for some relationship advice, he said, “Honestly, the moment I stopped trying to find the right woman, and started trying to become the right man, your grandmother walked up to me and said, ‘Hello.’”
Today, on our 50th wedding anniversary, my husband took out an old envelope and handed me back the love note I wrote him in the 7th grade.
Today, my wife and I sat down and watched the same movie at the same time. Despite being 9,000+ miles apart overseas on active duty, I felt like she was sitting right by me and I suddenly didn’t feel so alone.
Today, it’s been five years since I adopted a puppy from a high kill shelter that had no time left. Since then I have developed a moderate case of a neurological disease that causes seizures. Believe it or not, the dog is able to detect my seizures before I know. She starts barking hysterically, and keys me into my episode before it starts. So today she is my service dog. The life I saved is saving me every day.

All about Modular Office Furniture