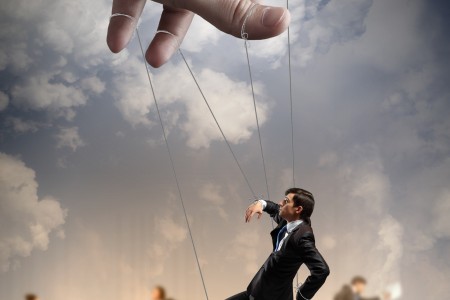 Dear America,
Today, I woke up. Watched TV. Slept.
Dear America,
Today, I woke up. Saw another school shooting and drove.
Dear America, have we become numb to atrocities or are we just mere marionettes who have become accustomed to being strung? We live each day submerged in the american dream, but we have deluded ourselves. The dream has begun to take over and reality, fact,and fiction are merging into one unspoken monster. We can parade ourselves to wave the flag and shout, “WE ARE HEROES”, but inside we are not heroic. Why must violence become the norm in this country and why are children being the sacrificial lambs of our day! Today, I’m here to shout that SCHOOL SHOOTINGS ARE NOT NORMAL. Media, do not try to spin this around into a troubled youth saga, and perpetuate stigmas of mental illness. We can no longer be spun around in circles to the point of whiplash. Everyday, every single day I smell the smoke of another school shooting, but who holds the gun? What is the root of this problem and how can we begin to tackle this massive weed that has become ingrained in our culture.
First, we need to start a discussion. I do not care about your political loyalties nor do I care about the race to get anyone into a position of power. I need a civil discussion, not two monkeys flinging shit at each other to recreate the Charles Sumner debacle. Americans, we have forgotten the basic form of communication. We must have discussions, not arguments. An argument is two OPPOSING sides trying the persuade each other on who’s right and who's wrong. This is not working. Lay down your verbal weapons and let’s discuss with a mutual goal. The ending of needless violence in America. Let’s throw ideas and legislature to create an american future that realigns with the true american dream. Arguing will keep us further divided and deepen the split that is already apparent in this country.
Secondly, this is not a mental health problem, but an american problem! I repeat, this is not a mental health problem, but an american problem. Stop trying to stuff this nonsense of mental illness down our throats. Whenever a tragedy happens, mental illness is thrown as a cause of it. Followed by a dash of a “troubled” life with sprinkles of hypocrisy. I do not care about the reasons the perpetrator committed several acts of murder, but more about the victims. Victims whose light were snuffed out by a selfish act and a hail of bullets. Do you really think someone with SEVERE depression has the energy to commit violence? Do you really think mental illness can be the band-aid to this festering cut. NO, we desperately need more research on gun violence in America and a better understanding of guns. We can no longer be sitting ducks. We need better information to at least learn how to combat this virus instead of letting it spread.
Last, but certainly not least, we need to learn the power of a gun. Guns are not toys. They can take lives. Guns can be properly used in the right setting. Does it truly make sense to own a military grade rifle? Really, what use can they have? Guns shouldn’t be collected like trophies and shouldn’t be easily obtained at your local Walmart. Gun aren’t playthings! There should be no reason why a child shoots themselves because they found mommy’s gun and no reason why a teen can easily take a gun from their parents house.
Honestly, I am sick. I am sick to know the I am becoming numb to school shootings. I am sick to know that I am becoming numb to american violence. I can’t go to church, the movies, school or the club without knowing the shadow of violence lurks. When will it end? Aren’t we tired of the banal cycle of shock, thoughts and prayers, then back to life. I don’t want to raise my children in a country where violence is normal. This behavior is not normal. This numbed feeling should not be accepted any longer. We as Americans should be outraged that the LIVES OF CHILDREN ARE AT RISK. Not just children but YOUR LIFE as well can be cut short by a man made object. Dear America, it has all boiled down to the final question:
What is more valuable, a life or violence?
Sincerely,
Kayla

Know Your Worth. Then Live Like You Know it.