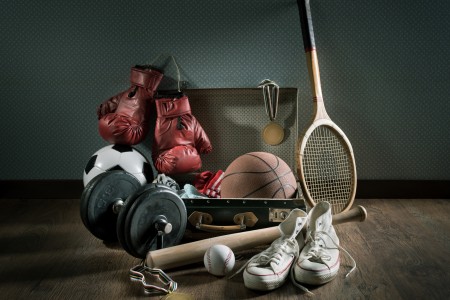 If you have ever run a marathon, you know that the effort can cause elation, exhaustion, achy legs, blackened toenails and an overwhelming urge to eat.
But it is unlikely to have made you vulnerable to colds or other illnesses afterward, according to a myth-busting new review of the latest science about immunity and endurance exercise.
The review concludes that, contrary to widespread belief, a long, tiring workout or race can amplify immune responses, not suppress them.
For decades, most researchers, coaches, athletes and athletes’ mothers have been convinced that a single long, hard distance race or other strenuous activity can leave the body so fatigued that it becomes unable to fight off cold viruses and other microbes that cause infections.
Science supported this idea. Beginning in the 1980s, a number of studies of marathon and ultramarathon runners had found that many of them reported developing colds in the days and weeks immediately after their race. Their incidence of illness was much higher than among their nonrunning family members or the general population.
With those findings as a backdrop, other scientists began to look at the working of the immune systems of athletes during and after draining events. Their research showed that changes occurred, some of them drastic. During an event such as a marathon, for instance, immune cells would begin to flood the bloodstreams of the athletes, apparently flushed there from other parts of the body as heart rates rose and blood sluiced more forcefully through various tissues.
By the time the race ended, the runners’ bloodstreams would teem with extra immune cells.
But within a few hours, the numbers of many such immune cells in the bloodstream would crash, researchers found, typically falling to levels far lower than before the event.
The scientists interpreted these findings to mean that the runners’ physical exertions had killed large numbers of their immune cells and created what some researchers dubbed an “open window” of immune suppression that could allow opportunistic germs to creep in, unopposed.
That idea became established doctrine in exercise science and sports.
But recently, health researchers at the University of Bath in England grew skeptical. From an evolutionary standpoint, they reasoned, immune suppression after strenuous exercise made little sense. Early humans often had to chase prey or flee predators, opening themselves to injury. If they experienced a weakened immune response at the same time, they were in serious jeopardy.
The researchers also suspected that scientific techniques developed since the 1980s might offer updated insights into what was going on inside the bodies of tired athletes.
So for the new review, which was published this month in Frontiers in Immunology, they gathered and analyzed a wide variety of recent studies and used those findings to reconsider what exercise does to immunity in the short term.
Their first conclusion was that athletes are lousy at identifying whether and why they are sniffling. The original 1980s studies had relied on runners’ self-reports of illness. But newer experiments that actually tested saliva showed that less than a third of marathon runners who thought they had caught a cold actually had. Statistically, their odds of becoming sick were about the same as for anyone else in the race’s host city.
The athletes probably had misinterpreted allergies or short-term scratchiness in their airways after the race as a cold, says John Campbell, a professor at the University of Bath who was a co-author of the new review.
Meanwhile, the researchers found, technically sophisticated new studies using animals undercut other aspects of the dogma about exercise and immunity.
In these studies, mouse immune cells were dyed, allowing scientists to track their location. When the mice subsequently ran, many of the cells moved out of various tissues and into the bloodstream, as happens in people.
But after exercise, these cells did not die off in massive numbers. Instead, the tracking revealed, they moved elsewhere, migrating to the animals’ guts or lungs, portions of the body that might be expected to need extra immune help after hard exercise. A few immune cells also flowed into the bone marrow, where they were thought to spark specialized stem cells into creating additional immune cells.
In essence, the rodents’ immune systems had bolstered their defenses in vulnerable areas of the body after exercise by redirecting cells from the blood.
Whether the same migrations take place inside of us is still unknown.
“Live tracking of immune cells after exercise has not been done in people,” says James Turner, the review’s co-author and also a professor at the University of Bath.
But he and Dr. Campbell suspect that this scenario would explain how immune-cell levels in marathoners’ blood rise back to normal within about 24 hours after a race.
“The body can’t replace cells that quickly,” Dr. Turner says. So they must be returning to the blood from elsewhere.
He and Dr. Campbell hope that future experiments will follow human athletes’ peripatetic immune cells after exercise and track how they influence health.
But for now, the researchers would like their review to help to recalibrate our ideas about strenuous exercise and illness.
“People should not be put off exercising for fear of it suppressing their immune system,” Dr. Campbell says. “Exercise is good for the immune system.”

Are Humans Born Good Or Bad?

The Costs of Inequality: Joseph Stiglitz at TEDxColumbiaSIPA