If someone hurts you, let it go. Don’t hold it against them. Turn the other cheek & just don’t think about it. Forgive, and forget. It’s an idea we all hear about, learn about, some of us sing about - but we don’t talk about the most difficult person to forgive. Showing grace to those who have wronged you can be a painful and difficult process, but it’s nothing like showing grace to yourself.

when you’ve made a mistake, especially one that’s hurt other people, shame and resentment are hard to shake. part of the reason it’s so difficult is because we usually bury them beneath layers of self deprecating thought patterns and insecurity. We seek to rectify the wrong through hurting ourselves back, a process which does no one any good.

Imperfection is inevitable, and in order to live life to the fullest to the benefit of not only yourself, but those you do life with, you must be able to be free. To learn and grow from your mistakes. Don’t disable yourself and cut yourself & others off from who you are and who you can be.

Forgiving yourself is one of the hardest parts of substance abuse recovery.

Stress and anger are directly related to increased risk of many different diseases.

Photo of the day - It's Time to Forgive Yourself 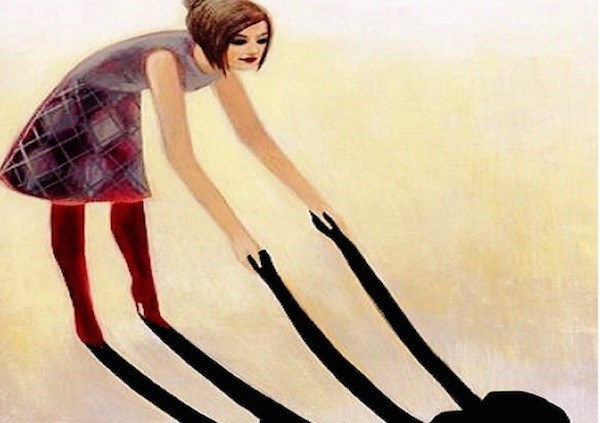 Video of the day - How Self Forgiveness Leads to Light, Love and a Joyful Life! | Eileen Timmins | TEDxOakParkWomen

Love yourself-accept yourself-forgive yourself-and be good to yourself, because without you the rest of us are without a source of many wonderful things.

Article of the day - Freedom in Forgiving Yourself

I’d forgiven him - in fact, I felt almost indifferent towards him as an individual, which is why I couldn’t understand how this was so hard. He didn’t do anything “that bad”, we didn’t go “that far”, and I honestly wished him nothing but the best. but somehow, seeing him felt like a sucker punch to the gut.

It took me another three weeks after that conversation to figure it out. Because, despite my lack of resentment towards him, I had yet to address the anger and resentment I had towards myself. In fact, I had yet to accept responsibility for my mistakes at all. when it finally hit me, shame filled my body, mind, and soul. I realized that I’d been avoiding the real source of pain in it all. I was angry with myself. for not seeing red flags, not listening to the warnings of loved ones; for knowing in my gut that I was making a mistake, that I was not supposed to be there, and doing it anyways. For thinking, “it’s better than nothing” when it wasn’t. For praising myself on not going further than I had, despite knowing that I would’ve in a heartbeat had I been pushed or even asked.

forgiving myself is the hardest thing I’ve ever had to do.

i’ve made mistakes before - countless times. but honestly, most of the time I thought I was doing the right thing, regardless of whether or not I was correct. this time was different. it was the first time, perhaps since childhood, that I had been so blatantly aware that I was making a mistake - in particular one that involved another person‘s emotions - and boldly went ahead.

facing this reality resulted in a complete and total breakdown. I literally kneeled on the floor and screamed. And cried. I finally let myself feel all the things that I’d been pushing away so I could say I was fine. I felt the anger, felt the embarrassment, the disappointment.

And then I let it go. And vowed to do better, to learn. To not let it be in vain.

it was not a one and done process. Shame is a vicious being, and it has continued to snap at my heels in desperate attempts to latch on. I have had days where I’ve given it far too much space. I have made too much room for my past, focussing on things that I cannot change. The thing about forgiving yourself is that you usually try and wait to do it until you feel like you’ve made up for it. Like you’ve redeemed yourself somehow. But that’s not what forgiveness is.

Forgiveness is not justice. Forgiveness is not making up for something - it’s not when pain ceases to be present, or forgetting something ever happened. Forgiveness is laying down & surrendering your right to hurt someone back - or in this case, yourself. because whether or not you are aware of it, continuing to live in stress, anger, and anxiety over your past decisions is your own attempt to “hurt you back”. and it won’t get you anywhere.

As overused and redundant as it sounds, everyone makes mistakes. this is entirely unavoidable. But instead of defining your life by missteps and falls, choose to define it by how you get back up.

Who you have been, who you are, and who you will be do not have to be the same person. You are free to live in redemption - but you must pull yourself out of a self-constructed prison.

it is a practice that will serve you throughout your life, as you will likely have to repeat it. Grace is an essential habit to implement, both towards others and towards yourself.

You are human. and it’s okay. Life is messy. and complicated. And taking responsibility for your mistakes is important - but letting them defeat you doesn’t help anyone.

Letting go and allowing yourself to learn, grow, and BE is the best decision you will ever make.

Question of the day - Do you have a harder time forgiving others or yourself?

Do you have a harder time forgiving others or yourself?