How to Make Yourself Seen

It's cheesy and overused - but there's a reason that the idea of being alone in a crowded room is brought up over and over again in the world of art, music, and film. It's because it's pretty universal. The feeling of being unseen is something most of us have experienced at one point or another.

And building relationships, whether at work, romantically, or in any casual setting, can be really, really hard when you feel like people don't even see you.

But can I tell you something?

The world is not purposely, willfully ignoring you. And if you want to be seen, you can be.

Go out and meet people. In fact, set aside specific times and activities where you're going to intentionally leave the house with the purpose of connecting with others. Everywhere you go - be friendly, kind and outgoing.

Open up. Sometimes being seen takes a little bit of vulnerability and honesty - and that's scary, but it's also always worth the risk. Be yourself, be real, and don't be afraid of what's ahead.

As you work to make yourself seen, know also that if someone doesn't want to see you - if they ignore your attempts to open up and connect - they are not for you. You shouldn't have to beg for the time of day, and while they may mean no harm, don't bend over backwards trying to fit into someone else's boxes.

You are seen, known, valued, and immeasurably loved.

Your brain reacts the same way when your friends are in danger that it does when you are.

Being around good friends is a huge stress reliever.

Photo of the day - Don't Make Yourself Small 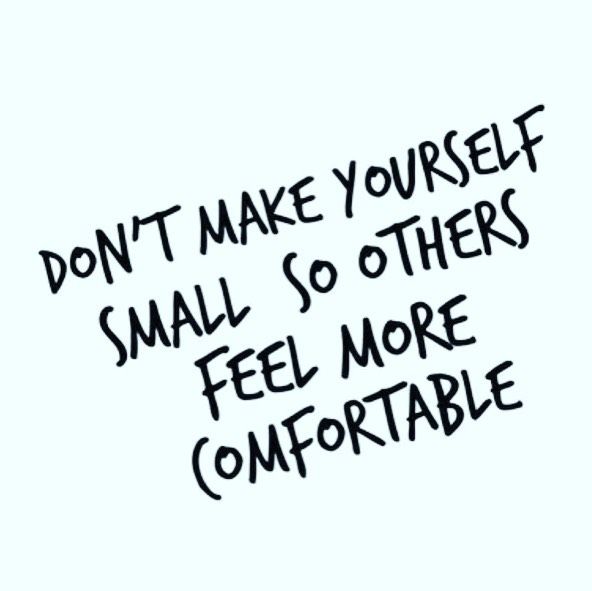 Video of the day - How To Know Yourself

Love, friendship, networking - these are all critical connections and the foundation of a healthy, happy life.

Article of the day - Want Change? Make Yourself Seen

Why Onlyness is the Key to Overturning Power Structures

Think back, and remember the first time you were valued for yourself.

Someone saw your shining capacity and reflected it back to you to say, this is who you are. Or, this is what you can do. How did that feel? Now, imagine if everyone felt that way. To be able to contribute that which ONLY they distinctly could.

The problem is… Right now, most of us are not seen for individual selves. Instead, we’re seen first by some group, or title, or rank. It could be because you’re young or old, top of the heap or not, credentialed or not. And that categorization — not what you individually have to offer — too often scopes whether your ideas even get heard.

I gave a talk recently at Hubspot’s Inbound 2017 conference, and shared my story about how I came to understand that — in this modern economy — ideas are the most important resource, and thus people’s onlyness is the key. I learned this by living my personal story.

My Ideas Fell on Deaf Ears, Too

You see, when I was 18, I had come home from a day at the community college to a house full of aunties, making a biryani feast, and celebrating that my arranged marriage had been… well, arranged. Despite growing up in America since I was 4.5, I always knew that “my job” was to marry well. I had accepted it.

But I also had asked for one thing, for myself. So, the first question I asked my uncle who was helping with these arrangements was if he had asked the groom if I could get an education. My uncle told me, sadly, he couldn’t ask because my own mother wouldn’t allow him to. You see, she was negotiating for a house so her future was provided for, and not for my interests, my hopes. I knew that if no one asked early, it would cost me at least a year, if not a lifetime to achieve that dream.

I waited until the extended family of aunties and uncles left before I made the case for my mother to change her mind. Grabbing an old box left over from the groceries, I theatrically put in 5 books and 1 outfit, (mind you, no toothbrush) … and turned to my mother, stating:

I am the product. You cannot do the deal without me and so please, just change your mind to ask the groom.

Then, I walked out the door not knowing where I was headed. I ended up at the local Winchell’s donut shop. (as one does!) One apple fritter and a donut hole later, I called home. But my mother didn’t relent. I figured I’d be home by the following morning, or maybe the one after. But that day never came, and nearly thirty years have passed since then. I was kicked out of my family, homeless, penniless, disowned.

You see, that society didn’t value me as the individual — “Nilofer” — with her own unique history and experience, visions and hopes. The distinct onlyness was lost; the person seen instead through the lens and groupings of Islamic / Indian / woman, whose identity and thus value to the world was to serve her family.

This is when I first noticed that being seen as an abstract person, thru the lens of a category limits what you can do, and get done.

It’s why I say that power is not simply personal, but deeply social.

And, I would notice this again in my first job at Apple, when I got invited to a brainstorming meeting. I did research and showed up with ideas to contribute but it only took a few minutes to realize they didn’t mean all ideas, they meant the ideas that came from MBA types.

Can you recall different rooms you were in, where you were or weren’t seen for yourself? What did that mean to you then? And now?

Research says that this pattern is persistent. In this way, existing power structures either limit or liberate ideas. Which, naturally, has a ripple effect. It changes who gets to have ideas, thus what ideas are generated, and ultimately the value created. It’s estimated that just 30-some % of our ideas are making it through now.

Claim Your Onlyness, Be Heard

When this happens, we ALL miss out, on the creativity, solutions & innovations that humanity most needs. And, that’s why this has to change.

Change starts with each of us claiming that spot in the world ONLY you stand in, and that seemingly “wild” idea you have. Act on it, and by that action you change what happens next. For all of us. For each of us.

Question of the day - Are you naturally outgoing?

Are you naturally outgoing? 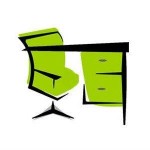 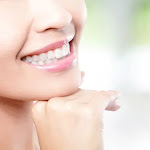