The validity of religion, whether individual or the construct of it on the whole is often called into question. There are certainly many skeptics in our world. Understanding religions can be difficult, particularly if you did not grow up familiar with what it looks like to be a part of one. Tensions between people of varying worldviews/faiths are age-old and complex, many of them intertwining with significant historical events.

But many conflicts/tensions between differing worldviews can be boiled down simply to a lack of understanding. There are countless misconceptions about almost every single religion, with varying degrees of severity - but some have done a great deal of damage to the reputation of both individual members and religious groups on the whole.

It’s true, most of these misconceptions come from somewhere. But not everything you read on the internet is written from an unbiased standpoint, or without an agenda. And the beliefs of one person or extremist do not dictate the actions of hundreds, thousands, or millions of people.

To some degree, you will never fully understand a religion if you are not a part of it. There are cultural contexts that probably just won’t make sense to those who haven’t been immersed in them.

However - do your research. An important part of respecting others is being educated on how they live their lives. Ask friends who have different beliefs than you to explain and fill you in without igniting a debate. Get to know people you disagree with intentionally, and find out what other worldviews look like. Our world is big, and complicated, and diverse. Don’t just listen to rumors and headlines. Focusing on people and relationships gives you a more informed, more well-rounded view and better equips you for life in community.

A study in 2017 showed that Americans were increasingly showing warmer feelings towards different religions.

The same study demonstrated that young adults’ feelings towards various religions had a fairly small range, whereas participants 65+ had much more variation based on religion.

Islamophobia has been extremely prevalent in the UK - despite being illegal. Hate crimes have increased, rising by as much as 500% in one month in 2017.

Photo of the day - Common Misconceptions About Religion 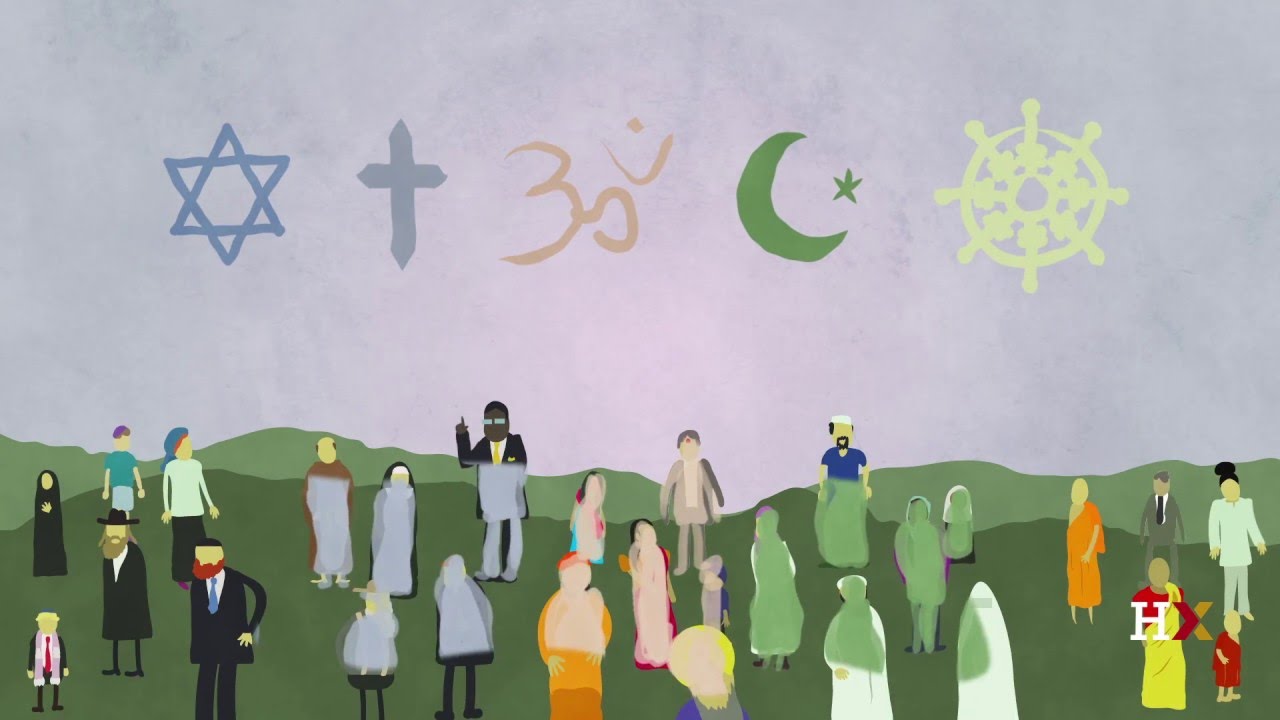 The final portrait is often furthest from the truth.

Article of the day - Common Misconceptions About Religion

Being misunderstood is no fun in any context but when it is about something so personally meaningful as religion or non-religion, it can be infuriating.

We asked the community on the HuffPost Religion Facebook page if they could get rid of one misconception about their religious or secular tradition, what would it be?

Check out some of the answers here and add your own below in the comments section.

1. Belief does not equal faith.
2. Atheists are not anti-religion.
3. All Christians are like not like ones you see on T.V.
4. Atheism and Agnosticism are not mutually exclusive.
5. People who believe in God are not less intelligent.
6. Episcopalians are not all white, rich and privileged.
7. Non-theists are not evil.
8. The Buddha is not a diety.
9. Being Christian does not mean anti-science.
10. Lutherans are not all German.
11. Muslims are not terrorists.
12. The Pope is fallible.
13. All priests are not pedophiles.
14. Some Catholics are pro-choice.
15. Predestination is a thing of the past.
16. Buddhism isn’t a pessimistic philosophy.
17. Christianity is not about Christians. Christianity is about Jesus Christ.
18. Humanist is not the same as Atheist.
19. Catholics do not worship Mary and the Pope.
20. Christians are not perfect and they don’t have perfect lives.
21. Muslims are unimaginable diverse.
22. Baptists can be people who drink and dance.
23. You don’t have to be baptized in water to be saved.
24. Wiccans do not worship Satan.
25. People choose to do evil in ALL religious groups. Neopaganism does not have any more or less “evil” participants than any other belief system.
26. Islam does not oppress women.
27. Salvation is not about getting into Heaven.
28. All Jewish people are not rich.
29. All non-believers are not lost and angry.
30. Muslim women are not uneducated.
31. It’s the trinity Jehovah witnesses don’t believe in. Not Jesus.
32. Atheists can experience wonder.
33. Religious people are not better than anyone else.
34. Judaism is a religion of both law and love.
35. All Christians are not anti-gay.
36. Atheists are not “angry at God”.
37. Allah is not different from God.
38. Unitarian Universalists do not believe anything they want. They have seven solid principles.
39. Not all Christians read the word of God literally as fact.
40. Not all Mormons are brain washed and believe the same thing.
41. People who don’t believe in any religion don’t lack morals.
42. There isn’t just one “true” Christianity.
43. Mormons are not polygamists.
44. Not all people who say they are following God actually are.
45. Neopagans are not Satanists.

Question of the day - What is a falsehood you’ve heard about your own worldview/religion?

What is a falsehood you’ve heard about your own worldview/religion?